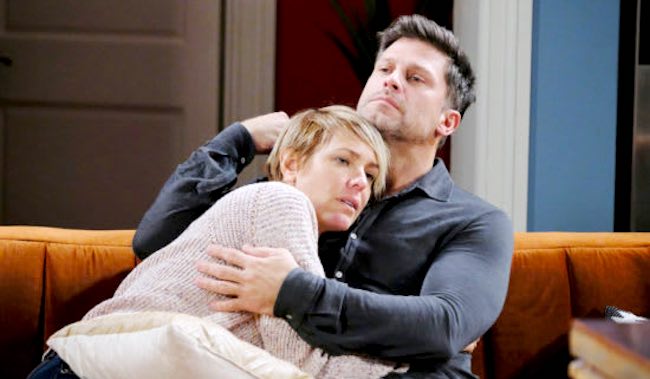 Days Of Our Lives Spoilers teases it is going to be a mix of different emotions in Salem in the upcoming week. The storyline is going to consist of tragedies, celebrations, and people losing jobs. Rafe and Hope’s married life has turned into a disaster since he started to raise baby David. There is going to be sad news on the Holly front. Let’s take a detailed look into what’s going on.

Fans are dying to know updates on Holly’s kidnap. They are going to rush to the site of the accident, and it’s going to be heartbreaking. According to the teasers, Holly passed away at the scene of the accident. If she is really dead, it could affect a lot of lives. Nicole is already mad at Eric for leaving Holly with Chloe. Chloe is going to hear a lot from Nicole if something happens to Holly. Eric is elated at the sight of Nicole’s return, and their romance is budding once again.

In the latest #DAYS, a mysterious person is in Holly’s room.https://t.co/ZsCmioRrzb pic.twitter.com/weWSxfCYaJ

But Holly’s well-being is compromised, and Nicole won’t be able to tolerate that. This can put a kink in their love and spoil their relationship to some extent. Moreover, Nicole will turn to Brady for some comfort. It seems like bringing her ex back into the picture will also contribute to some feuds in Eric and Nicole’s relationship.

What Does It Mean For Sarah?

Could that mean that Eric might get together with Sarah again? He obviously loves Nicole but his feelings for Sarah are also genuine. She is devastated by Holly’s death too. But Sarah is also sad about the fact that she has probably lost Eric to Nicole. She finally had a man who confessed his feelings for her. But now she has accepted that she has lost him to the woman who is back from the dead. Sarah already knows how much Nicole means to him. She won’t deliberately come between them.

In the latest #DAYS, Eric confides in Sarah his regrets about Nicole.https://t.co/ZsCmioRrzb pic.twitter.com/I6ht87xrzf

Rafe And Hope In a Bitter Situation, Maggie Stressed Out

If Holly ends up dead, Hope is going to be in deep turmoil. She is going to be furious at Rafe for not following the orders. Since she was in charge of the mission, she is going to be facing some callous times. As of Maggie, she is already bearing the loss of a child. But losing a grandchild in the process is too much to take. She will be tempted to drink and might fall back into her addiction once again. Well, can you blame her? Her life is a living hell right now with all the major losses she has been dealing with.

Ciara and Ben rush to give Stefan and Chloe the bad news. Since Chloe is the adoptive mother of Holly, her life is going to be turned upside down when she hears about the little girl passing away.

How do you think Holly’s death is going to impact the storyline? Let us know in the comments below. Stay tuned with TV Season Spoilers to get Days of Our Lives Spoilers and updates for upcoming episodes.