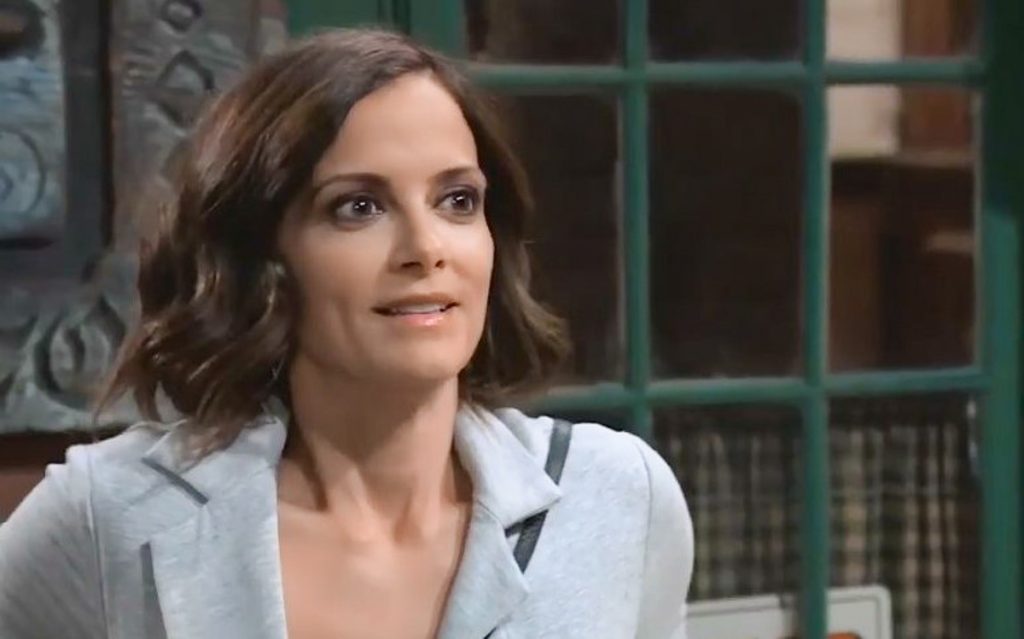 General Hospital Spoilers: Hayden Barnes On Her Way Back To Port Charles?

General Hospital spoilers indicate that an old face might be coming back to Port Charles soon. This is none other than Hayden Barnes, who could be on her way back to the soap opera. General Hospital viewers know that Finn and Elizabeth are growing closer. Not just that, Finn is also caught up in the whole Peter disappearance drama. So, would Hayden come back to take the drama up a notch? Here is everything you need to know.

Hayden Is Being Mentioned A Lot

GH viewers who are keeping up with the show would have noticed that Hayden’s name is popping up a lot these days. Usually, when an offscreen character starts getting mentioned a lot, it hints that they are coming back. So, could Hayden be coming back? The character has been out of the canvas for almost a year now. But, recently, many characters have been mentioning her. So, this could be a sign.

Not just this, Shawn has also taken it upon himself to find out who was Hayden’s killer. Sam is helping him and wants to uncover the truth about Hayden’s shooting and disappearance. The sudden increase in mention of the name could signify that Hayden would come back sooner or later.

GH viewers would recall that Hayden loved Finn when she got pregnant with Violet. Hayden had come back home hoping that she would reunite with Finn. But when she got back, she came to know that he was living with Anna. She was on the mission to win Finn back, but then Nikolas forced her to leave.

Now, keeping in mind the way all the storylines are going on, we can say that Finn will find himself in some deep trouble. If Peter’s disappearance truth comes out, Finn will need someone who can support him. Not just that, if Finn does go to prison, Violet might need her mom. So, it is possible that Hayden could be coming back.

Hayden has been in a lot of trouble in her life. Viewers would recall that she had stolen money from the hospital and taken Nik’s diamonds. She also lied about being Jake Doe’s wife. She pushed everything to such an extent that Nikolas had to try to kill her. So, she could really be anywhere. Hayden had a huge list of people who did not like her. So, anyone could be holding her hostage.

General Hospital: Is There A Love Triangle In Making?

Viewers would recall that when Hayden first came to Port Charles, Elizabeth wasn’t very accepting of her. She could not believe that Hayden could be related to her. Of course, Liz was covering for Nikolas back in the time and didn’t want to be guilty of covering for someone who tried to kill her sister. But eventually, the two of them grew closer.

Now, if and when Hayden comes back this time, it looks like she and Liz might have some troubles. Liz has lost her husband and is growing closer to Finn. Not just Finn, Violet has started growing closer to Liz too. So, when Hayden comes back, she might feel that Liz is trying to steal her family from her and not like it. Will the sisters butt their heads again? It is possible.

If Hayden Barnes is coming back, this seems to be a great time. Finn is in a pickle, and Shawn is trying to find the truth about her shooting. So, it will all add up to the drama. Tvseasonspoilers.com will keep you updated with all the news about General Hospital as it surfaces. So, stay tuned.