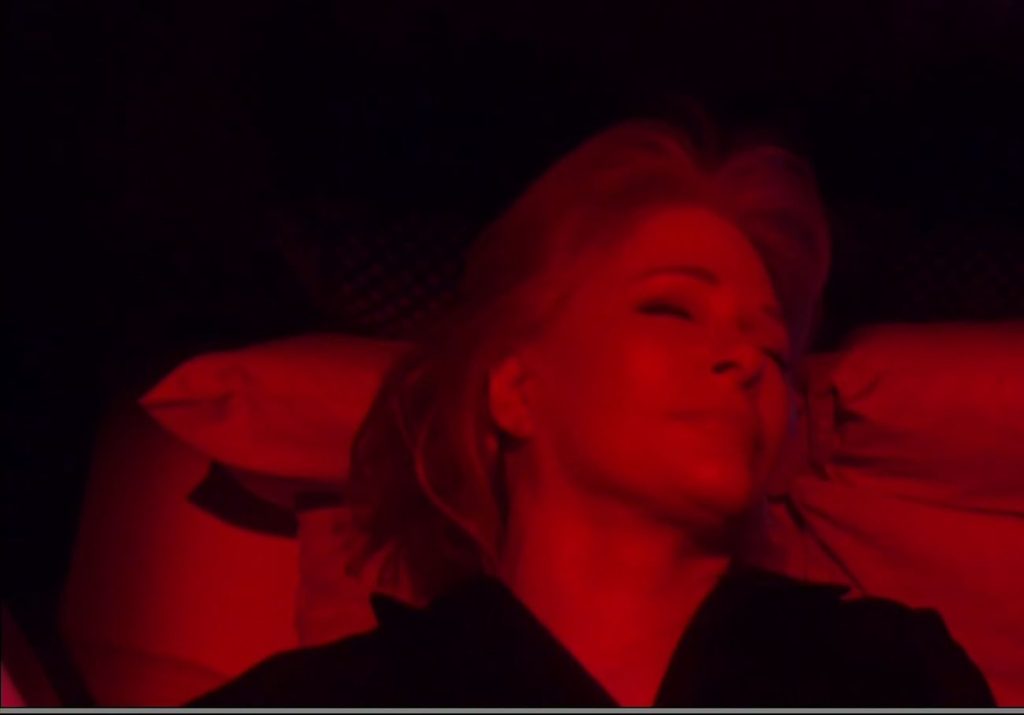 Days of Our Lives Two Weekly spoilers for December 27, 2021-January 7, 2022 are out, and it reveals that viewers are in for some drama. In the week of December 27-31, 2021, Marlena will go through exorcism, and she will finally escape the Devil’s clutches. However, Days of Our Lives spoilers say that there is more coming up there when it comes to the Devil. Allie will act out when she comes to know about Johnny and Chanel’s marriage. Chad will also come to know about a secret, and he will use it when the time comes.

Then in the week of January 3-7, 2022, Ava will make a disturbing move when she comes to know something. Xander and Rex will join hands, and they will try to search for Sarah. That mystery has been long stretched, and it looks like DOOL is finally solving it. Then, Sami will make a decision regarding Lucas that she might regret later on. What would happen? Here is everything to know.

Days Of Our Lives Spoilers For The Week Of December 27-31: Marlena Escapes Devil’s Clutches

Starting off the week of December 27-31, 2021, Eric Brady will come back in town just in time because his mother, Marlena, will need his help. Eric will come back as a priest, and he will play a key role in the upcoming Marlena’s exorcism storyline. However, Days of Our Lives won’t just dive into that storyline. First, father Eric will have to fight the temptation where Eileen Davidson’s version of Kristen DiMera.

Kristen will cross paths with Eric and remind her of the time they spent in the bed together. When this happens, Eric will make a point that nothing in that was consensual. If he hadn’t been drugged, he would have never gotten in the bed with Kristen. So, he wouldn’t fall for Kristen and concentrate on helping his mother instead.

Owing to the joint efforts of Marlena and her family, she will escape the Devil’s clutches, but this won’t be the end of the possession storyline. As per Tv Season & Spoilers, the Devil will remain in Salem and make some mysterious moves. So, some more drama is coming up.

Nicole Gets Some Shocking Information

Days of Our Lives spoilers suggest that Nicole will be in for some shocking information. She will pay EJ a visit while he is behind bars. Then, Eric will visit her at home. Both of them will catch up. And despite everything that has gone between them, they will tell that they still love each other. It will be nice for them to clear the air.

Speaking of Love, Days of Our Lives spoilers suggest that Allie still loves Chanel. So, when she comes to know about Chanel and Johnny’s wedding, she will lose it all. Chanel and Johnny will try very hard to push Allie into being happy for them, but she won’t be able to accept it. While she will calm down eventually and apologize to everyone, things will be a little difficult before that.

More related spoilers suggest that Chanel and Johnny’s marriage will take a hit this upcoming year. So, they might be on the way to annulment or even divorce.

On the other end of the town, Chad will finally get the opportunity to fly solo as the CEO of DiMera Enterprises. Since EJ is now struggling with legal issues, so he won’t be available. However, Days of Our Lives spoilers suggest that Chad will make a discovery, and that will change everything. It looks like he will come to know that Lucas is trying to frame EJ. So, he will have a big secret that he will use when he needs it.

Days of Our Lives Spoilers For The Week of January 3-7, 2022: Ava Makes Moves

As we move into the week of January 3-7, 2022, Ava will react to what she has found. She will make some disturbing moves, and that will rattle Rafe up. He will corner her and demand answers. So, this could have something to do with Duke the teddy bear. Days of Our Lives spoilers hint that Ava might “kill’ it. Using some scissors, she might chop his head off.

DOOL viewers know that Rafe has some bizarre attachment with the bear. So, when this happens, he might get suspicious that Ava’s jealousy made her do it. But, Ava might play dumb for now and act like she doesn’t know what happened. Would Xander believe her, or will he look right through her? We will have to wait to know.

On the other end of the town, Xander and Rex will meet, and Xander will want to know about Sarah’s whereabouts. He will question Rex on that, and Rex will get irritated because he has already told Xander everything. However, Xander will feel that they are still missing a few pieces of the puzzle, and he will hope that they can join hands and find Sarah.

Both of these men care about Sarah, so they might come together to find the truth. They will not be the only people to do so. Abigail will also decide to start an investigation into this thing. She will do it for Maggie Kiriakis, but Gwen will feel that she is just doing it as another act of the vengeful sister feud.

Days Of Our Lives Spoilers For The Week Of January 3-7, 2022: Sami Makes Decisions

Rounding off Days of Our Lives spoilers suggest that Sami will focus on her future. She will decide that Lucas is the man for her, and this is all because she doesn’t know what Lucas is capable of yet. So, she will most probably have a short-lived relationship with Lucas. The truth will come out sooner or later, and then Sami’s wrath will unleash.

Days of Our Lives spoilers confirm that many romances and lives will crumble in the upcoming two weeks. So, make sure you tune in and enjoy. Tv Season & Spoilers will keep you updated with all the news about the soap as it surfaces. Keep an eye on this space. Days of Our Lives airs on NBC all weekdays.