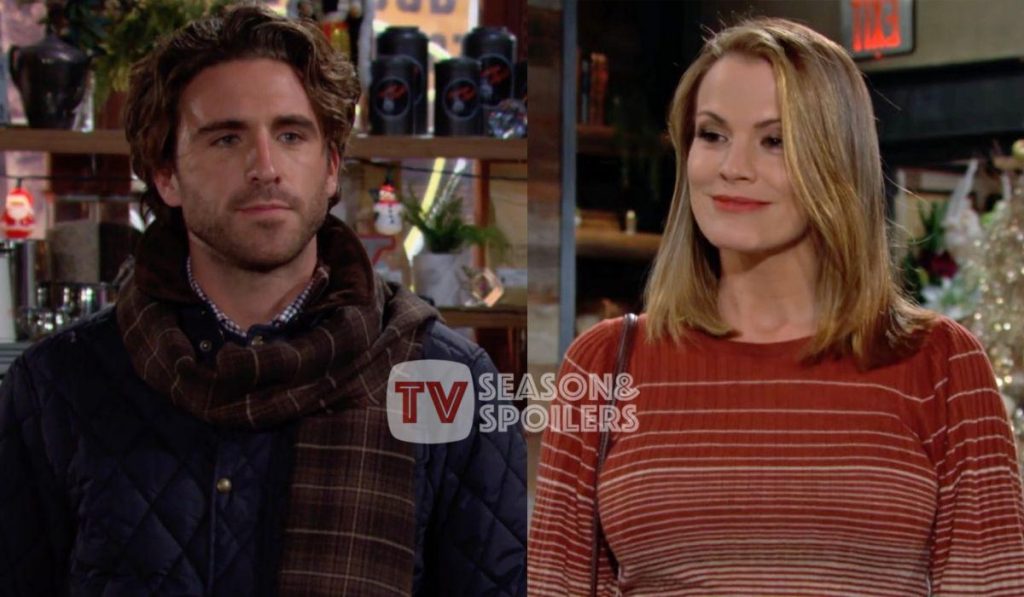 The Young And The Restless Spoilers: Chance And Chelsea The New Couple In Town? New Romance On The Cards

The Young And The Restless: Chance’s Struggles

Tv seasons & spoilers previously reported that Chance has been struggling for a while now. First, the fans saw Chance being uncomfortable with Devon’s bond with Dominic then his past started haunting him. The Y&R viewers also witnessed him telling Abby that he has doubts about him being a good father to Dominic. Chance is trying to fix his mistakes and is committed to making changes.

There are also speculations that in the coming weeks, he might start feeling like he is letting down Abby too. Y&R fans know that Abby has been encouraging him with all the good things, but Chance is not able to cope up with any situation. Chance might feel that he is not the husband Abby wants or the father Dominic needs. So, he might think about separation. A long-lasting conflict could lead to these two parting ways.

While Chance has been struggling with his past, The Young And The Restless viewers are very well aware of Chelsea’s obsession with Adam. She is stuck on Adam and determined to take down Sally Spectra. She wants to have Adam to herself and is ready to do anything for that. Chelsea is trying every trick up her sleeve to destroy Sally Spectra. But Sally always gets away somehow. Y&R viewers are also aware that Adam is also kind of interested in Sally. He has also made it clear to Chelsea that they are nothing more than co-parents.

There are speculations that Sally and Adam might end up together, leaving Chelsea all alone. If the show pairs up Adam and Sally together, they will eventually pair Chelsea up with somebody else.

Would They Come Together?

Daytime drama fans know that soaps always think about future situations and connections. And, It is very normal for them to pair up characters who feel rejected and alone in their lives. So, it is possible that a new and interesting pairing might be on the cards. In other words, there are rumors that there will be a time when Chance and Chelsea will be both single. When that happens, The Young And The Restless might most likely push them together. These characters will anyway need a love interest. So, putting them together would be kind of interesting.

Viewers might witness Chance and Chelsea sharing screen in the upcoming weeks. There are spoilers that suggest that these two will share a warm moment over coffee soon. So, this could very easily be a buildup for a budding romance. Would you be excited to see Chance and Chelsea together? Tell us in the comments below. Until then, Tv Seasons & Spoilers is your one-stop for all the soap-related updates. So, stay tuned. The Young And The Restless airs on CBS all weekdays.