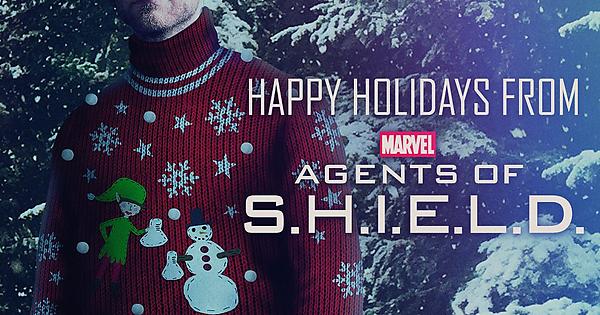 Absence Of Coulson From The Cards

These cards didn’t feature the character of Phil Coulson as he presumably died at the end of the Season 5 of Agents of Shield due to his long-term injuries after Avengers. However, this all might be a deploy for a surprise in the Season 6 as Phil Coulson have defied death too many times in the prior season of Agents of Shield. Coulson always comes up with a solution, right!!

Production Of Agents Of Shield Season 6 Is Completed

No Wait For Season 7 Of Agents Of Shield

Accusations of Agents of Shield being the last season of the series were made long before the renewal of series for Season 6. However, all these accusations turned out to be false as the makers have not made its viewers wait for a long time and have already announced that the Agents of Shield will be renewed for a Season 7. Well! Good news is coming from all directions in the festive season for Agents of Shield series.

The New Director Of The Team

Simmons said that the only thing that can prevent Mack’s capacity to lead is his hesitation to put the people he care for in the line of threat. This might affect in the decision making of the Mack. The consequences will be Mack’s toughest choice as director.

Caption For Each Character