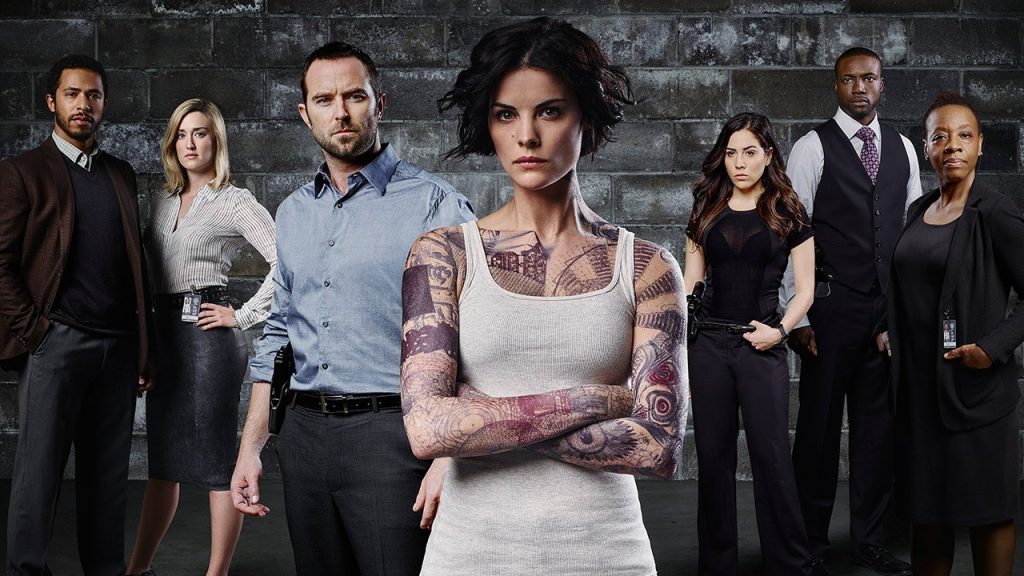 Blindspot Season 5: Every Update You Need To Know About The Sequel

Blindspot Season 5 is one of the most awaited shows of NBC. The network officially renewed the show for Season 5 back in May, few weeks before the fourth season concluded. Unfortunately, they also revealed that the fifth season would serve as the final run of the series. And since then, the network succeeded in keeping the entire details of Blindspot Season 5 inside the closet. However, it revealed that the final run of Blindspot would have 13 episodes queue.
Blindspot focuses on a woman, Jane Doe (Jaimie Alexander), who found herself waking up naked in the middle of New York Times Square, covered with tattoos. Later, the FBI discovered that the tattoos on her body were connected to one of the cases they have been working on. However, as the series continues, it linked to other conspiracies too.
The show debuted in September 2015, followed by other three seasons in next three years. The show has been received quite well by the audience and the critics as well. However, the reviews and viewership decreased with every passing installment.

The entire core cast of the show will surely return for the final run. This includes the lead Jaimie Alexander as Jane Doe and Sullivan Stapleton as Kurt Weller. Adding to the cast list, Julee Cerda (Manifest) had joined Season 5 in a recurring character. She will play the role of Ivy Sand. However, further details about the character are yet to unravel.

At the end of the fourth season, a bomb went off at a close distance. And the characters near the incident were Jane, Weller, Reade (Rob Brown), Patterson (Ashley Johnson), and Zapata (Audrey Esparza). Therefore, the lives of these characters are now on the verge. However, as to whether they have survived the explosion or not, this is what the upcoming season will primarily answer to the fans.


As show creator Martin Gero discussed with Entertainment Weekly, Season 5 will open up with two months of time gap. Also, Gero teased that presumably, they all survive from the bomb. And there will be in great unity within the team like there has never been before. Moreover, this big accident will change the entire lives of each character. With this, their different sides will also open up as an outcome.
When asked about Blindspot Season 5 is the final season, Gero cleared up that the series was basically set up for five seasons. He also stated that from the beginning, he already knew how the series would conclude.

Previously, speculations surfaced that the final installment of Blindspot will arrive by September or October of 2019. However, in NBC’s fall schedule revealed, the series was not included in the list. Therefore, Blindspot Season 5 will likely arrive in the spring or by early summer of 2020.
Blindspot began with a unique plot, and fans are curious to know what will finally happen to Jaimie’s character. Viewers appreciated the efforts of the show makers and how they thrilled up the story.