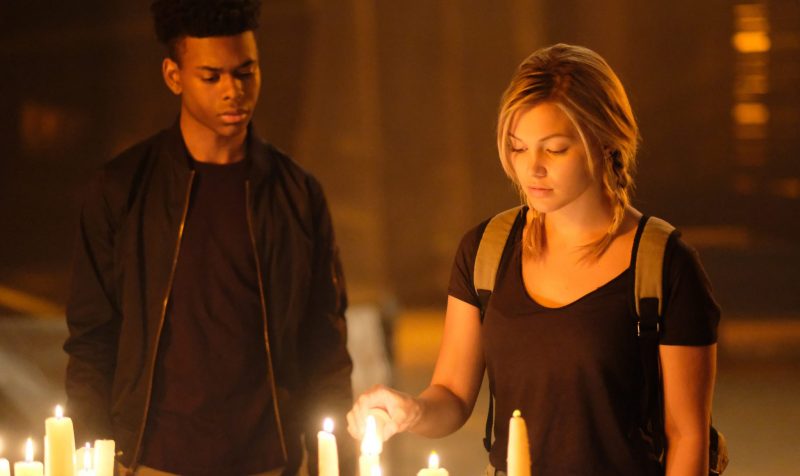 Superhit Marvel Comic adaptation is almost here! The very first trailer of “Cloak & Dagger Season 2” is up, and it is mind-blowing. After the cancelation of Marvel TV shows in recent months, this new trailer gives us a little hope. Hopefully, Marvel will soon recover and cope with the loss with Season 2 of Cloak & Dagger.
The story revolves around Tandy Bowen (Olivia Holt) and Tyrone Johnson (Aubrey Joseph). The two teenagers own some superpowers. Tandy is known as Dagger and Tyrone is called Cloak. The story is about these superheroes falling in love with each other.
The show initially premiered on June 7, 2018, and received immense love from the viewers. Marvel TV renewed the show back in July 2018. After months of the renewal, the official trailer of the show has been released. However, the trailer raised numerous questions about Cloak & Dagger Season 2.
Who is Mayhem? What will happen in Season 2? Will Tandy and Tyrone split?

We were already surprised by the teaser and inside images that were released a week ago. The new trailer is just going to increase fans’ excitement. We saw Tandy and Tyrone struggling with their relationship. Also, a new anti-hero enters the story to increase our confusion.
The new season will be about sex trafficking, it will be full of mysteries. Moreover, Cloak and Dagger will struggle to find the missing girls that were smuggled. Despite the interruption from the new villain, they will strive to solve the case.
On the other hand, the anti-hero Mayhem seems like another mystery herself. We clearly know that she is the villain, but her intentions seem to be fine. Also, Mayhem tries to find the missing girl, Tandy mentions ‘she is trying to save them.’ This creates confusion about Mayhem’s character and her true intentions about the case.
https://youtu.be/6kay8vAp-S8
Moreover, we also learn that Tandy and Tyrone are trying to get control over their new superpowers. As we see Dagger practicing to use her knife, Cloak tries to discover his powers. The trailer hints that Cloak & Dagger Season 2 will not be easy for our heroes.

We now know that the series will introduce the new villain Mayhem. Actress Emma Lahana will play the new anti-hero.

On the other hand, the trailer also hints that several new monsters will appear in the new installment. Moreover, Tandy and Tyrone will have to fight many more monsters than they did in the first season.
Since the new season is going to be about sex trafficking, it may introduce new cast members. Victims along and a few villains are appearing in Season 2.

Marvel released the official trailer of the show on 19th February 2019. The trailer confirms the release date of Cloak & Dagger Season. The superhero teen-drama will premiere on April 4, 2019.
Most of the Marvel’s shows like Punisher, Jessica Jones have been canceled in the recent days. Fans were disappointed with the lack of Marvel show currently airing. However, Cloak & Dagger Season 2 is the sole reason to hope for the recovery of Marvel TV.