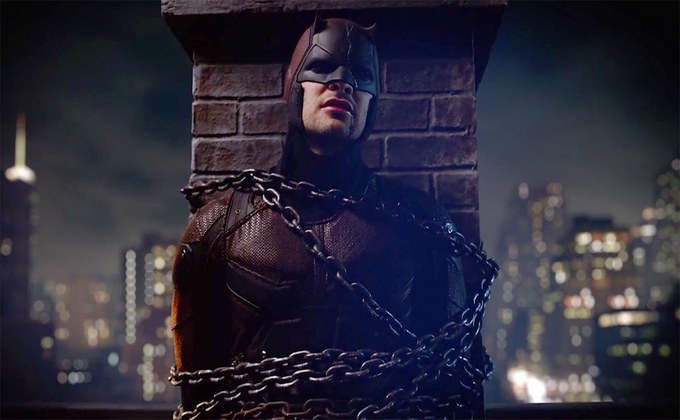 Much to the shock of fans, Netflix has canceled the most favorite Marvel TV series Daredevil Season 4. It looks like Netflix is about to end its relationship with the Marvel studios. The first Marvel series to get canceled was Iron Fist (the least rated Marvel series on Netflix), and at present only two more Marvel series are remaining. It’s high time for the fans to get on the social media and try to bring back the Daredevil.

Daredevil’s third season got great reviews from the fans and critics. The season 3 ended on a very high note, and fans expected more to be coming from the production team. However, the cancellation of the show was quite a shocker. With this, it is clear to say that there something more than ratings or views was responsible for this decision by Netflix.

Fans thought that the season 4 was on the cards when show runner Oleson earlier this month tweeted that he was trying to pitch for a fourth season to Netflix. So this was supposed to be good news for the Daredevil fans. However, recently ‘Deadline’ received an official statement from Netflix about the cancellation of the show.

“Marvel’s Daredevil will not return for a fourth season on Netflix. We are tremendously proud of the show’s last and final season, and although it’s painful for the fans, we feel it best to close this chapter on a high note. We’re thankful to show runner Erik Oleson, the show’s writers, stellar crew and an incredible cast including Charlie Cox as Daredevil himself, and we’re grateful to the fans who have supported the show over the years. While the series on Netflix has ended, the three existing seasons will remain on the service for years to come, while the Daredevil character will live on in future projects for Marvel.”

Interestingly, this decision is taken just after six weeks of the unexpected cancellation of Luke Cage. And, fans are devastated by these recent changes in the relationship between Marvel and Netflix.

Netflix vs. Marvel: Next Shows Lined up for Cancellation

Fans who have been following the Marvel series on Netflix would know that these cancellations started from Iron Fist. The ratings and views were bad and the show got cancelled.

Luke Cage was canceled just after two seasons. Cancellation of Luke Cage was a turn around in the events since the show was highly successful.

Now after the Daredevil, Punisher and Jessica Jones are the only two Marvel shows left in the Netflix streaming series. Both the series are lined up for their new seasons. The Punisher is all set to be back in 2019 for its second installment. Jessica Jones Season 3 is under production and will be coming in early 2020.

Considering the cancellation of the flagship Marvel series, it looks tough for the Punisher and Jessica Jones being continued. So, the next ones might be the final season.

Fans have been wondering why Netflix is getting rid of all the Marvel shows? The main reason for the cancellation is that Disney is about to get into the online streaming service business. Disney+ will be the new competitor in the market, and it will be starting its own Marvel series. Hence Netflix began to axing down its collaborator’s (Marvel) shows. So, soon we might be seeing the contract ending between Marvel and Netflix.

Daredevil Season 4: What will be the future of the Marvel shows?

Though being a cause for the cancellation of shows, Disney+ promises great MCU series ahead. It is planning for a series featuring the God of Mischief Loki staring Tom Hiddleston. Solo series of Scarlet Witch and Winter Soldier are also under considerations.

We have seen many shows getting renewed on the demand of fans. So, Charlie Cox has been active on social media to pump up the fans for getting Daredevil. There are fewer chances for the show to be renewed by Netflix. However, with demand from fans, Disney+ might take up and continue the series. So its time for the fans to raise their voice and get their favorite show back. Marvel fans have begun the campaign to convince Netflix to renew the show for Daredevil Season 4.