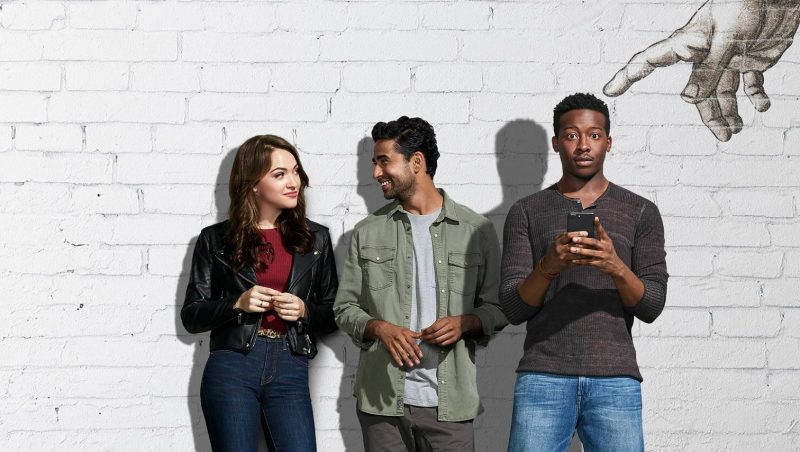 “God sent you a friend request.” And this changed many lives in CBS’s new Sunday night show. The dramedy became one of the top three new shows on the television network. The finale of the debut season is near, and fans are already waiting for ‘God Friended Me Season 2.’. The finale episode of the first season is releasing this Sunday, on April 14, 2019.
God Friended Me is a funny and heart-warming family show. It features the life of Miles Finer (Brandon Micheal Hall), an atheist, who gets a friend request from “God.” Skeptical at first, Miles gets along several twists and turns that makes him question the existence of God. The Facebook account, who claims to be God suggests him some people on the site.

He helps the people God suggest and ironically becomes their agent. However, he later gets on a mission to find the person behind the FB account. This journey gets exciting and hilarious. Besides, the show keeps up the drama quotient.
The latest episode of Season 1 released on March 31, 2019, and it was one of the most entertaining of all. The season finale is almost here, and fans are thrilled to know how the series will end. Moreover, it will open many more plot possibilities for Season 2.

The showrunners of God Friended Me have been pretty impressed with the way it turned out to be. It was appreciated by fans, had high viewership count and earned exceptionally well for a comedy-drama. Hence, they had to give the show, a renewal. CBS didn’t take long to renew the series and announced the news even before the Season 1 finale release.

The humorous series currently has a lot of competition on the network. 2019 came with several new comedies that can be a tough fight in the viewership. However, God Friended Me has a unique concept, which can not be neglected. The makers will have to up their game in the second installment to survive competition in the genre.

God Friended Me Season 2: What Will Happen Next?

The debut series has taken different turns towards its conclusion. By the nineteenth episode, Mile finally comes face to face with Simon Hayes (Adam Goldberg). Things turn out to be weird as Miles, Cara (Violett Beane) and Rakesh (Suraj Sharma) could not hack into God’s account. Instead, they get a friend suggestion from him which mentions Simon.

This Sunday, get ready to meet Henry Chase and get ready for a season finale you won't soon forget! #GodFriendedMe pic.twitter.com/HAax9hLOSP

We do not know what may happen in the final episode; however, it is expected to be intense. The season finale may be shocking for Miles and the team. Moreover, the plot of God Friended Me Season 2 totally depends upon how it ends. Though, we can expect Miles to continue being an agent for God (via his facebook account).

God Friended Me Season 2: When Will It Release?

In January 2019, CBS confirmed the return of our favorite show for a second season. Moreover, they also assure that God Friended Me Season 2 would not lose its 8:00 pm Sunday slot on the channel. The television network is yet to declare a concrete premiere date. However, they hint that Season 2 will surely arrive by 2019 or 2020.
What do you demand from a dramedy? God Friended Me gives you comedy and fun, alongside light-hearted drama and an interesting plotline. Most of the show in the genre lack one of the main constituents. However, this CBS show even gives an amazing ensemble cast that has given remarkable performances. We hope that God Friended Me Season 2 turns out to be as noteworthy as its debut.