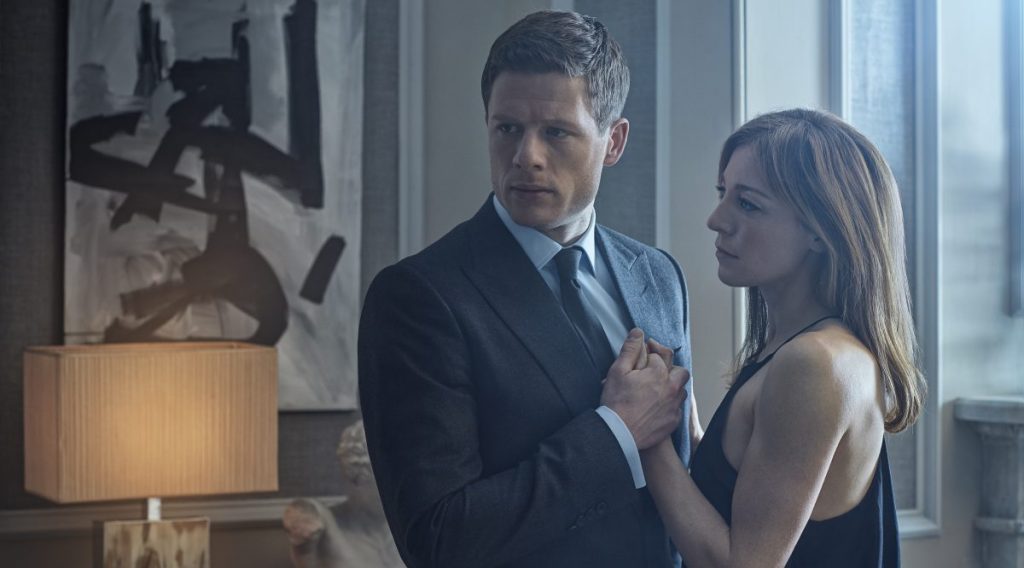 Welcome to the franchise! BBC has renewed its crime drama series McMafia for Season 2. The series got quite famous after its debut on BBC One and has premiered in America on AMC. The show’s thriller sequence with insights in the crime world makes it stand alone in its genre. Moreover, McMafia protagonist James Norton as Alex Godman has got huge praises. The star and his character are loved all across the globe.
McMafia is based on former BBC international correspondent Misha Glenny’s bestselling book of the very name. The first season of the show was a massive hit both on BBC One and iPlayer.
The show follows the life of Alex Godman. Godman is an English-raised son of an expatriated Russian crime family. He has spent years seeking to evade his family’s past. He run a legitimate business and working on the future with his girlfriend, Rebecca. Although things change when a tragedy strikes. Godman now finds himself drawn into the dark underworld of international crime, fighting for revenge and survival.
What Will Happen In Season 2? Who will feature in it? When will it return on our screens? Here’s all you need to know about Season 2 –

The Story-line Of McMafia Season 2

Well, the first season marked the beginning of crime and terror in Alex’s life. Season 2 will explore the depths of it. Alex’s effort to stay away from the family business will presumably be inefficient. The more challenges and threats will arise in Season 2. Moreover, it will be full of action and thriller scenes.
According to the writers of McMafia, Season 2 will cast more light on the shady junctions of transnational criminals and their enablers in law, intelligence agencies, finance, and also in governments. Undoubtedly, we will see McMafia Season 2 on a more grand level of crime.
James Watkins, the show’s director and co-creator, told the Express that he just wanted this series to go down well with people and then he will see where they head. He added that he is sure it will be just as exciting as the first one.

Who Will Feature In Season 2

James Norton will reprise his leading role of Alex Goodman. Faye Marsay will join the BAFTA-nominated actor in Season 2. Furthermore, David Denick will pursue his role as Boris Goodman.
Also, we will see Juliet Rylance portraying the role of Rebecca Harper. Aleksey Serebryakov will characterise Dimitri Godman, and Maria Shukshin will continue as Oksana Godman. Some new addition in the antagonist sections is also expected in the Season 2 of McMafia.

McMafia is co-produced by BBC and U.S. network AMC. Both networks have confirmed the series for another season. However, no premiere dates are yet revealed for McMafia Season 2. The show will presumably premiere in the mid-quarters of 2019.