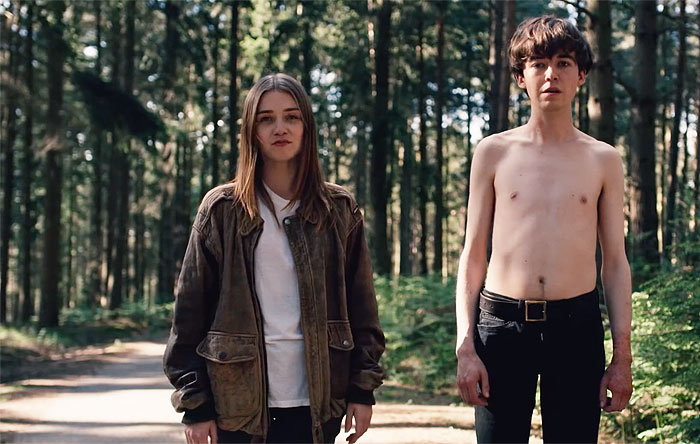 Will 'The End of the F***ing World' Season 2 Sway The Perfect?

Channel 4 and Netflix’s are all set to deliver more dark humor. Channel 4 has renewed The End of the F***ing World Season 2. It is one of the most anticipated shows on Netflix. The series is also known for its excellent critic ratings. The first episode premiered on Channel 4 on 24 October 2017.

we'll be f***ing back. pic.twitter.com/K1Ai7iVeZD

Soon fans started wondering will there be a sequel or not?  Finally, on 21st August 2018, the show got renewed for its second season. TEOTFW is based on the comic book series by Charles Forsman. The series follows two teen outsiders James (Alex Lawther) and Alyssa (Jessica Barden). The show features their road trip to find Alyssa’s father. However, Alyssa is unaware that James intends to kill her. Well! This stands for a unique plot.
The Season 1 ended on a cliffhanger. Leaving a lot to be told. The End of the F***ing World Season 2 will answer all the questions. Here’s all the update about the upcoming season –

Well! The finale of Season 1 ended on a cliffhanger. We saw James running away from cops, and a gun shot, and then all dark. This could mean James got shot. Although, a chasing sequence between the police and James might also feature at the beginning of the second season.
There are numerous possibilities for what can happen next. We can see the self-proclaimed serial killer in Jail. We can see James escaping and moving on to finish his target. The possibility of a time jump is also there. Alyssa’s fate is also yet not decided. What will happen to her is also an interesting scenario.
Talking about the show, creator Lawther said that the original ending was more absurd about James death. However, it was a bit altered to make room for another season. He added that he liked the way it ended because it allows them to make way for another season.

Can The End of the F***ing World Season 2 Affect the Perfect!

Season 1 of The End of the F***ing World was a masterpiece. All loved the show. It ended nearly as the intended in the Novels. So was there a possibility for Season 2? Well! The showrunners are familiar with these acquisitions and dilemma.
Many viewers suggest that the series has met its end. It is diabolical to ruin the perfect show, by extending it to no interest.

The Creators’ Are Acknowledged With This Fact

The creator of the show Entwistle said that he had seen the series of press and reviews from the somewhat older viewers. They are like, You can’t make a Season 2 because it would do this, this, and this. All these discussions are correct. He added that thus we are looking at what the people who loved the series are saying, to see how we can unwrap that and how we could sustain the temper of the show.

Channel 4 and Netflix have yet not announced about the premiere dates for The End of the F***ing World Season 2. However, according to the speculations, the series’ second installment will air in the second half of 2019. Moreover, it will take a bit longer than its initial release to air on Netflix UK.