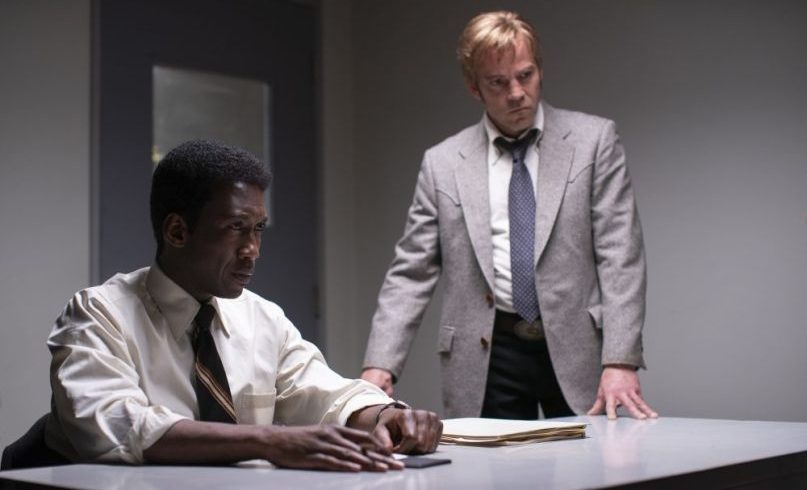 True Detective Season 3 is about to end with the season finale episode next week. The Seventh episode of season 3 ‘The Final Country’ premiered on 17th February 2019. Everyone is now excited to know what is going to happen in “True Detective Season 3 Episode 8” – ‘Now Am Found.’ As this episode will be the final episode of the season, it is expected to have quite some plot twists with an end that will leave the audience wonderstruck.

HBO has released the promo of the season finale episode. The penultimate episode of True Detective released a couple of significant discoveries and then ended with an enormous cliffhanger. The trailer will help the audience to speculate about the ending of the third season. However, the final episode is going to be haunting.

Until the previous episode, Wayne and Roland (Stephen Dorff) find a man who left the police force in the middle of the Purcell case and investigates to him. They also achieved justice on Harris James (Scott Shepherd) who killed Tom Purcell (Scoot McNairy). In the disappearance of Julie Purcell, there is also a considerable role of Hoyt (Michael Rooker) and is undoubtedly aware of the murder of Harry.

What is the fate of Purcell’s murder case?

According to the True Detective Season 3 Episode 8 Spoilers, the Purcell case will finally reveal. But Detective Wayne (Mahershala Ali) will struggle to hold on to the memories and the truth because of Wayne’s fading memory. The trailer begins with Amelia (Carmen Ejogo) reading a paragraph from a book: “Time is the school in which we learn, time is the fire in which we burn…” The case is investigated with more precision and suspicion after this. However, during all this, he and West walk up to a door in a dark tunnel. The clip was ended with the unlocked door, and Hays heard saying in shock: “My God… ”
When discussed with the executive producer and writer David Sackheim, he said that he had sworn secrecy to talk about the finale. However, the speculations about the appearance of season one’s characters have also flourished. This is because of the relationship of Season third’s Purcell’s case with Season one’s Rust Cohle’s case.
The reporter Elisa (Sarah Gadon) tells Wayne while interviewing about a theory that accuses a pedophile ring of the death of William Purcell and kidnapping of Julie — the same pedophile ring connected with a serial killer grounded by Cohle and Marty Hart three years earlier. Therefore, Matthew McConaughey and Woody Harrelson are expected to feature in the season finale episode.

True Detective Season 3 Episode 8 will release on February 24th. The episode will broadcast in the United States and the next Monday night in Ireland and UK. More ventures await on the part of Wayne Hays. Stay tuned for more updates.