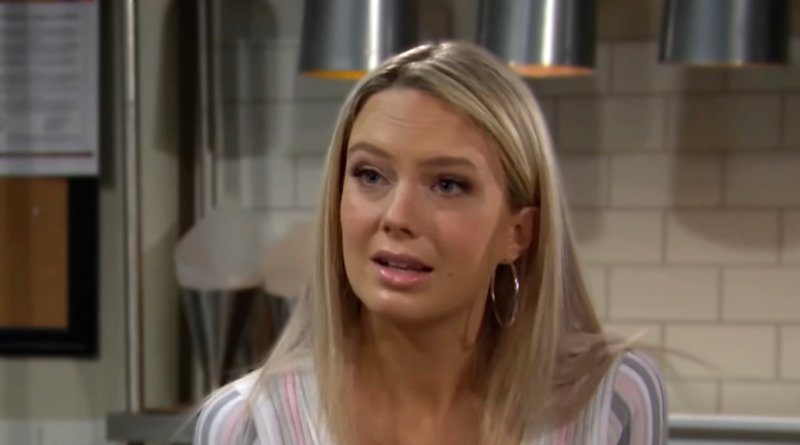 The Young And The Restless: Dr. Ben “Stitch” Rayburn Becomes A Danger To Abby?

It looks like Abby is in Danger. The latest The Young and the Restless spoilers suggest that Abby might find herself in some unforeseen danger in the upcoming days. Viewers would remember that Abby recently ran into her ex-husband, Dr. Ben “Stitch” Rayburn, who is in town these days.

While the two of them seemed to be friendly to one another, The Young and the Restless spoilers note that Stitch might prove to be a danger. What would happen? Keep reading to find out.

Long time The Young and the Restless viewers would recall that there was a time when Abby and Ben were happily married. However, their marriage did not last long. Ben’s son- Max Rayburn, blamed Abby for his mother’s death. And ever since then, he had been after her. Abby tried her best to be a good stepmom to Max, but he did not seem to accept her. Soon, it was clear that something was wrong with him.

When Abby announced her pregnancy, both she and Stitch were very happy. However, things went down the spiral when Abby fell off the stairs and lost her child. Later on, everyone came to know that all of that was orchestrated by Max. He wanted revenge. The loss of the baby then caused Stitch and Abby to part ways. Stitch went away to be with his son and help him through the mental facility.

Dr. Ben Is Back In Town

Ben “Stitch” Rayburn is back in Genoa City, and it looks like something is wrong there. Viewers would have noticed that someone is following Abby’s moves. And whoever this person is, he or she was watching her through the window when she was asleep. Viewers got to see a huge shadow being cast on her. So, it doesn’t look like all of this is a coincidence. Keeping in mind the timing of the events, it looks like this stalker is none other than Ben “Stitch” Rayburn. He could be obsessed with his ex-wife, and now he would want to be with her.

The Young And The Restless: Is Abby In Danger?

Abby is alone and in a vulnerable position right now. Her husband Chance is away on a secret mission. In addition, Abby is expecting a child through Mariah Copeland. So, her plate is so full that she might not be able to see where the trouble is coming from. The Young and the Restless spoilers suggest that Ben might become a problem for Abby soon.

She thinks that he has moved on. But, it is clear that he hasn’t. It is possible that when Ben sees Abby’s new life, he might start wondering what his and Abby’s life could have been together. He loved Abby and wanted to have a family with her. But, all of that was taken away from him. So now, when he sees all of this, he might feel that he should be the one to have all of this.

Since Chance is nowhere to be seen, Ben might make a move. His obsession for Abby might spiral out of control, and that might take a dangerous turn. Will Abby be okay? What would happen next? We will have to wait to know. The Young and the Restless spoilers suggest that some very thrilling drama could be coming up on the soap opera. So, stay tuned. Tvseasonspoilers.com will keep passing on all the updates. Keep an eye on this space.