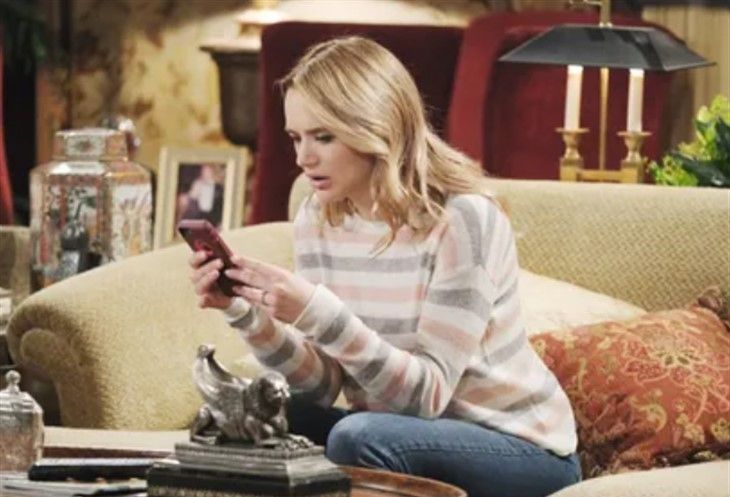 The Young and the Restless preview video for the upcoming week of June 28- July 2 is out. And it looks like viewers are in for some thrilling storylines. Summer will finally make a decision that will leave Kyle shocked and heartbroken. Does that mean she is leaving the town? Then, Ashland will receive some upsetting news. The silver lining is, Victoria will be by his side. Rounding off will be Amanda, who will continue to search for answers. Keep reading to find more details about these storylines.

In the week of June 28-2 July, Summer will make a decision. The Young and the Restless viewers know that Tara is blackmailing Summer into leaving Genoa City and breaking up with Kyle. At this very moment, Summer thinks that she is backed up in a corner. So, she will believe that the wise thing to do is to walk away. Spoilers suggest that Summer will shed many tears as she tells Kyle that they don’t have a future together. She will also say that Kyle has nothing left to fight for.

The promo clip also sees Kyle as he fights for his relationship. Kyle protests that he still has to fight for the life he and Summer had planned together. Spoilers indicate that Kyle will beg Summer to stay and give their dreams a chance, but Summer will stand her ground and leave the love of her life alone. She will think that she is cruel to Kyle for his own good. She will also hope that she was able to convince Kyle not to pursue her.

The Young And The Restless: Ashland Gets Some Bad News

On the other end of the town, Ashland will be spending time with Victoria. The two of them will be bonding when Ashland gets some bad news. Viewers know that Billy has a sense that something is going on with Ashland. So, it looks like he will come to know about Ashland’s health, and he might pursue the storyline.

Perhaps Ashland will be upset when he comes to know about the initial gossip. He will start questioning who could have leaked this information. Ashland was aware that the news would eventually spread. But he was hoping that it wouldn’t happen so soon. In fact, he was looking forward to the merger with Victoria. But now that Ashland comes to know this, he will get upset. However, Victoria will be by his side and reassure him that whatever is coming, they will handle it together.

Rounding off the preview video is Amanda, who will confront Sutton Ames and Naya Benedict in the park. She will want more answers. Naya will turn herself in for causing Richard Nealon’s car crash this Friday. However, Amanda wouldn’t think that’s the whole story. She will think that Sutton had something to do with it.

So, in the week of June 28-July 2, Amanda will ask Sutton how he convinced Naya to take responsibility for the crime? Amanda doesn’t know the whole story right now, but she will continue to work to get it until she knows it all. What will more twists come up when it comes to Richard’s murder storyline? We will know soon. The Young and the Restless is bringing in some thrilling storylines. Make sure you tune in and enjoy.