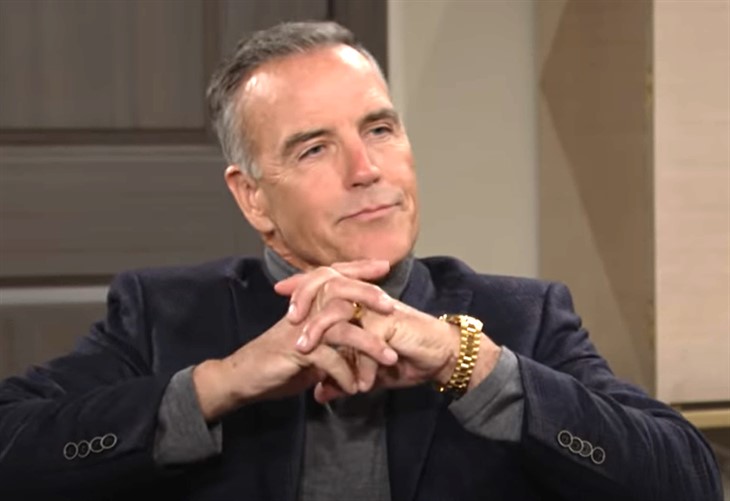 The Young And The Restless: Richard Burgi Talks About The REAL REASON For Leaving The Soap, Reveals He Was FIRED

The Young and the Restless fans who have been keeping with the updates know that Richard Burgi is out of the soap opera. In fact, his character has been recast overnight. This was the kind of news that everyone was shocked. While everyone was trying to accept this sudden change, they had also been wondering what led to this. Now, the actor himself took things into his own hands and set the record straight.

Burgi posted a video on Instagram where he talked about his exit and revealed that it had nothing to do with his performance or the storyline. In fact, it had everything to do with the pandemic. He admitted that he was naive and unknowingly violated the show’s COVID policy.

He had tested positive over their Christmas break. And after that, he isolated himself for five days as CDC recommends. After that, he came back to work and was tested negative twice. However, this wasn’t it because the show’s guideline asks them to follow a 10-day protocol. Burgi revealed that he feels terrible about this, and it bothers him very much. With that said, he also says that it is what it is, and he respects the show’s decisions.

Concluding the video, he sent some good wishes to Robert Newman, who is taking on the role of Ashland on The Young And The Restless. Burgi says that he truly wishes that the gentleman who is coming in as Ashland has a wonderful time. He told everyone that he would be working with an incredible actress and great cast. He also sent his love to CBS soap and called The Young And The Restless, an amazing show.

Richard did a good thing by clearing the air and keeping in mind everything he said, it doesn’t look like he is holding any grudge against the show. As for the new Ashland, Tv Season & Spoilers had previously reported that Robert Newman is joining the cast as Burgi’s replacement and will start his stint in February 2022. It will be fun to see what he brings to the table. So, stay tuned. The Young And The Restless airs on CBS all weekdays. Don’t miss the action.