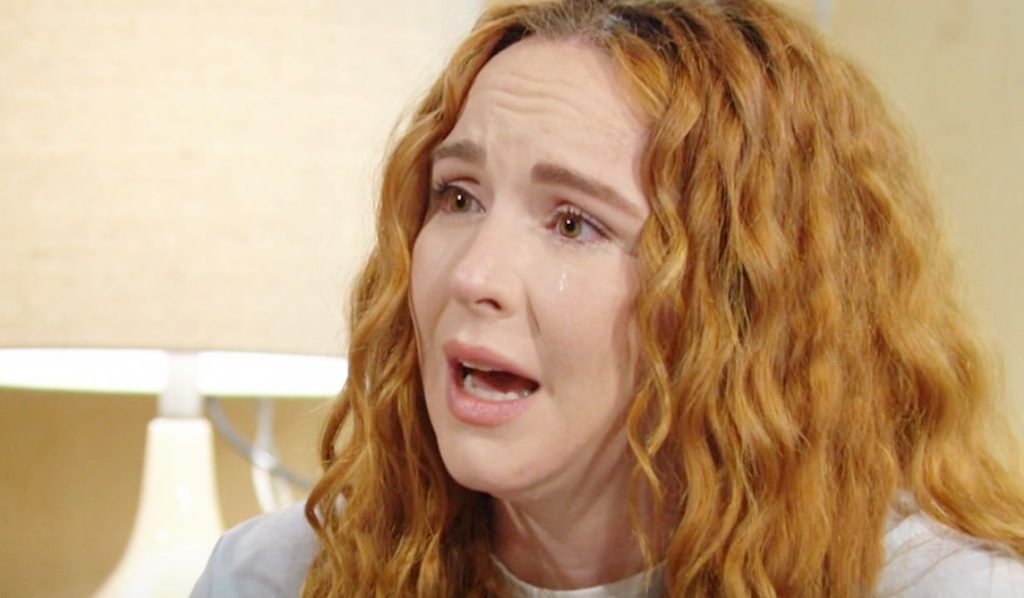 The Young And The Restless Spoilers: Mariah Is Furious, Wants To Be Dominic’s Mother

The Young and the Restless viewers know that it was difficult for Mariah to give away Dominic to Abby. But now, since Abby gave Devon the chance to look after Dominic, Mariah won’t be able to think with a straight mind. Spoilers suggest that she might fight to be Dominic’s official mother. However, Tessa and Noah will try to calm her down. Will they be able to help her? Will Mariah take any drastic step to be with her Bowie? Here’s everything to know.

The Young And The Restless: Mariah’s Unique Bond With Her Bowie

The Young and the Restless viewers know that it was difficult for Mariah to give away her little Bowie. Even though she was just his surrogate mother, she felt a special connection with Dominic. Later on, Mariah did accept that Abby is his actual mother and nothing in the world can change that fact. She was still struggling. Regardless of what she felt, she then started to move on.

However, The Young and the Restless spoilers suggest that Chance’s death and Abby’s carelessness towards Dominic have changed everything. Mariah is now growing more concerned than ever and she will do something in the upcoming days.

The Young and the Restless spoilers suggest that while everyone tries to stop Abby from going to Spain, Mariah arrives at her doorstep to offer to take Dominic’s care when she’s gone. However, when Abby leaves Genoa City, she doesn’t give Dominic to Mariah. Instead, she requests Devon to take Dominic’s care for a while.

. Initially, she will try to be understanding, but she would be concerned about Mariah’s obsession.

The Young And The Restless: Mariah Lose Temper

Further spoilers suggest that Tessa will be worried for Mariah. She won’t want Mariah to make any fantasies that can result in her breakdown. On one side, Tessa will try to be understanding, but Mariah does not remember that She was just a surrogate that Abby chose for her baby. And this will raise Tessa’s concern.

Mariah must understand that even though she shares a beautiful bond with Dominic, she can’t be his official mother. Mariah is not thinking with a straight mind; hence Tessa will struggle and ask Noah for help. Since Noah is good with handling the people he loves, Tessa will ask Noah to calm Mariah down.

However, Celebratingthesoaps.com speculates that Mariah might face a breakdown soon. And she might do weird things due to shock. Will she be able to recover from the trauma? Will Noah and Tessa be able to calm her down? Y&R viewers are in for some emotional drama. So, stay tuned and keep an eye on this space. Tvseasonspoilers.com will keep you updated with all the news about the soap as it surfaces.