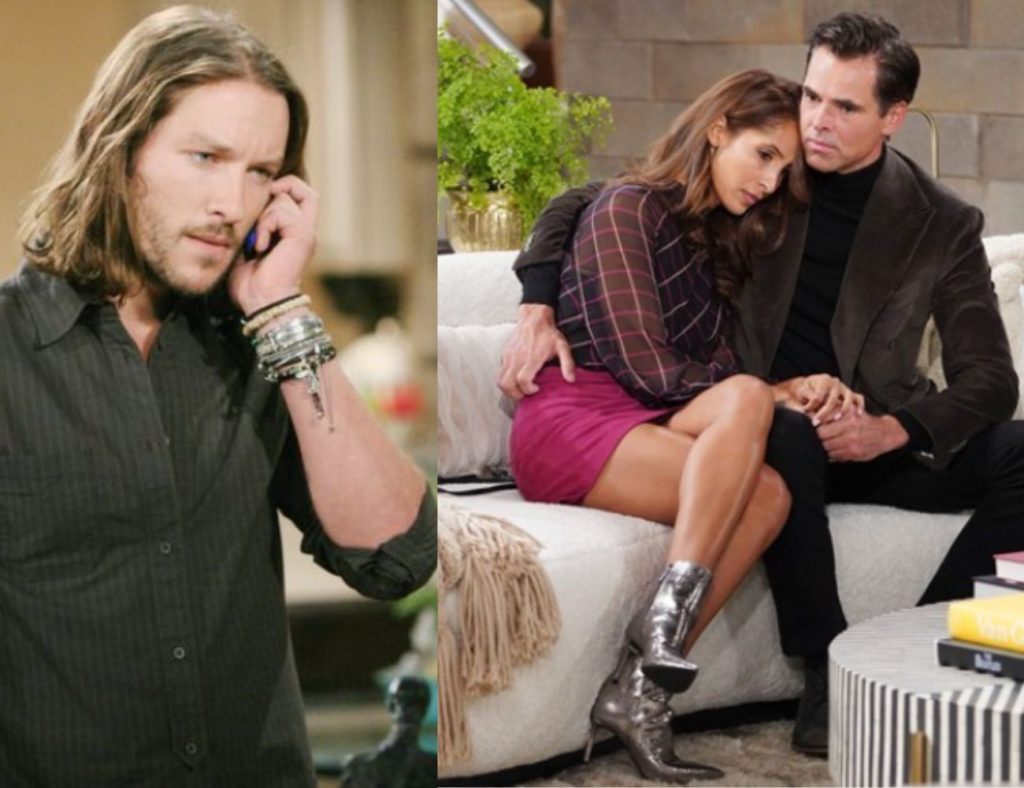 The Young And The Restless: The BREAKUP Season Is Here!

The Young and The Restless is going through a heartbreak season currently. Too many long-term pairings are heading toward an ill-fated end. While some of these fans saw coming for a long time, others have hit fans out of the blue. Here is a list of three pairings that are struggling to hang by the tread. Only time will tell whether they manage to pull through or decide to part ways. Meanwhile, let’s take a look at what’s causing trouble in lover’s paradise.

Billy And Lily Heading For Trouble

Recently on The Young and The Restless, Billy saved Chelsea from jumping off the ledge. While, his girlfriend Lily would have preferred him to have stopped his good samaritan act right there, he chose to continue lending his support to Chelsea. Considering the fact that Chelsea and Billy have too much history, it is not alarming to see Lily concerned over her man’s growing closeness to his ex-flame. Even if it is for a good cause. Who is to say this support on the couch won’t lead to much steamier acts on the bed?

Infuriated by Billy’s denial to stop seeing Chelsea, Lily may soon start drifting away from him on The Young and The Restless. Moreover, Billy spending so much time with his ex might push Lily to look toward her ex! After all, we know Daniel Romalotti is all set to return to Geona City! Are we about to see a complicated love quad between Billy-Chelsea and Lily-Daniel? Stay tuned to find out!

Allie and Noah are one of the very few couples on The Young and The Restless to have a healthy and stable relationship. However, it seems that is about to change! The first hint to it was dropped when Allie witnessed Noah and Audra

hugging at the club. The Look on Allie’s face said it all. Although, currently Noah has not shown any romantic interest towards his ex-lover, her obsession towards him is quite evident.

However, the recent revelation of Audra miscarrying Noah’s baby has softened him towards her. Does that mean they will start a new friendship on The Young and The Restless? If that happens, it won’t take too long for sparks to fly between them! Perhaps, Audra might get Noah drunk one night and seduce him into bed, which will surely make Allie leave him for good! Is this why Audra has come to Geona City? To rekindle her romance with Noah?

Cracks Beginning To Show Between Nate And Elena

Nate and Elena overcame a lot of obstacles to get to a happy place together on, The Young and The Restless. However, trouble soon started to brew again when Elena realised that Nate is working against Devon. Things got even worse when she found out that he is in fact working with Victoria Newman. This drove a wedge between the two and Elena wanted out. However, Nate gave in his all to convince Elena that he is still the same Nate she fell in love with and he will not disappoint her.

But, can Nate stay true to his words on The Young and The Restless? Not only has he taken up the CEO position at Newman Media to work closely with Victoria, there is also evident chemistry between the two. Will sparks soon start flying between Nate and Victoria ? When Elena gets wind of Nate and Victoria’s office romance, she may find herself finding comfort in the newly single Devon! Thus, ladies and gentlemen, offering us love quad number two!

Which one of the above couples do you see falling apart sooner than later? Amd which of them would you prefer to stay put? Please share your views in the comments! Meanwhile, stay tuned to CBS over weekdays to find out what happens next in the lives of Geona City residents on The Young and The Restless.