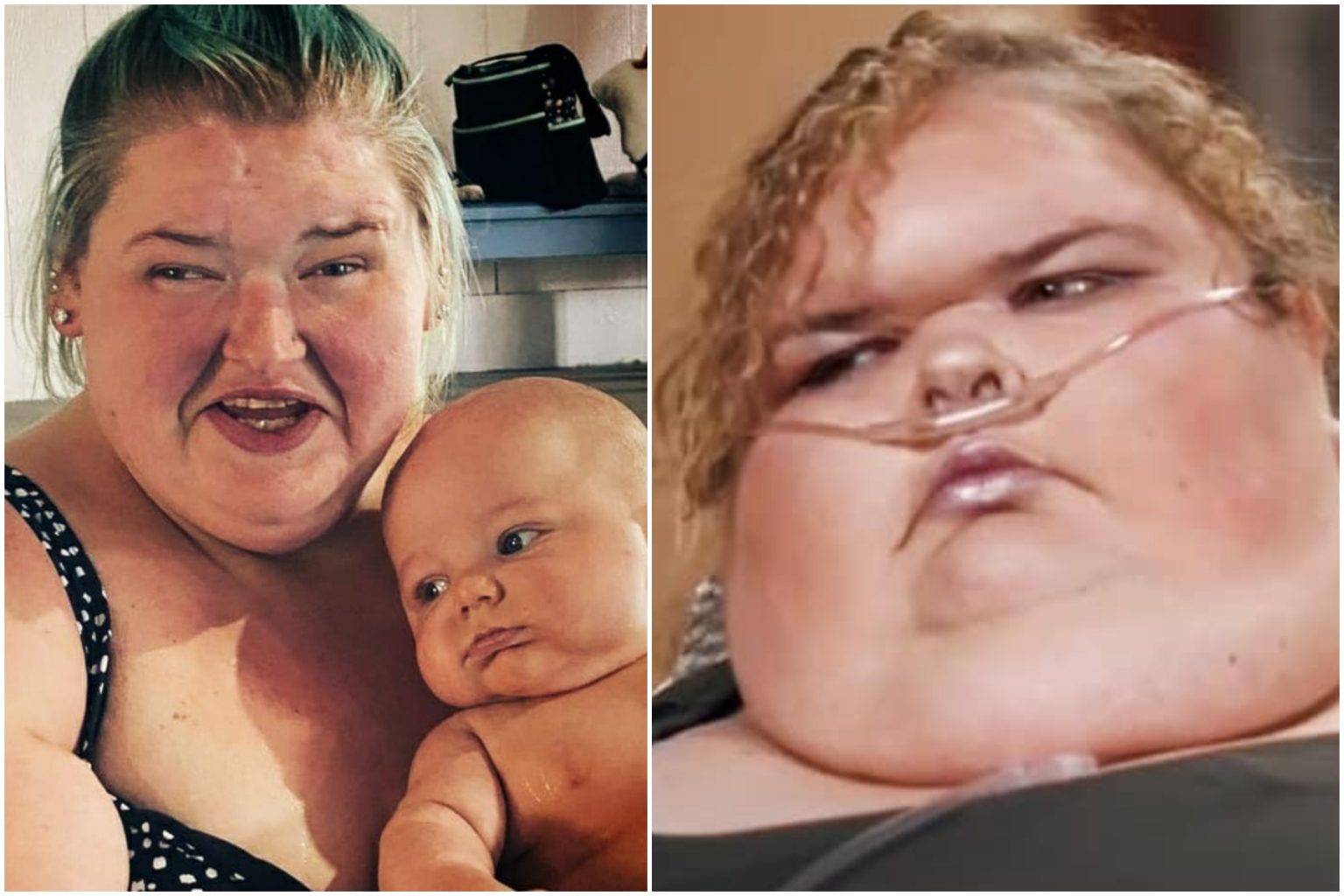 1000 Lb Sisters: Amy Admits Her Son Gage Is More Important Than Tammy! Moving Away To Avoid Her?

A lot of big changes have happened in the latest season of 1000 Lb Sisters. However, more developments are to come. That’s because Amy Slaton Halterman has finally gotten a good deal on her house. Therefore, she will be leaving her old residence to move into a new house. However, she is worried about doing so as her elder sister Tammy largely depends upon her. So, how did the latter react to this news? Keep reading for all the answers!

1000 Lb Sisters: Amy Breaks The News Of Moving Away To Tammy!

Lately, all 1000 Lb Sisters fans got to see the main cast members have fun with their family. That’s because they went out for a vacation. However, that’s not the only change that happened in their lives. It turns out both Amy Halterman and her husband Michael are ready to shift residence. As their newborn is growing up, they want to move into a good neighborhood. Luckily, they found a good deal on their old house and will move away soon. As per a new promo by HollywoodLife, the younger sister is going to tell Tammy about this big development in the new episode.

As predicted, the infamous sibling was awfully quiet during the reveal. Despite this, the one that she ended up saying to her sister was “whatever”. Although furthermore, the 35-year-old did say she “understands” and is happy for her sister, Amy thought otherwise. Eventually, the younger sibling came clean that Tammy is “afraid” of being alone in her confessional. However, as per her, she will never admit these feelings to the mother-of-1. Later on, the 34-year-old ended up saying her son would always be her priority now.

In her confessional, Amy Halterman mentioned that her sister went on life support when she had to stay alone. Although she is concerned about the ailing cast member, the younger sibling wants to prioritize her husband and kids. However, the footage airing on TV is a few months old. Therefore, Amy’s family has probably moved into their new house by now. In fact, fans also know that Tammy’s health deteriorated again, and she is probably in a “nursing facility” now. Hence, the fandom put two and two together and think both sisters had a falling out. Moreover, they also noted that the sisters quarreled a lot this season.

In fact, there was also a part in the show when the younger one walked out of her confessional segment when her sibling called her “stupid”. Apparently, the new mother talked of being “done” with Tammy

. Due to these reasons, all the viewers believe there has been a major shift in their bond. However, these are merely speculations on the internet, and no cast member has shed light on this matter. Do you believe the infamous sisters have fallen apart? Tell us in the comments below. Keep checking TV Season & Spoilers for more 1000 Lb Sister updates.
News