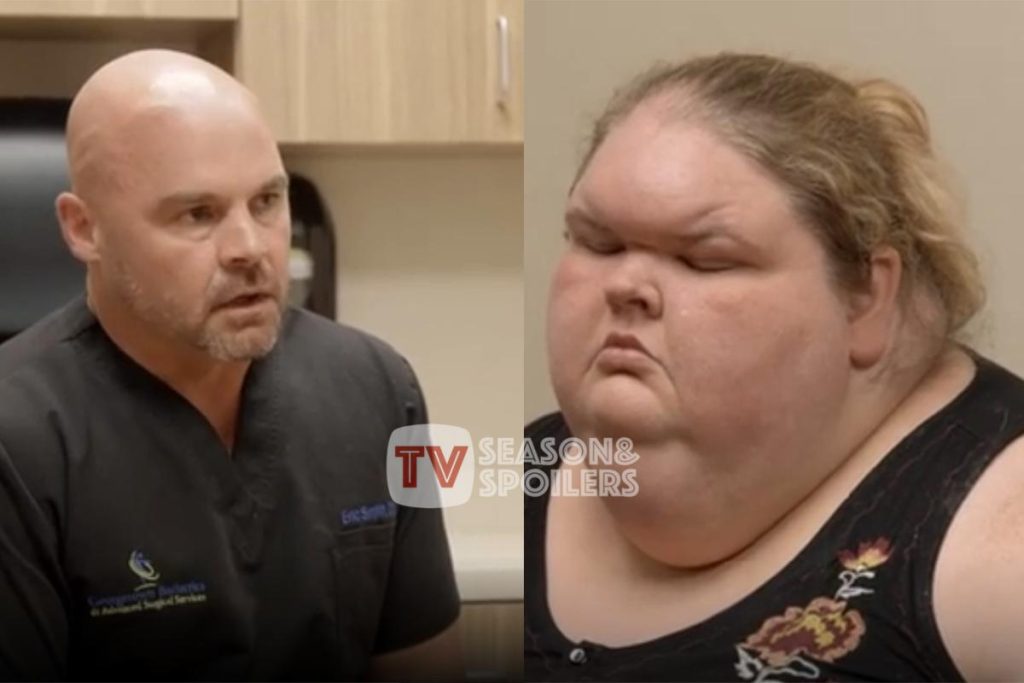 1000 Lb Sisters: Dr. Smith Gets Furious On Tammy! Ready To Drop Her Like Dr. Procter?

Tammy Slaton has had a very disappointing journey in the reality show 1000 Lb Sisters. The TV star has constantly made her family members like Amy Halterman and Chris Combs really upset with her actions. Now, it looks like even her doctors are growing frustrated with her. The latest episode of the series had the eldest sibling going for a check-up. Here’s what all went down.

Ever since 1000 Lb Sisters began airing, the TV network TLC provided both the leading ladies Amy and Tammy a great medical staff to help with their weight loss journey. Out of these, some doctors have also been featured in the show. Although the younger sibling made tremendous progress with her weight loss, the other sister continues to get worse. The latest episode contained her appointment with her doctor, Dr. Smith. He was highly disappointed by her.

In the show, the celebrity doctor asked his patient whether she had been making some changes in her life or not. Later on, he explained that he asked Tammy to maintain a food journal. In it, she was to keep track of all the meals she was consuming. The latter replied she forgot to do so. Moreover, the physician had also asked her to walk 75 steps daily. She again denied doing so. Last but not least, Dr. Smith inquired if she had been going to therapy. As predicted, Tammy said she gave up on it at the very beginning.

Later on, the doctor did a confessional and noted it is essential for the TV personality to want to lose weight. After all, he wants her to “meet those goals” that aren’t enough for the famous sister to improve. At one point, the 35-year-old also said these changes aren’t her “priorities”. This claim frustrated the doctor

again. Thus, all the viewers stated that the celebrity is only “wasting” everyone else’s time as she is not serious about getting healthy.

After the medical appointment segment in the show, many viewers believe Dr. Smith is very close to abandoning Tammy. Furthermore, they had previously claimed that her other physician, i.e., Dr. Procter, also left her. Additionally, many believed that he bid goodbye to her as it was bad for his image. That’s because her health kept deteriorating. Although no one has provided verification about the allegation, the latter has disappeared from the show for quite a while now. Another side of the fanbase claims that he took part in another weight-loss reality shows like “Too Large” and didn’t have time for 1000 Lb Sisters.

Another fact upsetting the audience is that Tammy Slaton now weighs more than she started in the series. In season 1, she was at 600 lbs. Then she shed 50 lb and ended up regaining 100 lbs more in parts. Hence, her current weight is around 650 lbs. Therefore, the celeb is not getting the wake-up call she requires to take the weight loss seriously. Slaton must do so before she loses her life. Do you think the Slaton sister will show a bit of improvement before the current season ends? Tell us in the comments below. Keep checking TV Season & Spoilers for more reality TV updates.