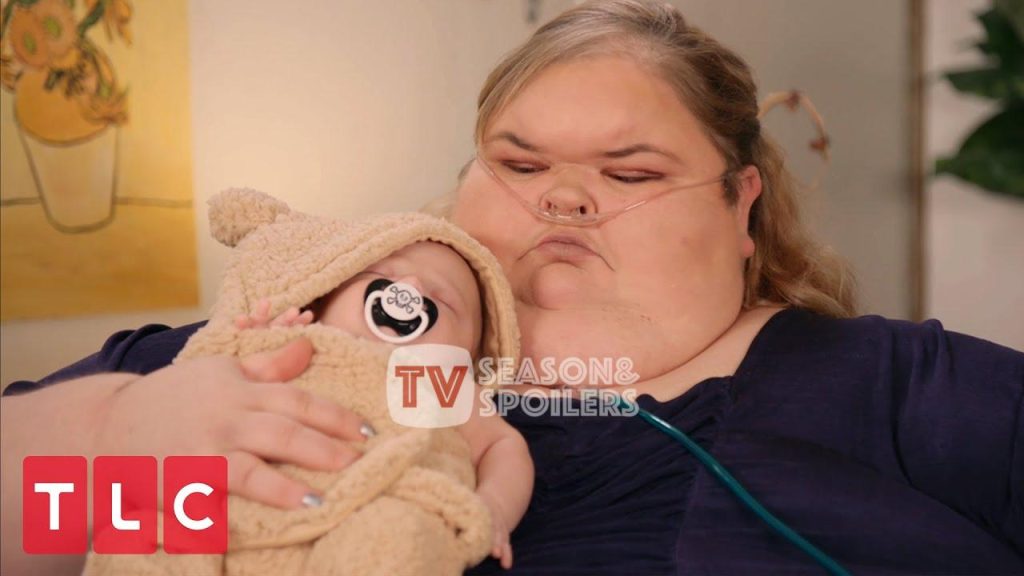 Tammy Slaton has had a severe attitude problem ever since she began appearing on the show 1000 Lb Sisters. Time and again, a lot of reality show fans have been exposed to lots of rudeness from the cast member. However, it now seems like Tammy’s ill behavior originated from her home. That’s because fans have now caught a glimpse of a video where she is being extremely rude to a family member. Who is it? Keep reading to know the whole story!

An old video of Tammy Slaton has gone viral on the internet. For the unversed, apart from starring on her own reality show 1000 Lb Sisters, the celebrity also has a Youtube Channel. Hence, she uses the platform to share more about her life. Therefore, a fan went through her videos and created a compilation of all the times she was rude to one of her nephews, Dustin. The family member has also been a part of the abovementioned reality show as a supporting cast. However, he doesn’t appear in it anymore.

Moreover, the compilation shows the TLC star in a bad light again. It’s because she is constantly bickering with her nephew in the videos. In the video, the infamous cast member keeps telling the young one to “shut up” and not to bother her. However, Dustin is quiet in the video. Therefore, all the fans accused the reality show star of “bullying” him for no reason. As told in the series, Dustin is the son of Misty, who is Tammy’s other sister.

As the family member didn’t appear in the video, many people in the comments began assuming the reason behind it. Hence, the fans believe Tammy’s constant nagging soured their relationship, and he parted ways with her. However, these were high speculations on the internet. Therefore, there is no proper confirmation regarding the matter.

However, Dustine isn’t the only victim of Tammy Slaton’s bullying. Back then, her sister Amy Halterman had just given birth to her son Gage, and things took an unsettling turn. It happened when the 35-year-old got to meet her baby nephew for the first time. A lot of fans pointed out that her reaction was quite unpleasant. That’s because the famous sibling referred to the newborn child as a “little football” compared to her. Moreover, she also called him a “piglet” while her mother was feeling.

Although she used those phrases to be endearing and funny, tons of people from the fanbase called out the TV star for almost “bullying” the newborn. In fact, before this, Tammy Slaton didn’t seem supportive of her sibling’s pregnancy

. Moreover, it was clear to the followers that the elder Slaton is unhappy that Amy’s focus will shift from her to the new child. Therefore, this instance also led to fans of the show slamming the celebrity for being selfish and rude. Keep checking TV Season & Spoilers for more such 1000 Lb Sisters updates.
News