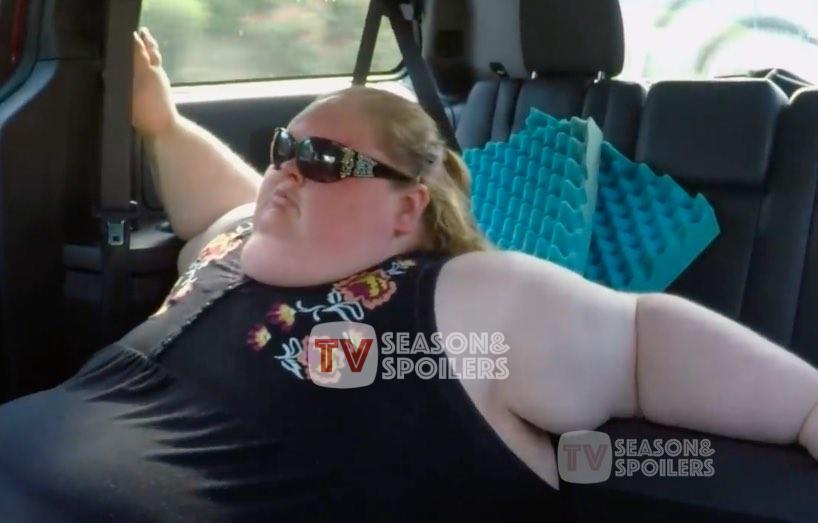 1000 Lb Sisters: Tammy Slaton Sleeps In A Van, Begs Siblings To Not Take Her To The Hospital!

Tammy Slaton continues to be her problematic self in the latest 1000 Lb Sisters episodes. Apparently, her family has rented a cabin and vacationing. However, the TV star keeps spoiling all the fun by throwing her problems at everyone. In fact, she then urged all her family members to leave her alone in a secluded van and wouldn’t budge. So what led to Tammy being irrational again? Keep reading to know all the details!

The latest 1000 Lb Sisters episode will be featuring the celebrity family’s vacation. Fans will get to see new faces apart from the prominent cast members like Amy, Tammy, and Chris. This includes their mom Darlene, Chris’s wife Brittany, and their sisters Amanda and Misty are also with them. An inconvenience happened when the trouble-causing cast member was not ready to walk on the ramps. The star felt she was too heavy. Therefore, this led to a discussion amongst all family members.

Moreover, her half-brother Chris Combs mentioned she is being “difficult”. In fact, her sister Amanda also claimed she is “wrong” for the way she “talks to people”. Hence, she had no intention to talk to the 35-year-old. The supporting cast member felt it would make matters worse. As a result, the 1000 Lb Sisters star was sitting in a van. TV Season & Spoilers highlights that eventually, all the family members went to her to convince her to step inside the cabin. As predicted, Tammy didn’t want to go. She kept emphasizing she doesn’t “feel good” and wanted everyone to “leave her alone”.

When asked whether she’d sleep in the one, the arrogant celebrity went along with it. Later on, her sister Amanda asked whether the family should call an “ambulance” if she weren’t feeling well. They also offered to take her to the

hospital. This led to another blowout by the TLC star. In fact, she screamed that she would ask her family to call it if the famous sister felt like she needed one. Moreover, she insisted on not being taken to the hospital.

1000 Lb Sisters: Tammy Slaton Quarrels With Her Sister Amanda Over An Electric Wheelchair!

This isn’t the first dramatic segment all the 1000 Lb Sisters had to see in the latest season. Moreover, Tammy Slaton also got into a fight with her sister Amanda. It all began when the family asked the star about the electric wheelchair they had purchased her. To this, she mentioned not being comfortable with it as she hadn’t ever operated such equipment. Soon, a fight broke out between her and her sister Amanda. The latter urged the former to be a bit “grateful”.

Moreover, the lesser-known sister also emphasized how hard it is for the family to push her in a standard chair since she weighs a lot. Despite this, the celebrity continued to yell at her sibling to “shut up” without presenting any rational argument. However, this incident led to fans being in appreciation of Amanda more. They felt she was the only one from their family who could get Tammy to behave. Keep checking TV Season & Spoilers for more such 1000 Lb Sisters updates.