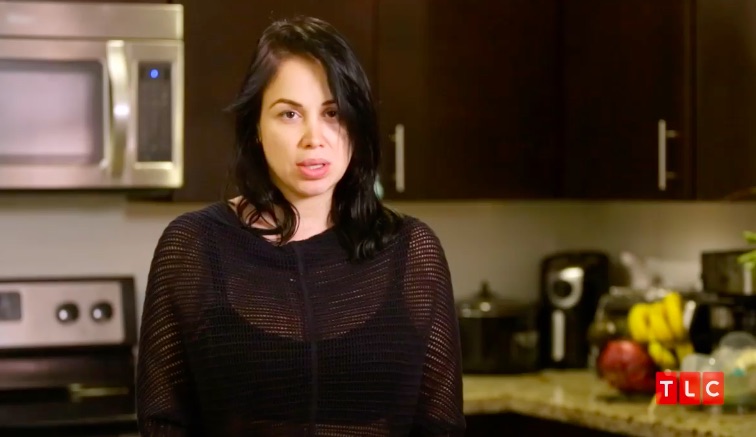 Noted 90 Day Fiance star Paola Mayfield had to be the bearer of some sad news. Unfortunately, the celebrity took to her social media to talk about something intense. In fact, it involved her mother. Hence, all her followers felt terrible and tried to show her their immense support. So what did the TV star tell her fans? Is her mom doing okay? Keep scrolling to know all the details.

Paola had an eventful journey in the show 90 Day Fiance. Despite many ups and downs, she is still together with her husband, Russ. However, the TV star had to live her past life behind her in Columbia to begin her journey in America. In fact, it was in 2013 that she arrived in the USA with her K-1 visa. This means her family was left behind in her native country and she grew distanced from them. Now, the TLC celebrity mentioned that her mother has Alzheimer’s.

It turns out the 34-year-old used her Twitter to simply write, “f–k Alzheimer’s”. Eventually, she explained the tweet on her Instagram stories. The Columbian woman mentioned that it is her mother who suffers from that condition. Lately, she has been here from her home country to visit her daughter. Unfortunately, she couldn’t stay long and had to leave suddenly. Eventually, the TV personality mentioned she doesn’t want to wish this unfortunate circumstance “on anyone”. Last but not least, Paola also thanked her well-wishers for sharing their stories of similar experiences and helping her out.

At the beginning of 2021, both 90 Day Fiance stars Paola, and Russ Mayfield revealed some sad news. It turns out the couple decided to go on a break for a while. Despite being sad, their fans still commended the fact that the couple isn’t getting a divorce. Instead, they are staying in their marriage to work their differences out. Eventually, the couple posed together on Christmas 2021, and viewers took a sigh of relief. They assumed everything was going back to normal with the duo. However, amidst this, some people from the fanbase noticed another thing. Did both of them tease a second pregnancy?

Looks like the goody bags couple was posing next to had something interesting written on it. Besides, it said the words, ‘hello baby’. That’s all it took for their well-wishers to bombard their comment section. They were asking the couple if they would become parents for the second time. Furthermore, both of them are already parents to a baby boy by the name of Axel Mayfield. Despite this, the couple didn’t give confirmation on any such news. Hence, the frenzy died down. Stay up to date with TV Season & Spoilers for more updates like these.