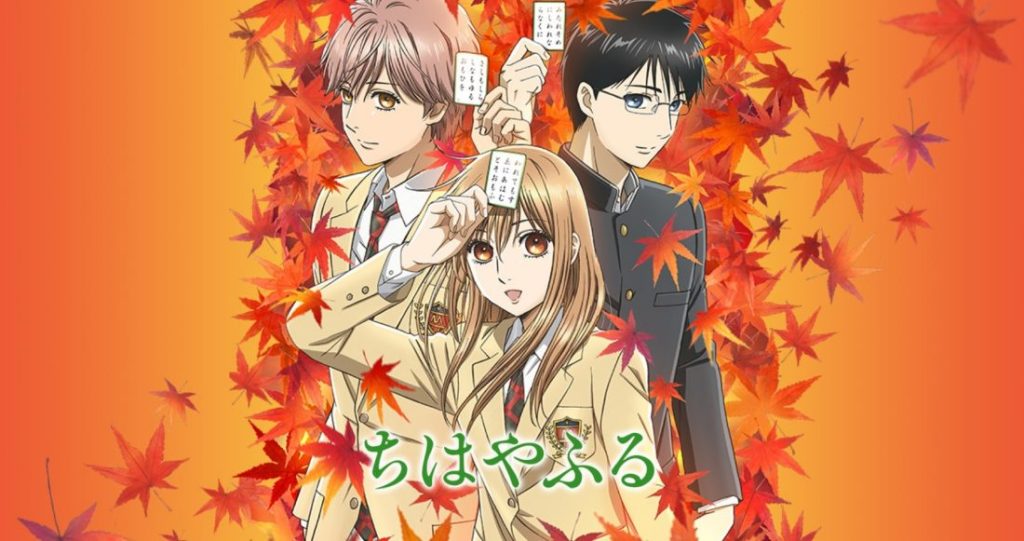 9 Mind Blowing Anime Which Are Schedule To Release In Spring 2019!

The upcoming spring will be one of the best for anime fans as Spring 2019 is brining some of the best anime running right now. This season will be full of action, romance, thrill, and suspense.
Here are ten best anime coming in spring 2019 that will make your spring more refreshing. This year’s spring will not at all be disappointing. These anime will be surprisingly good and you don’t wanna miss them. So make sure to reschedule your plans for spring 2019.

The most awaited anime ‘Attack on Titans’ will be coming back with the second part of season 3 in Spring of 2019. The story set in the fantasy world, mankind has driven to the brink of extinction by man-eating giants known as “Titans.” Titans are typically several meters long mindless humanoid ogres. Humanity has contained themselves for several years inside three concentric enormous walls: Maria, Rose, and Sina. A young tenacious lad, Eren Jaeger is determined to wipe out the Titans from the Earth. He is joined by his adoptive sister, Mikasa Ackerman and his childhood intelligent bud, Armin Arlert.
In last episodes, the daughter of Rod Reiss, Historia Reiss was announced as the new Queen of the walls. Moreover, Eren and his friends came to know the origin story of titans. Historia declines her father’s wishes and takes the Eren’s side.

The next installment of One Punch Man is making its comeback in April 2019. This Spring is going to be very interesting for every fan out there waiting for the new season. The ordinary-looking Saitama will blow up the minds of anime fans with his weird but unique battle style. His one punch is enough to knock out any villain.
The new installment of One Punch Man will contain more amazing fights. Rumors say that a new villain will challenge Saitama. This new villain is powerful enough to destroy the whole universe. A teaser trailer has been released for The One Punch Man Season 2.
https://youtu.be/0glqBjvku84

Isekai Quartet is a Puchi-Chara style anime, featuring small cute animated versions of characters. The characters of the anime find a strange button every day in their worlds. Pressing it summons them together into another realm of the crossover. The complete theme of the anime is yet to be discovered. The trailer revolves around the characters speculating about the strange button’s origin. But the storyline is pretty exciting to see.
Isekai Quartet is set to air in April 2019. Furthermore, the anime merges four iconic light novels into one stellar combination. It features Konosuba, Re: Zero, Overlord, and Saga of Tanya the Evil.

Thanks to the magic, the anime world has been saved from several calamities again and again. A boy named Shin was picked up by an old man known to the world as “Magi.” Shin was brought up by Magi, and Shin absorbed Magi’s magic like his own. He grew to be able to develop his own magic. However, Magi told him that he has to become independent when he reaches the age of 15.
After turning 15, Magi freed Shin but then he remembered, “Ah! I forgot to teach him common sense.” The grandson who has mastered magic beyond the level of ordinary people but lacks the common sense of the world.

It is the third installment of Chihayafuru which is set to premiere in spring 2019. The story revolves around a girl named Chihaya Ayase who has spent her most of the life merely supporting her sister’s modelling career. Chihaya’s way of thinking changes when she meets a boy named Arata Wataya, a talented Karuta (Japanese Card Game) player. After becoming friends, he inspires Chihaya to play Karuta. And she starts to dream of becoming Japan’s best Karuta player.
Now in high school, Chihaya and her childhood friend form the Mizusawa Karuta Club. She strives to become the best Karuta player and to live rest of her life with Arata.

The title comes from seven caches of supplies, called “seeds,” given by the Japanese government. The brand new anime will premiere in spring 2019.
Astronomers predict that a meteorite will soon hit Earth. World leaders arrange a conference to develop a plan to save humanity from this collision. This project was named as Seven Seeds project. They plan to preserve some healthy young people cryonically. After favorable conditions achieved computer will revive each group.
Japanese government forms five groups of survivors named Winter, Spring, Summer A, Summer B, and Fall. Moreover, each group contains seven members, who are not told about what will happen before they are put in cryonic preservation. This one of a kind anime is exclusively coming this spring.
7. Kimestu no Yeiba

Kimestu no Yeiba or Demon Slayer anime will debut in spring 2019. It’s being produced by Ufotable studio.
Since ancient times, rumors state that man-eating demons are lurking in the woods. Legend says that a demon slayer also roams in the night and hunt down these creatures. Soon these rumors will become a reality for young Tanjirou. Ever since the death of his father, Tanjirou becomes the man of the family.
One day, Tanjirou finds his family slaughtered and the lone survivor, his sister Nezuko, turned into a demon. However, Nezuko still shows signs of human emotions. Now Tanjirou’s journey begins with his sister to seek out the demon who exterminated his family.

Senryuu Shoujo is a manga series written by Masakuni Igarashi, a famous Japanese writer famous for the various shoujo novel. The manga has sold over 450,000 copies in print. And finally, an anime adaptation by Connect studio will premiere in April 2019.
This is the story about the relationship between Nanako Yukishiro and Eiji Busujima. Nanako is a girl who only communicates through Senryu. Senryu is a Japanese form of short poems written on Tanzaku. Eiji is an ex-delinquent who tries to write his own Senryu.

Madhouse is producing another amazing anime, and it is scheduled to premiere in spring 2019. Madhouse is well known for creating famous anime like HunterxHunter, Death Note and many more.
Suddenly one day, a city disappeared leading to the extinction of humanity except for a carrier and a lone wolf Takuya and a girl named Yuki, who are the only survivors. They decide to search for the vanished city of Lost based on the message of Yuki’s father who is supposed to have disappeared.
A mysterious organization shows up operating secret maneuvers and hidden intrigues. Furthermore, during their trip, they try to strengthen their bond.