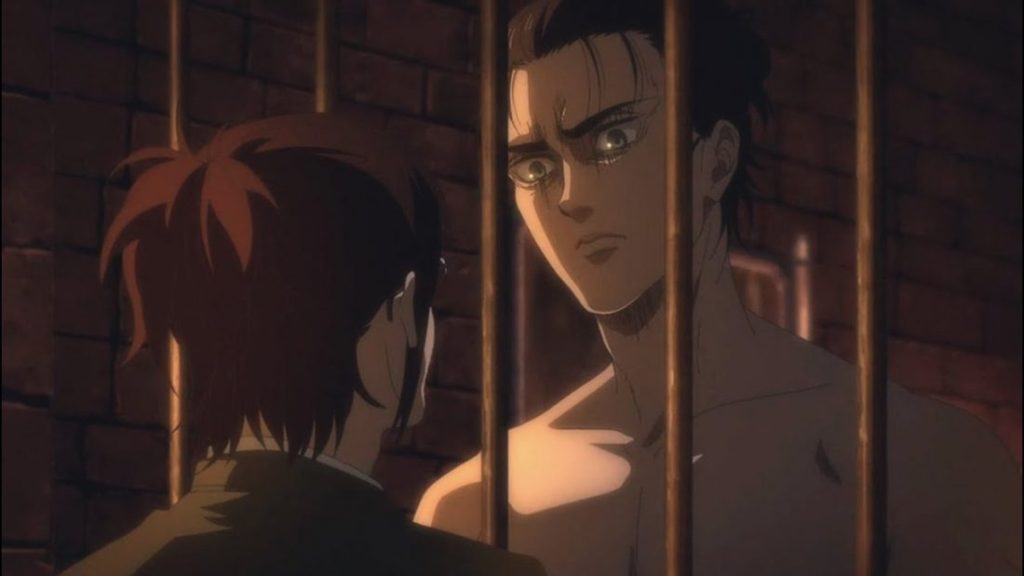 The title of Attack On Titan Season 4 Episode 11 is “Counterfeit.” The previous episode of AoT was a really hearted one. However, it did reveal some important information. For now, it seems like the war is over, but the real war is about to begin. Currently, Eren is getting along really well with Zeke’s plan that is still a mystery for everyone. Plus, Eren’s change in behavior made him lose the trust of his friends, especially after Sasha’s death.

Now, the story of the next episode will revolve around Gabin and Falco, who successfully managed to escape from the prison. It is also likely that the viewers will get to know more about Zeke’s plan in the next episode. So when will they able to see it? Here’s everything to know.

The preview of the eleventh episode is showing that Gabi and Falco escaped from the prison. Now, they’ll look for the War chief Zeke Yeager as he is the only one they know in Paradis Island. However, they don’t have any clue where to find him. Amid this situation, they received help from the strangers, and the irony is they are the devils they despise the most.

In Attack On Titan Season 4 Episode 11, it is likely that Eren will also get out of the prison. So, the fans can expect him to meet Gabi and Falco again, only to reveal the truth about what happened when Marleyans breach the wall. Zeke is continuously under the surveillance of Levi. Therefore he won’t be able to go anywhere, but he can reveal his plan to him.

The tenth episode of Shinkegi No Kyojin’s final season began with Eren talking to himself in the mirror. And then, at the same time, Commander Hange approached Eren to talk to him. However, Eren was still in his rebellious mode, so he threatened Hange that they could do nothing as there is no other way. Eren also revealed to her that he could get out of the prison whenever he wants using the power of the Warhammer Titan.

The latter part of the episode revealed how Hizuru approached Paradis Island and how Mikasa is related to them. In the ending moments, everyone revealed that they longer trust Eren after his actions. Armin even said that he continues to do these sorts of crimes, then he will choose the next inheritor of his Founding Titan himself.

The final season of Shinkegi No Kyojin will continue to release according to its weekly schedule. The show is finally in its final phase as only six episodes are left in the completion of the series. Attack On Titan Season 4 Episode 11 will release on Sunday, February 21, 2021.