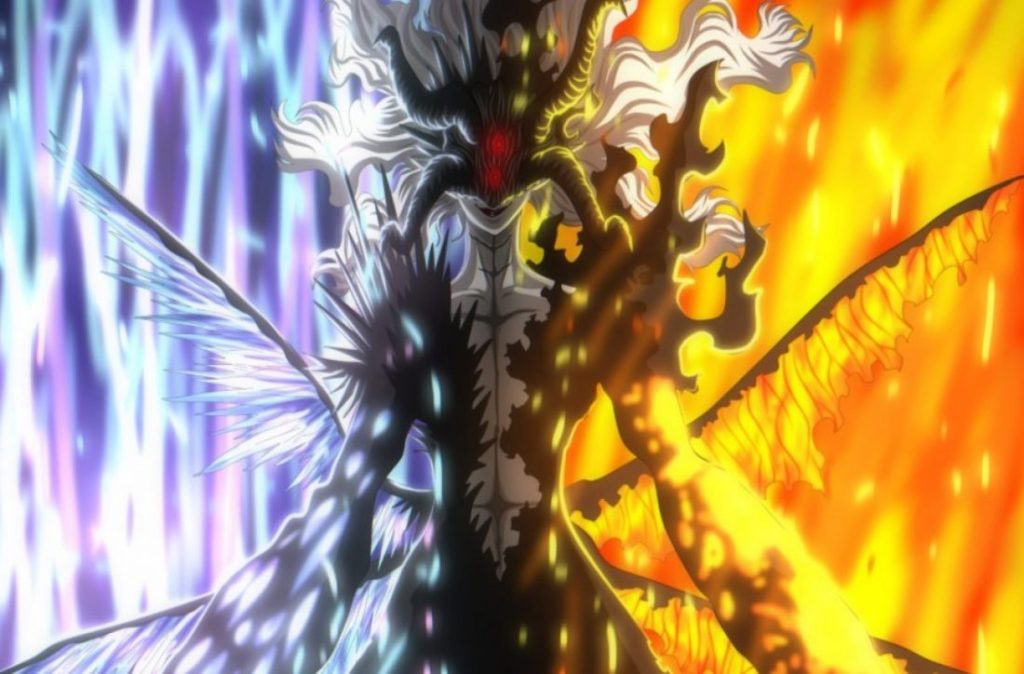 The Black Clover manga series is getting a lot more intense and interesting with every single one of its chapters. Asta finally unveils the power of the Demon-Destroyer Sword and cuts Namaah into two. However, Lilith fused his body with Namaah, and now Black Clover Chapter 290 will feature the battle between Asta and the fused twin devils. The twin devils are even stronger than before.

Their magical presence stunned even the vice-captain of the Black Bulls, Nacht. The last chapter also teased Zora and Magna’s returnZora and Magna’s return, who were admiring Asta’s new sword form. It seems like Asta and Nacht are up for huge trouble as Zora and Magna are also two of the most powerful devils. So, will they be able to overcome these difficulties? Here is everything to know.

The upcoming issue of the manga series will continue the battle between Asta and the twin devils who are now fighting as one. Asta only has a few minutes as he can not hold his devil for more than five minutes. As a result, the fans can expect him to go all out against Lilith and Namaah. The viewers are also curious to see how the antagonist will counter the anti-magic attacks of Asta.

Black Clover Chapter 290 will mark the return on Zora and Magna, and it is likely that they will be the next in line to fight Asta and Nacht. The current fight will most probably conclude in the forthcoming edition. Hence, Zora and Magna will certainly try to gain the early advantage by taking on exhausted Asta and injured Nacht.

In the 289th chapter of BC, the viewers saw Asta sliced Namaah, and then Lilith used his magic to keep him away from his brother. He said that it is a shame that he got Namaah first. Later, Lilith fuses with his twin brother’s body to reveal their new form. The fused devils manifest Asta as their latest prey, and they can’t wait to hear him scream in pain. Meanwhile, Nacht notices their strength is way ahead, just one plus one. The magic of the combined devils is amazingly huge, and Nacht thinks it is driving him wild. However, Asta did not have any clue as he can not sense magic.

The fans can expect to see the upcoming chapter’s raw scans this Friday, which is two days before its release. Black Clover Chapter 290 will come out on Sunday, April 18, 2021. Its followers will be able to read it on Shonen Jump/ Viz Media and MangaPlus.