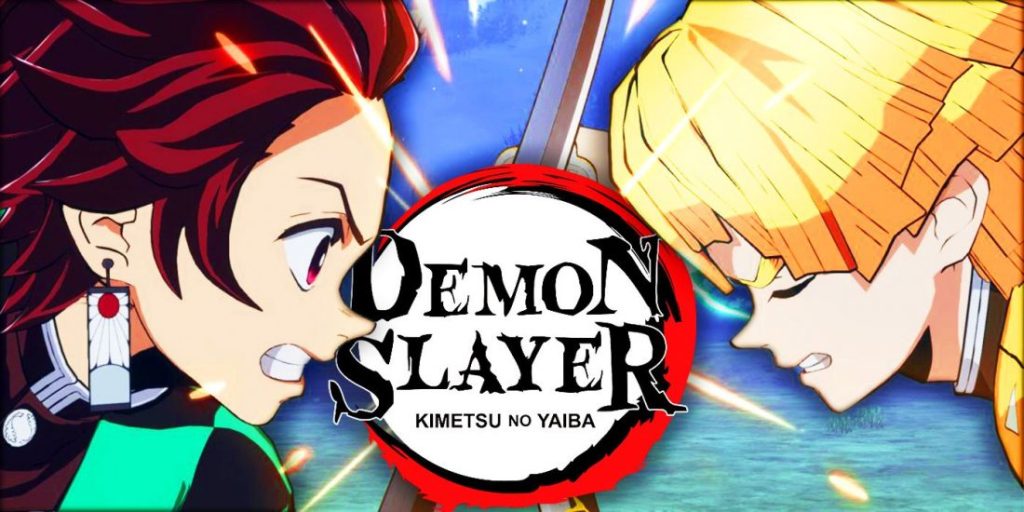 When is Demon Slayer Season 2 arriving? Despite all the tragedies of the pandemic in 2020, it was an excellent year for all anime fans—the reason being Demon Slayer. The cult anime went on to become one of the most talked-about events of pop culture releases that year. It even led to a massive number of people coming together as a fandom.

This Shōnen Jump manga turned anime smashed all of Japan’s box offices with a collection of over $350 million. The film adaptation also broke the existing record of Hayao Miyazaki’s Spirited Away and became the highest-grossing Japanese film of all time. It also became the fourth-highest grossing film of 2020. So, what is up with the most popular anime series adaptation of this year? Let’s tick mark all the updates in the Demon Slayer world so far.

Accolades do not seem to stop for the Japanese manga turned film Demon Slayer: Kimetsu no Yaiba – Mugen Train. Even if you don’t have the slightest sense of what the anime world looks like, Demon Slayer might still sound familiar. This is because the film has managed to attract enough eyeballs around the globe. The Koyoharu Gotogues creation proves that Tanjiro’s legacy is here to stay. The TIME 100 NEXT 2021 artist has pushed the goalpost further with this masterpiece. Thanks to him, we have characters like Tanjiro, Nezuko, and Shinobu to celebrate and root for.

Demon Slayer has earned more than $355 million in Japan alone. Worldwide, the number accounts for almost $400 million, making it the highest-grossing anime movie of all time. The film is also the highest-grossing film in Japan. Moreover, the Demon Slayer opened at the #1 spot in New Zealand and Australia. The film is performing outstandingly in other western markets as well. The popularity of Demon Slayer was evident from the time when its manga debuted back in 2016. After selling 100 million-plus copies, the manga got its own anime show. Later on, in 2020, Demon Slayer received the Anime of the Year award at the Tokyo Anime Awards Festival.

Fans have also pushed the anime’s theme song to the top of all pop charts. For the future, it may get itself a nomination in the Best Animation category at the upcoming Academy Awards.

The plot of Demon Slayer season 2 will likely kick off from where the ‘Mugen Train’ movie ends. Chronologically, the first season is followed by the feature film, which will later be followed by Demon Slayer Season 2. The anime is a sincere adaptation of the manga series. So, it’s clear that the show will follow the plot of the manga for the sequel.

The viewers saw in the Mugen Train movie that Flame Hashira, Kyojuro Rengoku, brings Tanjiro’s party along for a new adventure. At the same time, in an alternate dimension, Muzan is on the rise. Under frustration, he kills off the six Lower Moons of his clan. These members were the lower-ranked Demons in Muzan’s 12 Moon forces. This action was in order to make the remaining six Upper Moons even more substantial for the future. The pieces of training foreshadow an epic face-off between Tanjiro and the Demon Slayer Corps, and the remaining Demons.

The story in Mugen Train is a direct entry from the events of the final episode of Demon Slayer Season 1. The plot involves the protagonist Tanjiro and the others who board the Infinity Train. However, they soon encounter a series of dangers that they are unaware of. The fan-favorite characters are up for an adventure that will make up the plot of the show.

Here, Tanjiro aligns himself with the Flame Hashira, Kyojuro Rengoku. The team wishes to learn new information from Rengoku. But little do they know that they are up against a danger that neither of them has seen before. There is a monster aboard their train that Rengoku has been focusing on, namely Enmu. Enmu happens to be one of the members of the Twelve Demon Moon whose only motive is to prove himself to the Muzan Kibutsuji. The demon can only do this by executing Tanjiro.

The story moves forward through the same conflict. The group fights with the demon in the claustrophobic environment of the Mugen Train. This film contains some of the most amazing thrilling battle scenes in the Demon Slayer Universe.

A teaser trailer for the Demon Slayer sequel was released this month. Fans went crazy after getting the first look at the upcoming installment. The teaser shows Yoshiwara Red-Light District as Tanjiro and his team members analyzing the place. They are here to fight and destroy all the demons of the district.

They come across a mysterious woman who claims to be a victim of the demon sufferings. However, her wicked smile suggests a different story altogether. The woman is predicted to be a demon herself. Tanjiro, Zenitsu, Inosuke, Nezuko, and Tengen Uzui are on their way towards a massive danger this time. How will our heroes defend the world from the wrath of demons? We will find out when the episodes finally air.

The much-awaited Demon Slayer Season 2 is all set to make a comeback in 2021. However, a solid release date has not been finalized just yet. If we look at the release cycle of this anime, we can predict that the sequel will premiere in the Fall or Winter of 2021. During the ‘Demon Slayer Matsuri Online -Anime 2nd Anniversary Festival’, the makers confirmed that the Demon Slayer sequel would hit the world sometime in 2021. You can watch the sequel season on Funimation with a minimal subscription.

Are you excited to watch Demon Slayer Season 2? Let us know in the comment section. For more updates on Animes, keep visiting this corner.