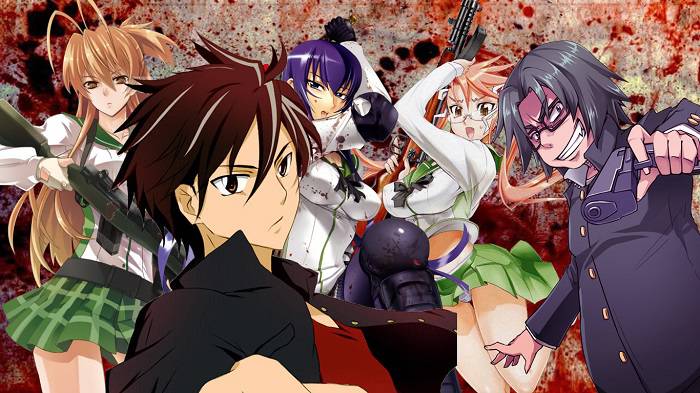 Will Highschool of the Dead Season 2 Possible in 2020? Latest Updates

Highschool of The Dead Season 2, it would be appropriate to say that it is one the anime series fans are waiting for almost 10 long years and still haven’t lost any hope. The release of HOTD Season 2 was speculated for several times but none of those speculations grounded. This apocalyptic plot anime series won hearts of millions of fans around the world, and fans still don’t why there is no second season?

Many fans considered that the series had been canceled, but no reliable announcement from either of the officials has been made. So, will there be a Second Season? Before answering that question below is a short description for new fans.

Highschool of the Dead is an immensely popular series, it is the anime adaptation of the Japanese manga series of the same name written by Daisuke Satō and illustrated by Shōji Satō. The anime was aired between July 5, 2010 – September 20, 2010, and had a total of 12 episodes with 18 minutes running time each. This anime follows a group of high school students trapped in the middle of a zombie apocalypse. The anime series was produced by Madhouse studio and was initially aired on Tokyo MX’s AT-X.

Updates on Highschool of the Dead Season 2

The second season of the series was assumed to be created by US-based anime networks as the original creators didn’t want to continue with the apocalyptic plot. The reason behind this decision was the Earthquake and Tsunami that Japan faced, and it was not appropriate to make a series full of deaths and disasters.

There are various foreign networks that own the rights to the first season and may acquire rights of making Highschool of The Dead Season 2 as the has a large fan following. Some of the networks are VOD, Sentai Filmworks, Microsoft’s Zune Marketplace, and Madman Entertainment in Australia.

Will There Be Highschool of the Dead Season 2?

The manga series of HOTD has a total of 7 volumes and reportedly the first season used the first 4 volumes. This means if someone is going to make HOTD season 2 they will need one more volume to add enough original content to pull out another season. If you have read the manga you know that the story in the manga series is also not complete. Unfortunately, Highschool of The Dead writer Daisuke Satō died on March 22, 2017, from ischaemic heart disease and this means the story may never get complete the way it should be.

Updated on 14/02/2020: With no new volumes, fans can expect the series is almost canceled.

On the other hand production studio, Madhouse doesn’t have a good reputation in making sequels of their anime series. No Game No Life Season 2 can be considered as the best example, despite its popularity the studio is working on various other projects. It won’t be fair to talk about the Highschool of The Dead Season 2 Release date right now.

Fans can just hope for the best, it has been rumored that Madhouse may make a second season to pay their tribute to the writer. Though Madhouse has renewed Overlord for Season 4. However, for now just take it with the grain of salt as no official announcement has been made. Till then stay tuned for the latest updates of Highschool of The Dead Season 2.