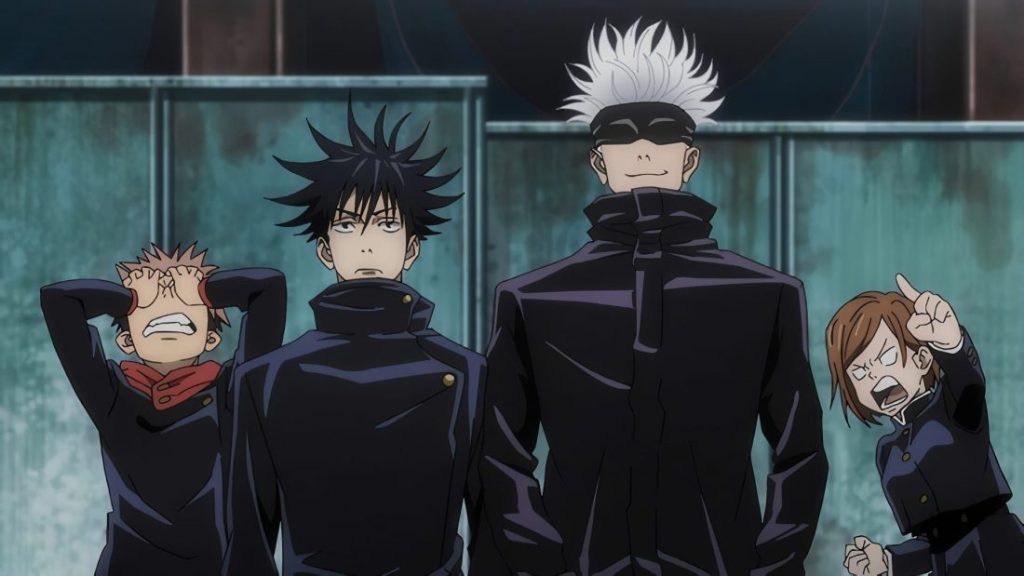 Which is your favorite show that should be in the Top 10 Anime Of This Year? Well, being an anime fan is not an easy task. One has to constantly keep up with original series, mangas, spin-offs, and feature films. When you’re done with all of that, it’s time to jump off to another show altogether. The same cycle goes on for the next one as well. Keeping up with all the latest animes is truely a tough job.

To keep an eye on the best ones in their respective genres is even tricky. But worry not because we have accumulated a list of all the shows to binge on this summer. What are the best animes of 2021? Which shows have broken the record? What sequels are in the making? We got it all covered. Here’s the list of all the anime, in no particular order, that you need to watch before this year officially ends.

Want to watch Tokyo Ghoul but don’t want to suffer the emotional trainwreck? Then Kemono Jihen is the show for you. Kemono Jihen, in the literal sense, means ‘Monster Incidents.’ Pseudo-humans, Inugami, and Dorotabo solve horror cases that involve curses, supernatural activities, and spirits. The show has one of the best soundtracks of this year. You can watch Kemono Jihen on Funimation.

Remember Izuku Midoriya from My Hero Academia? Everyone loves an underdog who sets out to become a superhero. Re:Zero is the story of Subaru, who believes he is destined to do big things. However, he has to learn the ways of the world before becoming a superhero. Season 2 follows the story of his coming of age arc. Thus, this one deserves a spot in the Top 10 Anime of this year. You can watch Re:Zero Season 2 only on Crunchyroll.

Horimiya is like a breath of fresh air in the world of animes. It is a simple love story with an unusual absence of action and drama. The title of the show is a combination of the names of its leads characters- Hori and Miyamura. Izumi Miyamura is a meek young boy who is slightly awkward in his ways. He is extremely fond of tattoos as he thinks it is a way of expressing his feelings. On the flipside is Hori, who has her own secret. The two bond and fall for each other as they share each other’s secrets. If you are looking for a light-hearted show, Horimiya is for you.

Rin Shima is back with her camping adventures once again. But, she is not alone this time. She is accompanied by Nadeshiko, Aoi, and Chiaki. The three are new to camping life. Witness a light-hearted story of Shima as she learns to socialize in life. Also, explore the arcs of the other three friends as they battle their own internal conflicts.

Cells At Work! is a show based on the lives of the cells inside the human body. The daily works that they go through to keep the body healthy makes up the show’s plot. The anime series is fun, relaxing, and a light-hearted watch. Hence, it deserves a spot in this year’s Top 10 Anime. You can watch Cells At Work! Season 2 on Crunchyroll.

6. Top 10 Anime Of This Year: The Promised Neverland Season 2

The Promised Neverland is a story that revolves around a group of orphan kids who learn a dark secret about their safe haven. The mansion is full of mysterious happenings that make up the story of the show. In the second season, the children find themselves outside the estate, but things are still creepy. Hence, you can watch The Promised Neverland Season 2 on Crunchyroll.

Mushoku Tensei: Isekai Ittara Honki Dasu is the story of a 34-year-old nerd who dies in a road accident. He is later reincarnated in a fantasy world where he starts a new life as a baby. Although he had his mind retained, he lives in a body of a child. Hence, he decides to restart his life on his own terms.

W is an anime that invites you into a world of psychological thrillers. A world created around nightmares and memories intrigues fans for a thrilling fiesta. Ai Ohio learns to socialize in the real world as she struggles with her friendships and relationships. But, this familiar-looking story turns supernatural even before we can process the other arcs. Hence, the anime wins itself a spot in this year’s Top 10 Anime. You can watch this thriller on Funimation.

Heard about a skateboarding anime? SK8 finally fills the spot. Exploring the sports genre just like Haikyuu, SK8 The Infinity manages to show skateboarding at its best. Besides, the show has some of the most well-developed characters, stylized game sequences, and well-written emotional arcs. You can watch this amazing series on Funimation.

When talking about horror thrillers, Jujutsu Kaisen has gained a spot no other anime could, in a long while. Yuuji Itadori, the protagonist, holds within himself a demonic spirit. How the characters’ psychology is explored and how he deals with the demon inside him makes for an intriguing plot. Thus, this popular anime surely deserves a spot in the Top 10 Anime of this year. Jujutsu Kaisen is available on Crunchyroll on subscription.

What do you think about the new anime series of this year? According to you, which anime series should be a part of this year’s Top 10 Anime list? Let us know if you’ve watched any of these in the comment section.