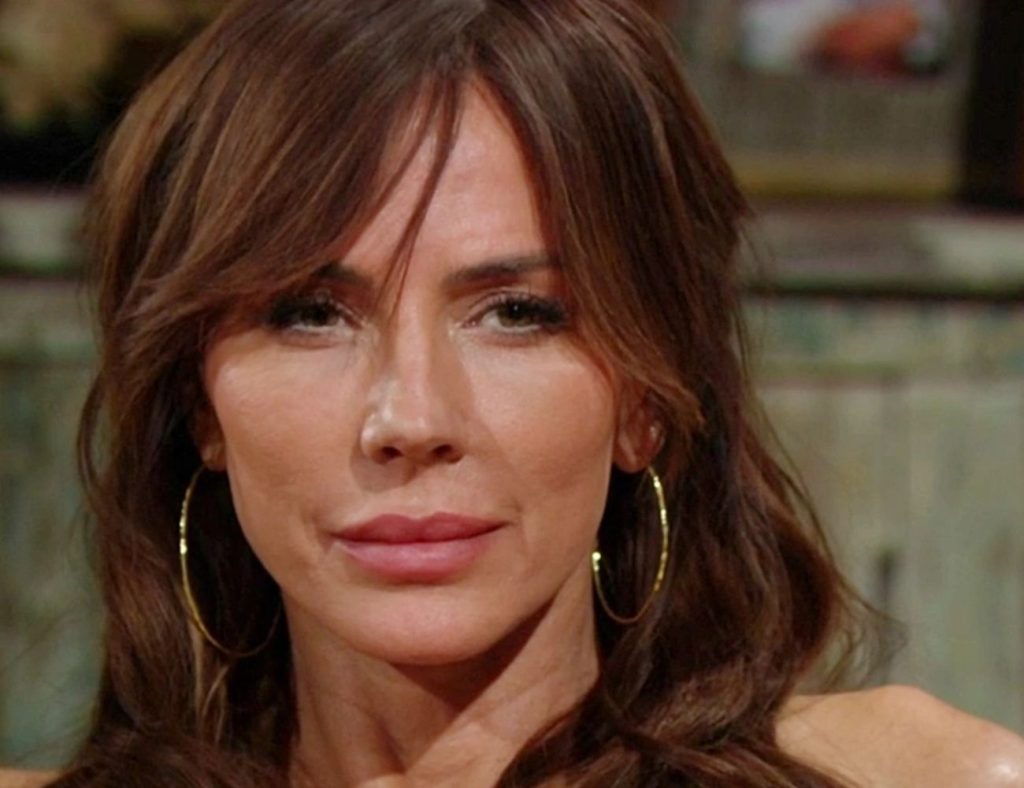 The Bold And The Beautiful: Taylor Goes Ballistic, Retaliates After HEARTBREAK

And the much-awaited expose is set to take center stage on The Bold and The Beautiful. Douglas discovered his father’s truth and confided it in aunt Steffy. Shocked by Thomas’s doings, Steffy reveals the truth to Taylor, hoping she will tell Ridge. However, Taylor decides to sit on it and go through with the wedding. The truth still manages to come out, just in time. A devastated Ridge confronts Taylor, but Taylor has ammunition of her own to fire at Ridge, and a huge showdown happens after Taylor is heartbroken, AGAIN! Keep reading to find out what to expect next on B&B!

Ridge and Taylor Have A Massive Showdown

Taylor has always been the one to walk on the right side of the line on The Bold and The Beautiful. She has always been morally and ethically sound, and no matter what the situation and circumstances, she has always chosen to do the right thing. Understandably, when Steffy learned the truth from Douglas about how Thomas had framed Brooke, she confided in Taylor. She thought Taylor would, as usual, do the right thing of telling Ridge and stopping the wedding from happening. However, the doctor this time, decoded to take off her goody-two-shoes!

Taylor did nothing with the information and decided to go on with her wedding to Ridge on The Bold and The Beautiful. However, the truth still slipped out of the crack and landed in Ridge’s lap. The Forrester man is shaken by the betrayal. More than what Thomas has done, he can’t believe Taylor kept it all from him. He lashes out at the gorgeous bride, accusing her of lying to him. Stating that he thought she would always be honest with him. Taylor, too couldn’t keep it in her anymore and lashed right back at Ridge. Giving the Forrester scion a taste of his own medicine, she claims that Ridge too has always been dishonest with her.

She confesses that a little part of her always knew that he would find a way to go back to Brooke. Like he always does on The Bold and The Beautiful. She declares that yes, she kept the truth from him, but, he kept something far greater from her. His heart. The devastated doctor went on to say that their relationship in fact is a farce. Ridge surely would not have expected Taylor to unleash

such hellfire back at him. But spoilers suggest, she is far from done yet!

Once the initial storm of the revelation and the big showdown passes on The Bold and The Beautiful, Taylor acts as if it never happened. This nonchalant behavior certainly baffles her family. However, spoilers suggest it is just the calm before the actual storm. Taylor gets in touch with Traci, of The Young and The Restless. Reading Traci’s biography of The Abbott Family, has planted an idea in Taylor’s head. She now wants to tell her story to the world, and wants Traci to write it. Taylor wishes to vocalise all that Ridge has put her through. The heartbreaks, lies, betrayals, his half-baked attempts at their relationship, everything!

Ridge will try his level best to stop Taylor from publishing the book The Bold and The Beautiful. He will try and remind her of the wonderful person she is and that vengeance isn’t her color. However, denouncing her Halo, Taylor will tell Ridge off

, saying there was a time she wasn’t vindictive, but now she is. She will tell him that the world will know how he has turned her into this vindictive, cranky, hateful person. How he has changed her for the worse. And in the most shocking turn of events, spoilers suggest that a voice declares that it is impossible to turn perfection (Taylor) into anything better. The voice belongs to none other than Taylor’s new fiance, Jack Abbott!

Woah! we did not see that coming? Did you? Please share your views with us in the comments below! Meanwhile, stay tuned to CBS over weekdays to continue experiencing the thrills on The Bold and The Beautiful.