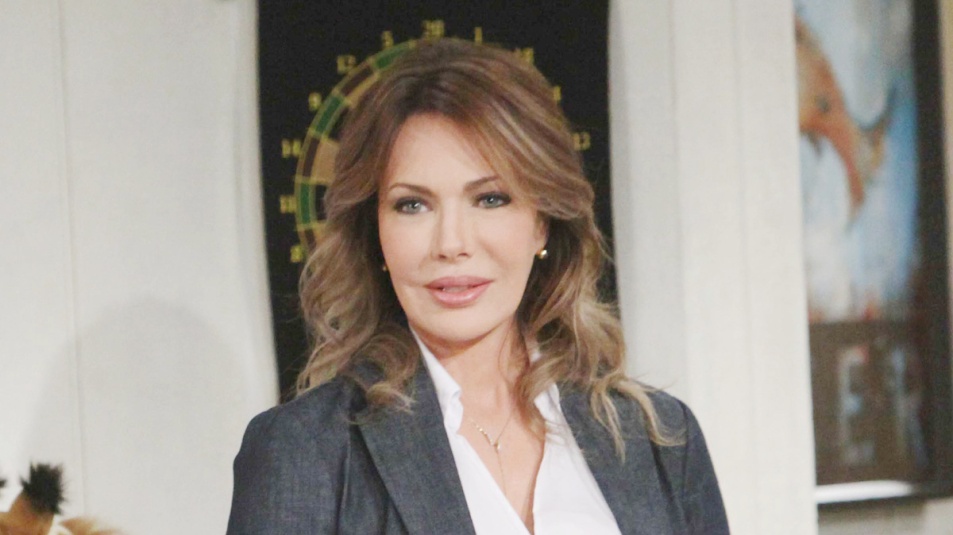 The Bold and the Beautiful: Taylor Hayes Comes Back To Help Steffy With The Sheila Problem

As for what Taylor thinks about Sheila, The Bold and the Beautiful spoilers say that she believes that Sheila is just as dangerous as she was before. But, for now, she will try to create some understanding between Steffy and Finn. However, that doesn’t mean she will not pay attention to Sheila.

The Bold and the Beautiful: Sheila Causes Troubles

The Bold and the Beautiful spoilers suggest that Taylor will come to L.A., and she will get to see her grandchild Hayes Forrester Finnegan and she will be over the moon. However, all of this won’t last long. As per the spoilers, this reunion will be short-lived, and all of this will be because of Sheila Carter

. Sheila will come to know that Taylor is visiting Steffy’s cliff house to spend time with Hayes, and she will then cause issues.

Soap Dirt points out, Taylor has what Sheila wants. That is basically the one-door policy to the family. Seeing all of this, Sheila will get mad, and when she gets mad, nothing right happens. So, viewers might get to see Sheila as she plans revenge on Taylor Hayes’ presence in the lives of her son and grandson. So, this could mean that Taylor might soon find herself in some grave danger. Not only is Sheila jealous, but she is also delusional at this point. She sometimes blurs reality with fantasy, and as new episodes come up, everything will become more dangerous than ever.

What Will Taylor Do?

Further, The Bold and the Beautiful spoilers suggest that Taylor will make some moves to take care of Sheila. B&B viewers would recall, Sheila isn’t just a mom or a grandmother, but she is also a well-known psychiatrist. So, she wouldn’t need a lot to prove that Sheila needs some help with her mental health. Spoilers suggest Steffy will tell Taylor about the schemes Sheila has been pulling off ever since she came to town. So, Taylor might see a pattern.

Since Taylor holds such great credentials, she might be able to convince the judge that Sheila is unbalanced. This will give not only Steffy Forrester

and the rest of the family relief from Sheila’s wrath but also some peace. However, it doesn’t look like Sheila would stay in the locked wards for long. Sooner or later, she will come back to wreak havoc. We just have to see when that happens. Tvseasonspoilers.com will keep you updated with all the news about the soap as it surfaces. So, stay tuned. Things will get heated up between Sheila and Taylor in the upcoming days. Don’t miss the action The Bold and the Beautiful is bringing in for you.
News