PewDiePie is the king of YouTube and will always be. The current status of subscribers count isn’t in his favor. Both Pewds and T-Series currently have around 95 Million subscribers, though the latter is almost 800K ahead. Fans know that he will somehow win the Final Battle. Moreover, International PewDiePie Day can be one of the most crucial factor in helping him win.

The YouTube king began his YouTube career back in 2010. It took him a few years until 2013 to make his channel, the most subscribed channel on the streaming platform. After years of his reign, Pewds was then challenged by an Indian account called T-Series. Fans went crazy as PewDiePie’s reign was threatened by a music company.

This followed several controversies and dramas including creating diss track against the Indian channel and roasting them in videos. Fans were pretty annoyed with it and started several campaigns in PewDiePie’s support. T-Series currently is the highest subscribed channel on YouTube. However, the Swedish YouTuber will always remain the number one for his fans and followers.

The popular YouTuber’s fanbase is about to devote an entire day to him. A large group of fans has decided to celebrate the International PewDiePie Day on April 29, 2019. This step will bring all his subscriber together on this day to encourage more and more people to subscribe to him. Moreover, this day can actually become a game changer for Pewds as he can potentially gain a lead on this occasion. 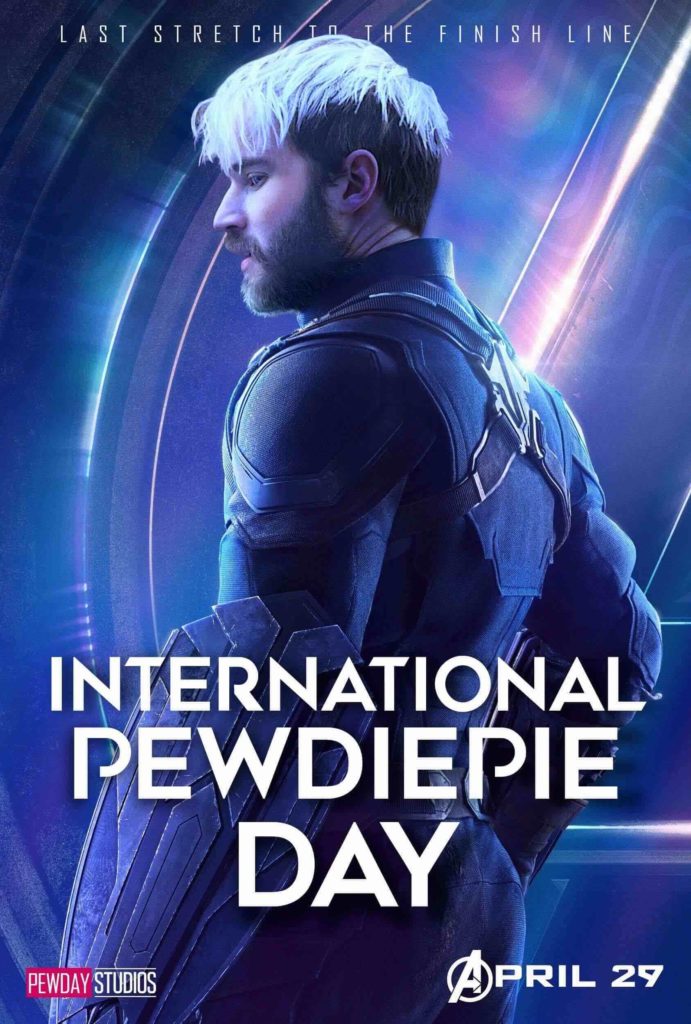 The day will be one of the most important days in YouTube’s history as Pewds will have to gain more than 800K subscribers in a single day. The target is not easy to reach; however, we all know how rebellious PewDiePie’s fans are. They’ve also released a poster declaring the International PewDiePie Day. Fans have still kept him in the race, and we hope he wins the battle.

Due to recent disputes, two of PewDiePie’s diss tracks against India were removed from his channel. According to a Delhi High Court order, ‘Congratulations’ and ‘Bitch Lasagna’ were claimed to have defamatory remarks against Indians. The videos are no longer available in India on the streaming platform. Fans have shown severe outrage against the same.

Many of PewDiePie fans have started social media campaigns against the same. His followers play a major role in his success. Moreover, they’ve taken many other steps to support their idol and revive the PewDiePie Vs. T-Series battle. From making Instagram fan pages to commenting and requesting people to subscribe PewDiePie, enthusiasts have helped him gain a large number of subscribers in a few months.

The constant support from his followers may get him to reach a substantial amount of subscribers sooner that T-Series, especially after the removal of the diss tracks. In case the Swedish YouTuber wins the battle of 100M subs, his fans would be the on to be credited.

PewDiePie’s YouTube channel is a strong depiction of the One-Man Army concept. The man alone has come to this point where millions of fans and followers stand in his support. The Swedish content creator has gained much respect over the year, mainly because of his efforts and devotion towards creating content. We hope that Pewds remains the king of YouTube forever.