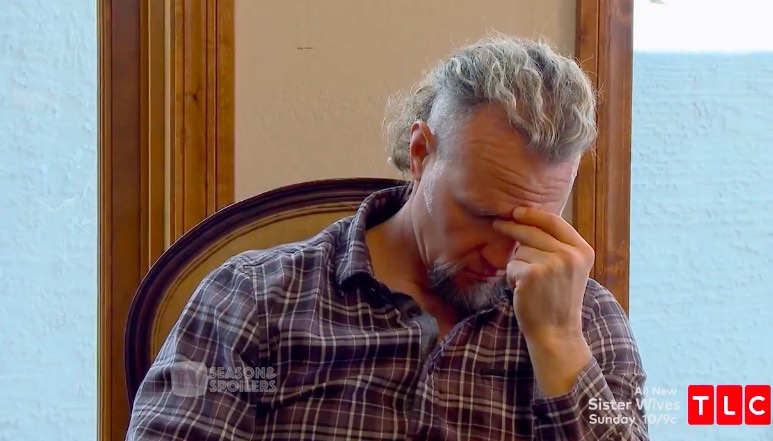 Sister Wives: Kody To Have A Mental Breakdown In Upcoming Episodes?

The fights in the TV show Sister Wives keep getting more intense as the season progresses. Currently, Kody Brown has been lashing out at all his wives except Robyn for not adhering to his social distancing norms. Moreso, the situation got so worse that both Christine and Janelle Brown announced leaving him. Apparently, they wished to be spending their Thanksgiving in Utah, away from the rest of the family. Now, viewers are worried that the family patriarch will soon have a mental breakdown. Keep reading to know more about why they feel so!

Since fans call Robyn Kody’s ‘favorite wife’, they believe the couple spent time together in the pandemic with ease. It is because she and her kids were the only family members with no issues following the rules. However, the youngest wife made some shocking revelations during her solo segment. She said it’d been a “challenge” to have him around the house. Apparently, the family head has been quite “unhappy”. Moreover, she also said the pandemic has been tough on him as he is suffering from mental health problems.

It’s because the dire circumstances have been causing him stress. Apart from this, his other wives, Janelle and Christine, refusing to abide by the rules also makes him sad. It is due to all these reasons, fans opened up on Reddit and claimed the TV star is soon headed for a breakdown. Although some accounts believed he should seek help, it still wasn’t enough for them to have a change of heart for Kody. Hence, he continues to be their least favorite character.

Things hit the roof in the latest Sister Wives episodes. All the prominent cast members, i.e., Kody, Robyn, Janelle, Christine, and Meri, sat together to discuss distancing norms. The notorious husband had told his plural wives that he would only agree to have Thanksgiving as a family if all the members adhered to his distancing protocols. Unfortunately, Christine and Janelle refused to do so because they felt the rules were too strict. Once their husband said he would exclude their families from Thanksgiving at his and Robyn’s house, they made other plans.

Moreover, both the wives told him they wished to go to Utah to spend time with their adult children, already settled there for the celebration. This angered the family head, and he tried to guilt-trip them into staying with him. He was angry that both of them chose their kids over him. As predicted, neither of the wives changed their mind after the polygamist’s persuasion. In fact, Janelle also reached her boiling point

and walked out of the conversation while telling him to “f*** off”. Keep checking TV Season & Spoilers for more Sister Wives news.
News