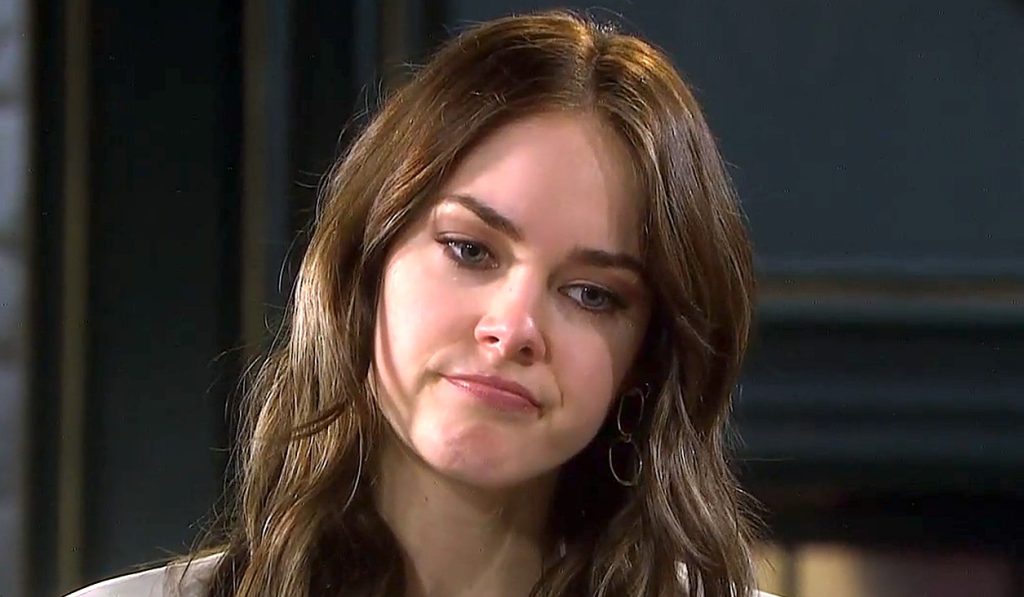 This fall, a new love triangle might be in the making on Days of Our Lives. Alex had a love-at-first-sight moment with Stephanie. While she did not like him initially, but DOOL spoilers say Alex’s continuous chase will bring a bit of change to her mind. On the other hand, Days of Our Lives spoilers say that Stephanie will meet with Chad, and as a friend, she will help him escape Abigail’s loss. Will this new friendship slowly grow and spark romance among the two? DOOL might have a love triangle for viewers this time. How will things roll out? Here is all about it.

The previous week’s episodes showed how Alex bumped into Stephanie. For him, it was a love-at-first-sight moment. Alex’s life turned upside down for good. Salem’s playboy soon turned into a passionate lover. However, getting Stephanie will not be that easy. Related spoilers suggest that Stephanie is a very driven girl. So, having a playboy clinging to her will not charm her even a bit. However, that doesn’t mean that Alex is going to stop.

Days of Our Lives spoilers say that Stephanie has told Sonny about it, and he has asked his brother to back off. However, Alex is adamant and will continue to woo her with gifts and flowers. Not only that, Victor will put Alex and Steph on the same team in Titan. Ultimately buying more time to impress her.

In the recent episode, we saw how Alex saved Stephanie. After inviting her for a hot bubble bath, Sonny warned him to behave properly. Later, he landed in a bar with Chanel and Allie. Over there, he found Stephanie sitting with some guy. T he man turned out to be Leo, who was fooling her by introducing himself as Matt. Promptly, Alex alerted Stephanie with his real name.

In addition, he also tells her that Leo is under the police radar for Abigail’s murder. Not just that, he even drugged Sonny to take obscene pictures of him. Eventually, Alex’s help softened Steph’s perception of him. Initially, she was extremely harsh about the idea of having him anywhere near her. However, she might eventually think of giving him a chance.

Days Of Our Lives Spoilers: Stephanie Helps To Chad Will Spark New Romance?

Fans know that Chad is struggling to move on in his life. After Abigail’s murder, he has become a widower. If not now, sooner or later, he will have to move on in his life. For that, he will definitely need a partner. And it looks like Days Of Our Lives is already plotting something similar in the storyline. With the entry of this character, Stephanie, possibilities are there that they both might be paired. However, in recent episodes, we saw how Stephanie went to meet Chad. They both had some conversation where Stephanie reminisced good old memories.

As for Chad, he was also happy to meet Stephanie after many years. He will also appreciate her company. Further on DOOL, Stephanie will want Chad to come out of the grief. And as a friend, she will make efforts to help Chad move on. But at the same time, in soaps, we know that friendships are always the starting point of love. Does this mean Chad and Stephanie might also have some sparks down the line? We will have to wait to see if that really happens. Till then, watch Days Of Our Lives, it airs every weekday on NBC. For more updates and spoilers, visit our website, TV Season & Spoilers.