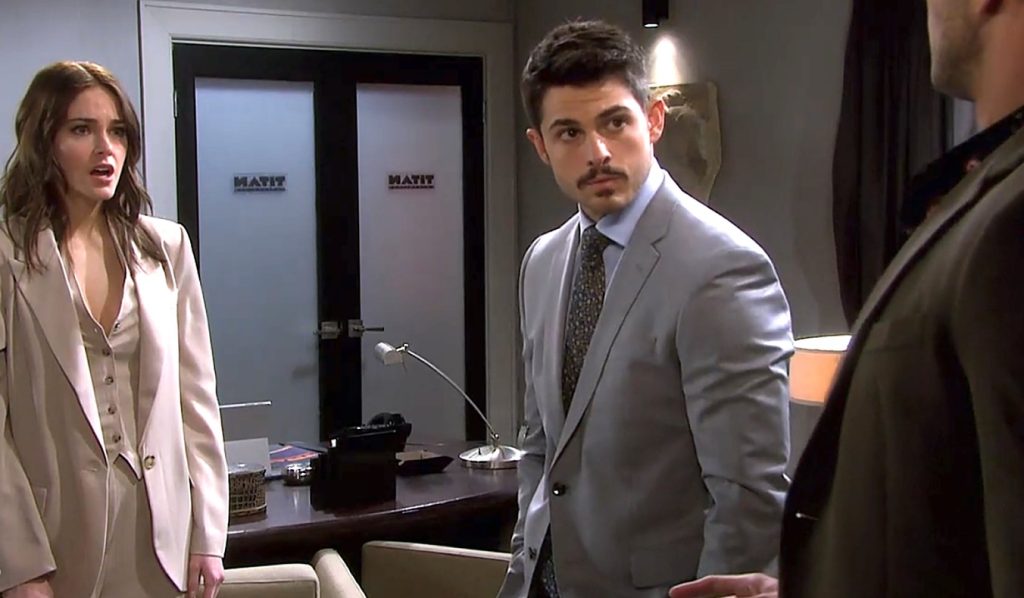 Days of Our Lives Spoilers For August 29, 2022: Orpheus Crashes A Party, Stephanie Makes A Decision

Days Of Our Lives spoilers for August 29, 2022, tease that Roman will throw a small birthday party. However, This will end up with a party crasher and will soon put everyone in trouble. In the meantime, Sonny will continue to convince Stephanie to accept his offer. She will wonder why he is that much persistent in taking her PR firm. Later, Alex will surprise his dream girl with a flower bouquet. Continue to read and find out what DOOL has in store for its viewers.

At the pub, Roman will throw a small birthday party. Now that he is back with Kate and Abe has also decided to stand for the governor post, they will have a lot to celebrate. However, this celebration will not last long. Orpheus is already lurking from outside, and he clearly knows how to be a spoilsport.

Later, Orpheus’ wicked move will put Roman, Abe, Kate, and Paulina to fear for their lives. It is teased that he will leave a mystery suitcase in the middle of the party venue. Roman might think that it has explosives.

Over with Marlena and Kayla, they are still under the hostage of Orpheus. Above all, nobody knows where Orpheus is keeping them. So, the stakes will be upped in the upcoming episodes. Steve and John are trying their best to find even a single clue to save their wives.

Days Of Our Lives Spoilers: Stephanie’s Decision On Sonny’s Offer

Further on Days Of Our Lives, Sonny will continue to push Stephanie to accept his offer. Sonny will want to hire Stephanie’s PR firm for his company, Titan. As for Stephanie, she will wonder why Sonny is this much persistent with her.

However, Sonny will come up with a deal. He will insist that he can make Alex understand that Stephanie is not interested in him. Even though Sonny wants Alex to find someone, it looks like he prioritizes his business for now. Whatever it is, Stephanie will finally decide to accept Sonny’s offer.

On Monday, Alex will have a chat with Allie and Chanel. Over there, he will share that he has finally met the girl of his dream. However, Allie and Chanel will be skeptical about this update. Just a few days ago, Alex invited this couple to have a hot bath with him. And now, he seems to have fallen for someone.

On the contrary, Alex feels that Stephanie is worth fighting for. The moment he bumped into her, he was smitten by her looks. Later, Alex will gift Stephanie a flower bouquet. Of course, Stephanie will still get that weird playboy vibe from him and won’t be impressed at all. Whatever it is, DOOL spoilers say that Alex will slowly make progress with Stephanie down the line. Stay tuned and watch Days Of Our Lives; it airs every weekday on NBC. For more information, visit our website, TV Season & Spoilers.