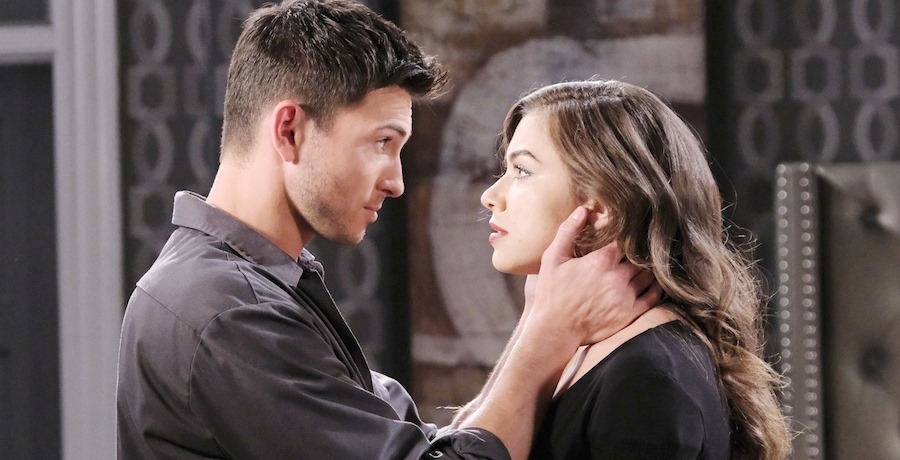 Days Of Our Lives Spoilers: Ciara Gets Pregnant Around Christmas, Merry and Cheery Vibes Take Over

Days of Our Lives spoilers suggest that Ben will soon get on the board with the idea of having a baby. Once that happens, he and Ciara will start trying to have a baby. However, when will Ciara get pregnant? Some speculations suggest that this might happen around Christmas. How will the storyline play out? Keep reading to know

Ben Agrees To Try For Pregnancy

Days of Our Lives viewers know that Ciara wants a baby. She presented the idea when she and Ben went camping trip while they were on their honeymoon. When Ben first heard the idea, he wasn’t thrilled. Later on, he admitted the real reason. Ben revealed that he feared passing down the bad genes. He was afraid that his child might turn out to be evil and inherit his murderous ways.

Ever since then, Ciara has been trying to assure him. However, he still has his reservations. Now, Days of Our Lives spoilers suggest that Ben will speak to Marlena, and she will have some advice for Ben. Since she is possessed, she won’t be quite herself. What advice she passes onto Ben is yet to be seen.

Nevertheless, DOOL spoilers suggest that Ben will feel better about the pregnancy once he has spoken to Marlena. While there is a possibility that Devil only convinced Ben to have a baby because it hopes that Ciara will carry a demonic baby or something like that. Regardless, Ciara and Ben

will start trying to get pregnant right away.

Days Of Our Lives Spoilers: Ciara Gets Pregnant Around Christmas

Days of Our Lives spoilers suggest that Ciara and Ben will start trying to have a baby in the week of October 11-15. Ben and Ciara will have no problems with multiple steamy sessions. So, they will do so and up their conception chances. Keeping in mind the timing of everything, it looks like DOOL will stretch this storyline at least until Christmas.

Celeb Dirty Laundry suggests that Christmas might act as the right time for Ciara to reveal her pregnancy. It will make a great gift for Ben and send out some positive vibes in the town.

Days of Our Lives will anyways need something to balance things out. With Devil in the town, everything has become eerie and dangerous in Salem. So, DOOL might bring this baby storyline to ease up some darkness. This will also uplift the Christmas episodes.

Of course, there is no saying on how the episodes will pan out. But, viewers are in for some interesting action. Do you like to see Ben and Ciara together? Tell us in the comments below. In the meantime, Tvseasonspoilers.com will keep passing on all the updates about Days Of Our Lives. So, stay tuned.