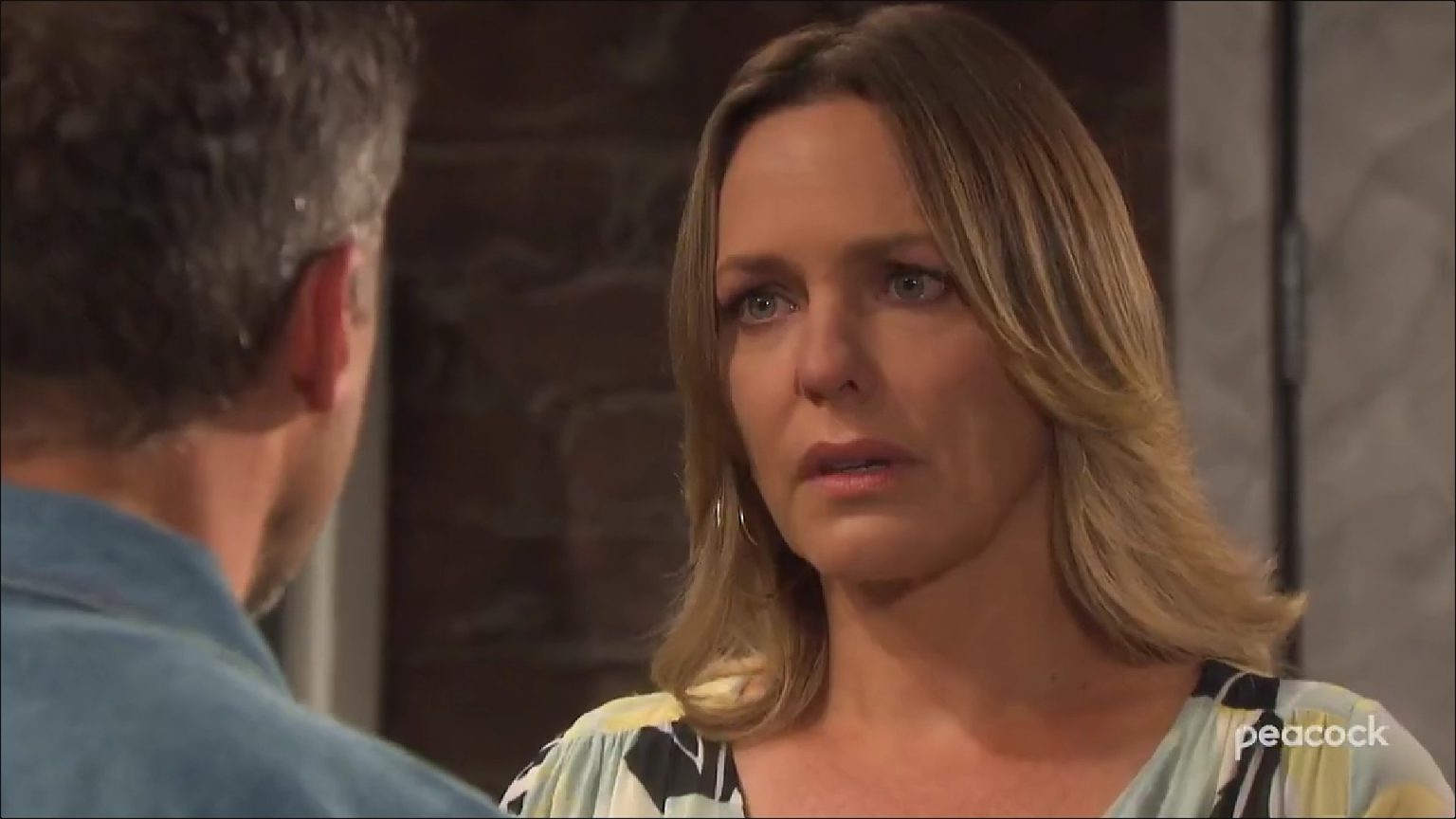 Days of Our Lives Spoilers: Eric Fumes At Nicole As She Tries To Get Jada To Abort The Baby

Days of Our Lives spoilers suggest things are going to get really troublesome for Nicole and Eric in the upcoming days on the soap opera. Now, that Eric knows that Jada is pregnant with his child, his thought process has changed. However, Nicole is also making her moves. Now, Nicole will suggest Jada get an abortion. Once Eric learns about it, he will fume in rage and will ask Nicole to mind her own business. Will this selfish behavior of Nicole ruin Eric and Nicole’s relationship? Let’s read further to know how Eric will react to all this.

First, fans saw how Jada got the news about her pregnancy when she was hospitalized. Days of Our Lives then showed that Eric also got the updates about the pregnancy. Just moments before Eric and Nicole confessed their feelings for each other. Unfortunately, Jada even witnessed their steamy kissing session. But the main problem will be Eric’s feelings.

How will Eric take this entire ordeal? As for Jada, she witnessed her boyfriend cheating on him, will she be willing to keep this child even after knowing that Eric has Nicole in his heart? However, looks like Nicole will hear Jada and Eric’s conversation. Since Nicole loves Eric, and the baby might become the reason for Eric to separate himself from Nicole, she will devise a plan. Let’s discuss what the plan is and how Eric will react to it.

After discovering that t he unborn baby might ruin Nicole and Eric’s relationship, Nicole will come up with a suggestion. Apparently, Nicole won’t understand why Jada is trying to carry someone’s baby who doesn’t even like her. As the preview video showed, Nicole will ask Jada why she is carrying Eric’s child while he likes her. To this, Jada will scream and tell her to shut up.

However, things will get messier when Eric will come to know about it. It is pretty obvious from what Nicole said, she is just extremely selfish and wants to finish off whatever comes in between her and Eric. Now the baby is there, she is suggesting Jada to get an abortion. Even though she didn’t tell her directly, whatever she said had that meaning only. Long-time fans might know that Eric is one among those four men who don’t have any biological child of his own. He has always wanted to have his own child. Because of Nicole’s infertility, she could never give him a baby.

However, Eric did get Sarah pregnant when they were in a relationship. But that child also died in a car accident. So, it is crystal clear that this is a golden opp ortunity for Eric to become a father. Seeing Nicole having such wicked thoughts will completely put Eric off. the preview videos saw Eric delivering a stern warning.

Once Eric comes face-to-face with Nicole, he will tell her to mind her own business and interfere in some matter as sensitive as that. Looks like Eric and Nicole’s relationship is to face a rough patch. Will the ship sink, or something else will happen? We will know that. Days Of Our Lives airs every weekday on Peacock+ live-streaming app. For more updates and spoilers, visit our website, TV Season & Spoilers.