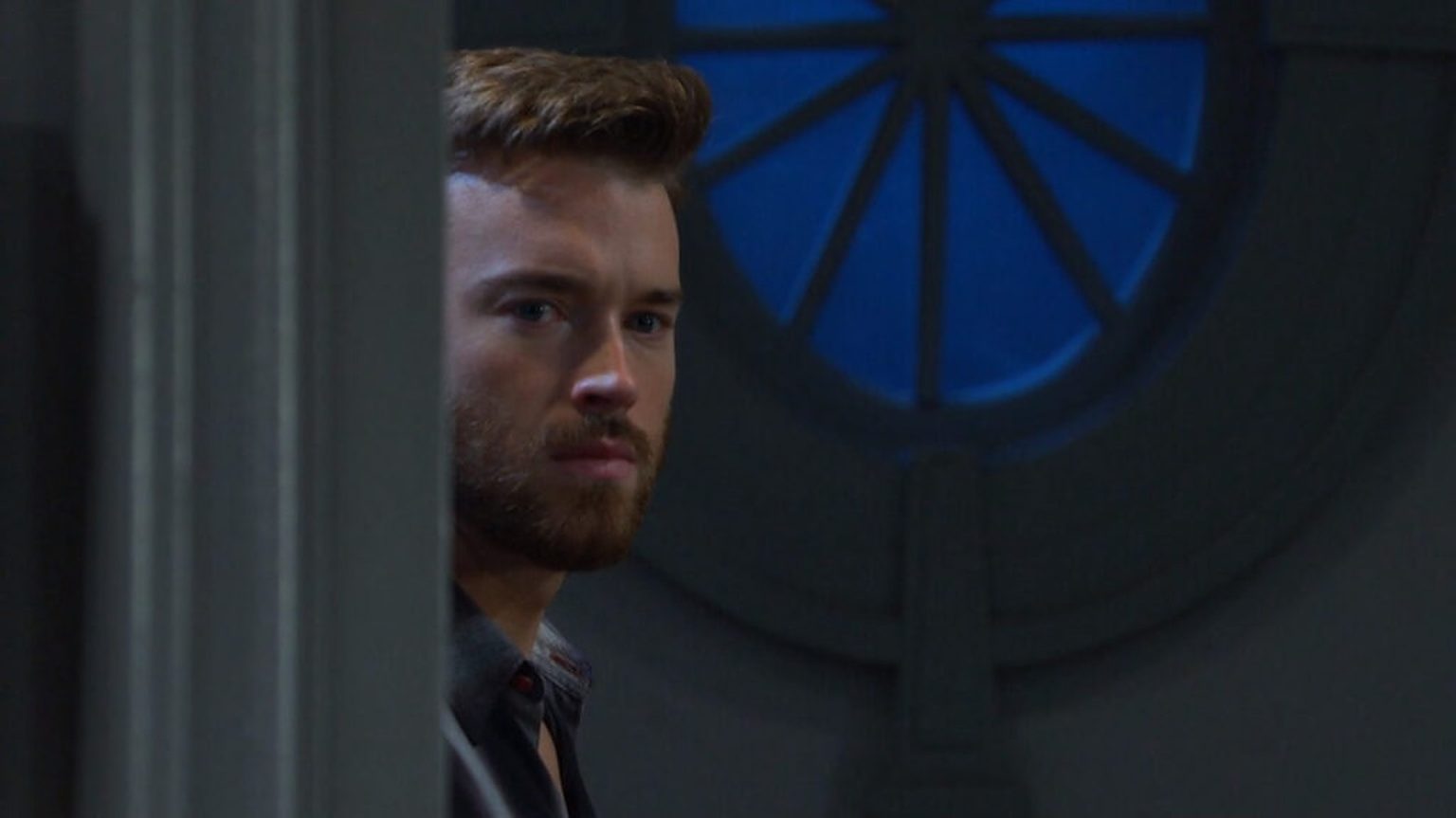 Days of Our Lives spoilers for January 16, 2023, reveal that Sarah will bust Gwen and Xander and will immediately get the wrong idea. Although Sarah thought of giving Xander another chance, she will now decide to end it for good. In the meantime, Will Horton will overhear Leo and Sloan’s conversation and will know that Leo was involved in Xander’s drama. How will Sonny react to Leo’s yet another deception? Keep reading and find out what happens in today’s episode.

Leo Thrown Out Of Kiriakis Mansion

On Monday, Will Horton will visit the Horton house to get Julie’s rosary for her. However, something unexpected will happen over there. Days of Our Lives spoilers say Will Horton will overhear Leo and Sloan’s conversation. Fans know that Leo is feared for his future and wants to seek some legal help. So, he will meet with Sloan to narrate what all happened to him and wants her to help him out. Little does he know that Will will also be over there, eavesdropping on what they are talking about.

Once he knows that Leo is involved in the Xander drama, he will realize he, indeed, was right about him from the start. Other spoilers say Will won’t waste any time and inform his husband about his new friend and his deception. So, Leo will now have to face the music. Looks like Sonny will explode at him in the coming week and eventually kick him out of the mansion. Sonny will realize his mistake and might apologize to Will for not listening to him.

Elsewhere, Chad will be consoling a heartbroken Stephanie. Not just the loss of her mother but also Alex’s confession will break her heart. After dumping Alex, she will decide not to forgive him ever again. As for Chad, it will be a great opportunity for him to get closer to Stephanie. He also has feelings for her, so he might as well decide to move on from Abigail’s memories. Stay tuned to see if Chad and Stephanie

will become the next hot couple in town.

Coming up next, Sarah will take Bonnie’s advice seriously and make a decision. Even though she doesn’t know if she’ll be able to trust him like before, she will decide to give Xander another chance. Days of Our Lives spoilers claim Sarah will leave to meet Xander at his motel room. In the meantime, Gwen will also reach there and will make a sad discovery.

Xander will be completely drunk and alone in his room in a nearly unconscious state. She will help him get up from the floor and give a pep talk to him. Gwen will send him to sober up a bit with a shower, this is when Sarah will arrive at the door. Looks like she will misunderstand Gwen and Xander’s relationship, especially if Xander is half-naked! Will this situation ruin Xander and Sarah’s relationship once and for all? We will know that. Days of Our Lives airs every weekday on Peacock+ in the US and on the W Network in Canada. For more updates and spoilers, visit our website, TV Season & Spoilers.