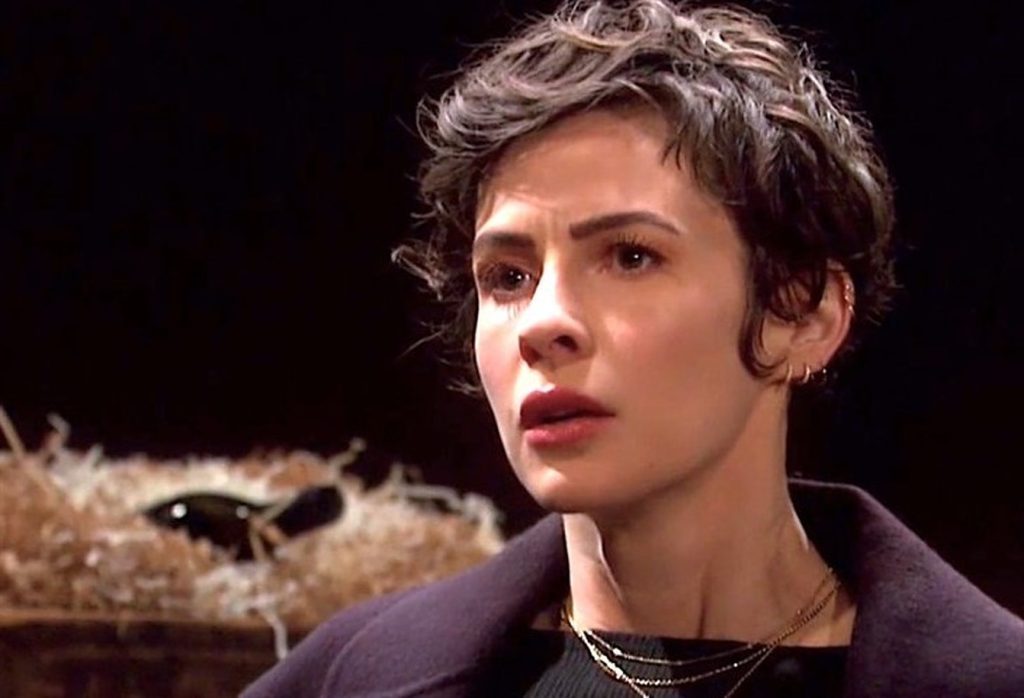 Days of Our Lives Spoilers For December 27, 2022: Will Is Pissed Off, Sarah Overhears The Truth

Days of Our Lives spoilers for December 27, 2022, reveal that Will Horton will be pissed seeing Leo in Kiriakis mansion. While Leo and Will have some argument, Chad will end up having bad timing. Alex and Stephanie will have some plans and that’s when Chad will show up at their door. Elsewhere, Sarah will stumble upon Gwen and Xander having a secret meeting. Keep reading to know what happens further in DOOL in today’s episode.

First, Paulina is already facing many issues including her legal battle at the moment. But, this upcoming episode will be better for her because things will start to look a little better for them. She will be able to come out of prison and celebrate the holidays with her family. But, that’s isn’t all, because Days Of Our Lives spoilers claim she will get a surprise visitor to celebrate the holiday season.

Looks like it will none other than be Eli who will visit Salem with his twins. While his wife is still in prison, he will come to meet his mother-in-law. Eli will also meet with Chad and both of them will have a chat. Chad will share his ordeal of losing his wife and being a single parent. Eli will also agree that being a single parent is really difficult. Even though his wife is alive, they both are somewhat on the same boat.

Speaking of Chad, he will land at Alex and Stephanie’s place at the wrong time. As both of them will decide to go to the bedroom, Chad will come to interrupt their plans. Looks like Chad and Alex will end up playing Stephanie’s new game system leaving her alone. While these two are bonding well for now, things won’t be the same in the future. Fans can expect Chad to make things go downhill once he starts displaying his love for Stephanie.

Days Of Our Lives Spoilers: Will Pissed Off

Next, Will Horton will decide to give a surprise to Sonny on Christmas. While he said he can’t make it, Will Horton will come to surprise Sonny only to get shocked in return. Days of Our Lives spoilers reveal that Will Horton will find Sonny shirtless with Leo inside the Kiriakis mansion. Not just that, he will also learn that Sonny and Leo have become friends and Leo is staying with him in the mansion.

Will won’t just be shocked but also wouldn’t know how to react to this. He will ask Sonny to throw Leo out of the house, but he won’t do that. So, Will and Sonny will have an argument where Will Horton will end up leaving the house to stay somewhere else. Will Sonny stop his husband from going, or will he leave him to do whatever he wants to? We will know that soon.

Finally, Sarah will continue to suspect Xander and the little chat she had with Bonnie. While she takes a walk through the park where Bonnie was attacked, she will stumble upon Xander and Gwen. Coincidently, they will also be having a secret meeting over there. Looks like Sarah will eavesdrop on what they both are talking about. Will Sarah finally be able to know Xander was the kidnapper? We will know that soon. Days Of Our Lives airs every weekday on Peacock+ in the US and The W Network in Canada. For more updates and spoilers, visit our website, TV Season & Spoilers.