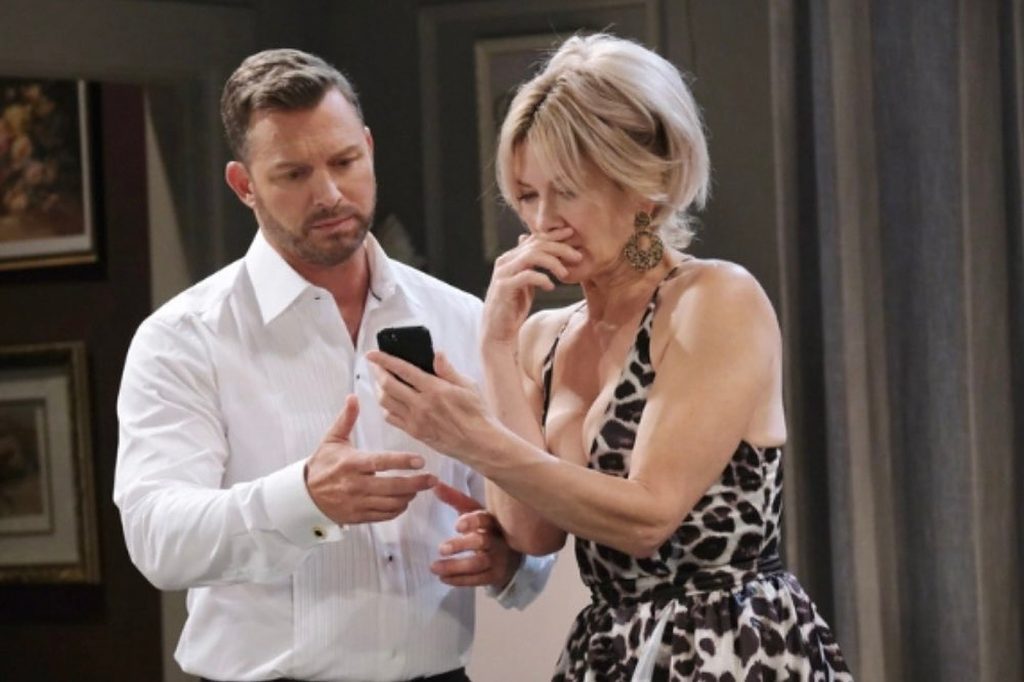 DOOL/Brady (Eric Martsolf) confesses something
Days of Our Lives Spoilers

Days of Our Lives spoilers for January 5, 2023, reveal that Kate will collapse at the pub. Once she is rushed to the hospital, Rex will learn that her condition is serious. In the meantime, Brady will confess something. Kristen will surrender, but the orchid will be missing from the cupboard. On the other end of the town, Sloan will fear for her future. Let’s read further to know what will unfold in today’s episode.

First, Rex will get Kayla’s medical reports and will learn that the biotoxin has started attacking Kayla’s body. Days of Our Lives spoilers say Rex will give some difficult updates to her. In the meantime, Kate will also collapse at the pub. Chad and Roman will see Kate fainting and will make sure that she is rushed to the hospital soon. Kate and Marlena’s symptoms will increase, but Marlena will decide to stay with John.

Fans know that these three women have been facing the same issue since the day they were given the poison. Other spoilers say all of them will eventually die in the coming weeks, and the family members will become an emotional wreck. However, there will be a huge twist in the storyline, which will bring them back. So, we have to see what will happen with them in the upcoming weeks.

Days Of Our Lives Spoilers: Sloan Frets For Her Future

Past few days Sloan and Eric have come closer to each other. Days Of Our Lives spoilers tease that when Eric asked Sloan to babysit Rachel, she accepted it. However, she will soon start regretting it. Sloan knows that Kristen is a dangerous woman

, and getting on her bad list will cost her big time. While she is babysitting Rachel, she will fear for her future if Kristen comes to know about her involvement.

Looks like that is what is going to happen. Other Days of Our Lives spoilers say Brady will finally confess that Rachel is safe with Sloan. However, that doesn’t mean Brady will allow Kristen to meet with Rachel. At least not until she hands over the orchid to her. The problem is here, the orchid is missing, and both of them don’t know about it. Once Kristen finally surrenders to Brady’s wish, she will discover that the orchid is missing from the cupboard.

Although Brady might not believe her initially, he might finally understand that the orchid is indeed missing for real. While they try to plot plans to find it, all three hostages’ life will be in trouble. Since the spoilers say they will die, it looks like the orchid will remain missing for a couple of episodes. It will be interesting to see who stole it from Kristen. Stay tuned as DOOL will air more action-packed episodes. Days Of Our Lives airs every weekday on Peacock+ in the US and on the W Network in Canada. For more updates and spoilers, visit our website, TV Season & Spoilers.