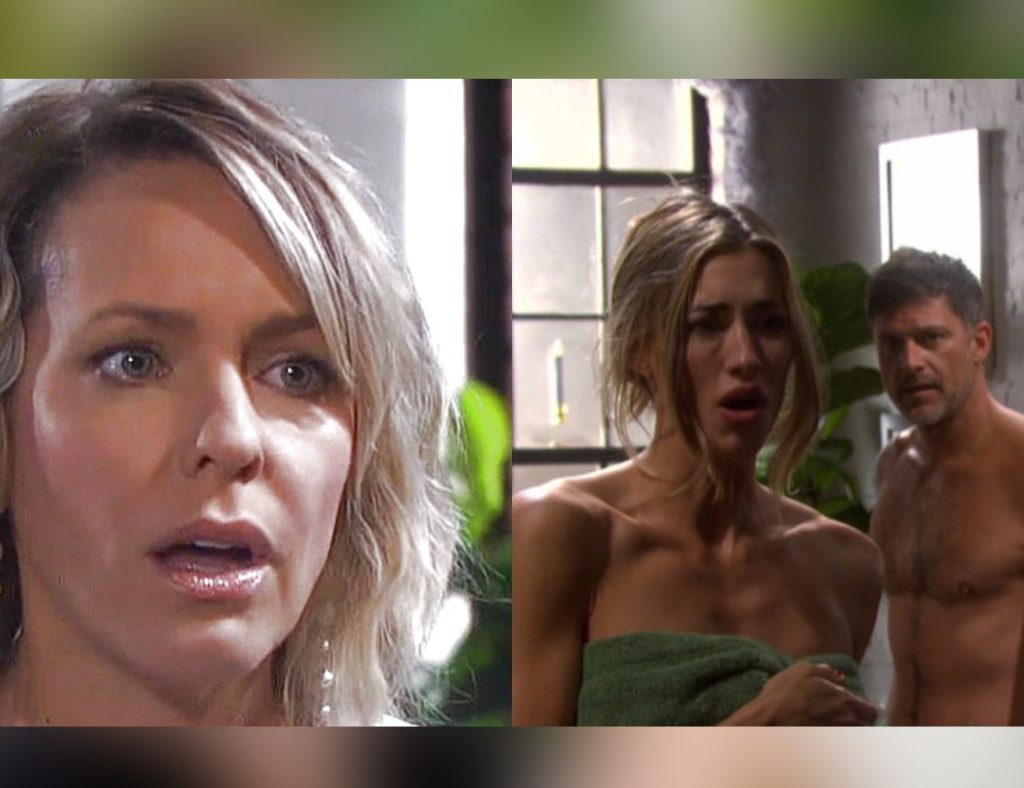 Days of Our Lives Spoilers For December 15, 2022: Brady Kisses A Mystery Woman, Nicole Gets A Shocker From Eric

Days of Our Lives Spoilers For December 15, 2022, reveal that Brady Black will make a carnal mistake as he plants a kiss on a woman of Church. Meanwhile, Marlena and John will indulge in a sabotage mission of their own. Elsewhere in Salem, Nicole will witness Eric and Sloan step out of the steam. Furthermore, Ava has a murderous explosion on her mind. Looks like the upcoming episode of Days of Our Lives is going to be high on drama, spice, and all things nice! So let’s dig in to see what can we expect to go down in Salem.

Brady Black Makes A Huge Mistake, Marlena And John Cook Up A Scheme

Days of Our Lives Spoilers For December 15, 2022, reveal that Brady Black will bump into Sister Mary Moira Banks at the townhouse. In a zone of his own, the hottie will presume the woman to be Kristen, wearing a disguise. Even after Sister Mary’s denial of being Kristen, he will plant a kiss on the woman. In hopes of proving his point and unraveling “Kristen’s” ploy. However, his quick-on-the-feet trick will backfire. Sister Mary will be outraged at his act and lash out at him.

Later, Sister Mary will reveal the incident to Marlena. The latest Days of Our Lives spoilers suggest that Marlena and John are already quite opposed to Kristen. And, will decide that the matter of Kristen has gone too far already. Thus, the couple will decide to take control of the situation and pluck Kristen out of Brady’s life forever. This, of course, will involve scheming, plotting, and treachery. Will they be able to rip Kristen out of their son’s life? Or will their constant meddling end up bringing the two closer?

Days of Our Lives Daily Spoilers For December 15, 2022: Nicole Sees A Steamy Sight Between Eric And Sloan, Ava Does The Unthinkable

Ava is proving herself to be extremely wretched and irredeemable. The latest Days of Our Lives spoilers suggest that she will go down a dangerous road. Ava will plant a bomb at the venue for Susan Banks’ memorial service. The target of her evident ire is EJ. However, she seems to not care about how many other people end up becoming collateral damage. Will she be able to make the explosion happen? The bombing device is planted and ready for action! Stay tuned to Days of Our Lives to see if she goes through with her evil plan.

In the other part of Salem, Nicole gets a shocker. She is stunned as she sees Eric step out of the shower with Sloan. Perhaps, after creating some streams of their own inside? That’s certainly not a thought Nicole wants to warm up to. Sloan will run in to Nicole’s face that she spent the night with Eric. Later, Nicole will confide the tale to EJ, who will console her. Days of Our Lives spoilers suggest that Nicole and EJ’s friendship will get stronger and will eventually turn into something more romantic. So stay tuned to find out what happens next on Days of Our Lives, airin