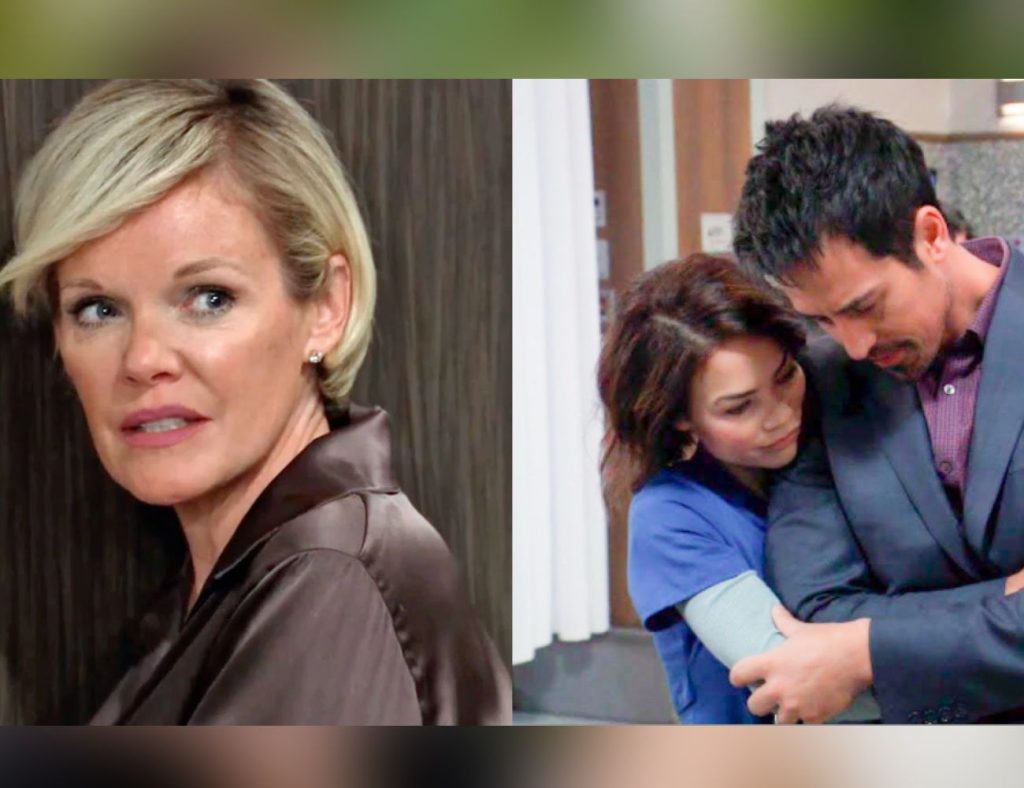 Nikolas Cassadine is a very very busy man on General Hospital these days. His hands are more than full of one man’s fair share of women. Unfortunately though, none of them are about to make his life any easier. In fact, spoilers suggest one of them is about to surge a war against Nik. And, it’s none other than the current Mrs. Nik Cassadine, Ava Jerome! But, what has lead Ava to stand against her husband? Has she learnt the truth of Nik being Esme’s baby daddy? Or, is she about to catch Liz and Nik getting “too close”. Let’s dig in!

Liz Fakes Pregnancy To Save Nik

Finn is hot on uncovering what Nik is hiding in his castle. He starts to get uncomfortably close to discovering that Esme is alive, pregnant and a hostage at Nik’s on General Hospital. In a Hail Mary attempt at saving Nik from getting caught and Esme’s pregnancy getting exposed, Liz does the unthinkable. In an attempt to throw Finn off the trail, she tells him that she is pregnant with Nikolas Cassadine’s baby. Thus, making sense of the prenatal vitamins, Finn got his hands on, but leaving him stunned with the truth (lie).

While, Liz may have succeeded in derailing Finn’s investigation, she has created a long-run problem for herself and Nik on General Hospital. Finn is not really known to be a tight-lipped man. Even on better terms, Finn has ended up spilling the beans about Liz’s life to Port Charles gen pop. So, there is no way in hell that Liz can expect him to be quiet about this baby bomb. Even if she is able to momentarily convince him to stay shut, he will inevitably blab it to someone. And then, it is only a matter of time before the news travels to Ava Jerome! And she will not react as plainly as Finn, that’s for sure! Nik and Liz better watch out for their backs!

Ava Rages War Against Nik And Liz On General Hospital

Even if Liz somehow magically convinces Finn to stay quiet on General Hospital, she has just stepped on a ticking bomb along with Nik. Finn may eventually crumble under the feeling of being betrayed by Liz. Hence, deciding that Ava deserves to know too that she has been betrayed by Nik. Or, he may even want some revenge, he surely must’ve not forgotten about the whole Reiko thing with Liz this soon! So he may have two axes to grind with Liz now! And what better ally in his vengeance than a woman scorned! Especially when that woman is Ava Jerome!

Once Ava learns the truth about Liz having Nik’s bun in her oven, she will be fuming on General Hospital. Ava is no woman to be taken lightly, so fireworks can be expected in an incomprehensible magnitude. GH spoilers suggest that Ava will unleash her wrath on Nik and Liz. And we expect nothing less than that from her. She had just started to get past Nik’s betrayal with Esme, so a bomb like this will tick her off no ends. She will not forgive a second betrayal from Nik. It would be interesting to watch how Nik and Liz will navigate through her line for fire , as they struggle to hold up the charade and also hide the real truth about Esme. So stay tuned to ABC for some really action packed episodes of General Hospital.