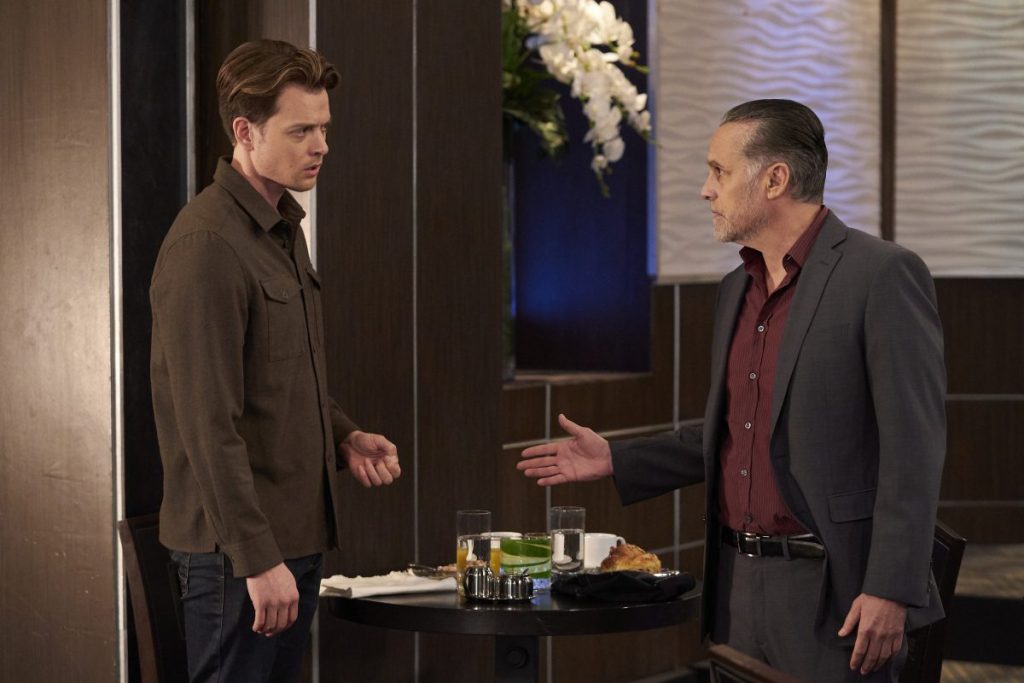 General Hospital spoilers for October 11, 2022, tease that Nikolas and Esme will have a face-off, and things will get ugly from there. Over with Dante, he will grill Dex and would like to know why he has so many bruises all over his body. Elsewhere, Oz will be attacked, and Trina will get a negative feeling about what’s going to happen next. Continue reading to know what happens in today’s episode.

Anna-Valentin’s Plan To Take Down Victor

On Tuesday, Anna will seek Robert’s help in taking down Victor. Once she ensures him that the killer will be caught, Anna will ask for some help in return. She will want Robert to distract Victor’s bodyguard, Johann. In the meantime, Valentin will hire Nina to help him in his plan.

So, she will call Victor and deliver a random excuse to make Victor change his rooms at the Metro Court. The goal is to make Victor take another room which will be bugged by Anna and Valentin. They both will want to eavesdrop on what Victor is saying in the hope that they might get some tips on Charlotte’s whereabouts.

Elsewhere, Dante will grill Sonny and would like to know why he has bruises all over his body. Even though Dex can share the recent happenings, he will choose to keep mum. Dex will dodge Dante’s question with some random excuses. By this, he will save Sonny. Speaking of Sonny, fans know how he pleads with Michael after getting a pep talk from Gladys. However, Michael will just ignore his father’s plea and continue to plot against him.

At Wyndemere, Esme will have a face-off with Nikolas, who will be shocked to see Esme alive. When Nikolas tells her how much he tried to search for her, Esme will call out his lies. General Hospital spoilers tease that Esme will drop a big shocker. Although we don’t know what it might be, the chances of her being pregnant or having Nikolas’ video confession is high.

Later, everyone will learn about the recent attack in town. The PCPD will discover another victim’s body in the pier. That victim will be none other than Oz, the bartender who was drugged by Esme. Over with Trina, when she learns about the attack, she will have a bad feeling.

Trina will share with Ava about her bad feeling and will tell her that something wrong is going to happen real soon. What could that be? Now that Esme has returned, her main enemy in Port Charles is Ava. Chances are there that Esme might target Ava again. Who knows? Anything is possible. Stay tuned as GH will air more action-packed episodes in the coming weeks. General Hospital airs every weekday on ABC. For more updates and spoilers, visit our website, TV Season & Spoilers.