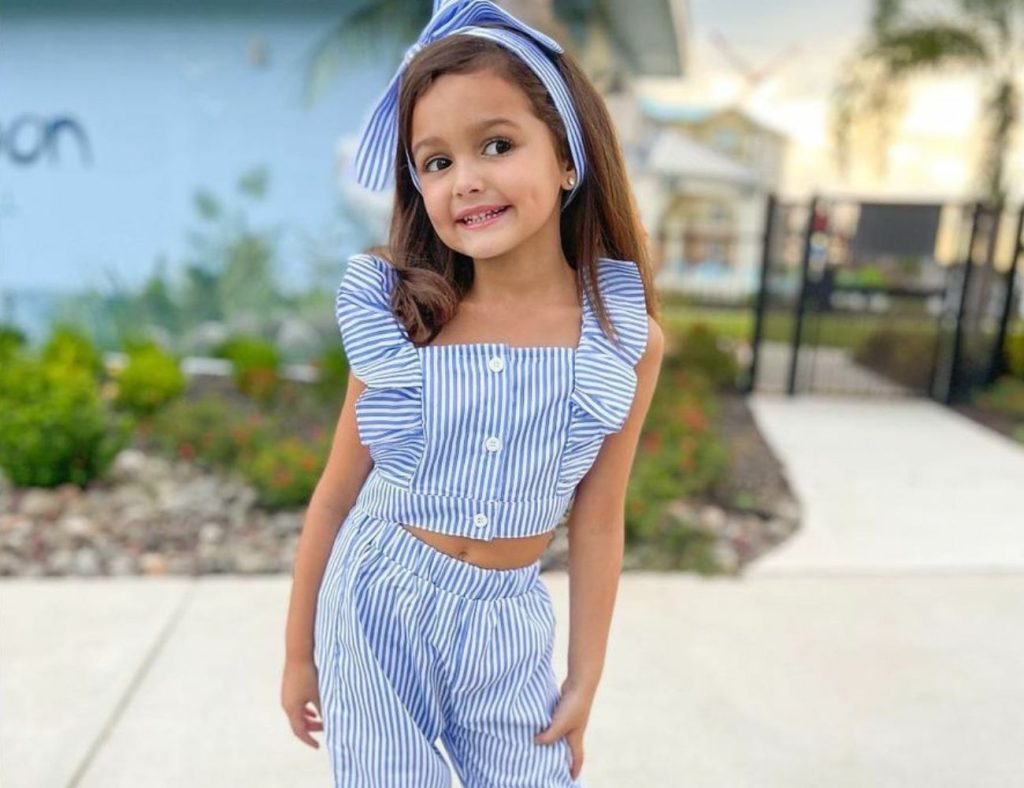 General Hospital Comings And Goings: Baby Donna Has RETURNED But With A NEW FACE

Amidst all the gory happenings on General Hospital, viewers got a pleasant surprise when they saw an adorable face pop up on their TV screens! Some of us may have recognised the tiny tot from her already increasing work history! It’s none other than child star Scarlett Brielle. But what is she doing in Port Charles? What is the connection? Keep Scrolling to find out!

The Adorable General Hospital star’s manager took to Instagram to finally reveal the well-guarded secret! “This has literally been the hardest secret I have ever had to keep!” Scarlett’s manager exclaimed in his post. Declaring, they are ecstatic to join the cast of GH. He also mentioned that they are honored that, Maurice Benard is her on-set Dad. While, Laura Wright is her mom, and the Scarola twins, her sister. If you haven’t guessed it already, Scarlett is now portraying the character of Donna Corinthos.

Although, Scarlett is just starting out her acting career. She is already an established and popular name as a child model. She debuted in General Hospital as Donna Corinthos in the November 01, 2022, episode. Scarlett is quite a charming child it seems, with a lovely screen presence and will win over General Hospital fans in no time! This is literally a dream debut and will surely give her a career boost!

Donna entered General Hospital as the daughter of Sonny and Carly Corinthos, born in September 2019. Initially, the role was played by twins Ella and Emma Hulen. They appeared as Donna till April 2020. However, when Donna reappeared in August 2021, she had aged a bit and was portrayed by child actress Ava Rose. And now the role is passed on to Scarlett. Hopefully, we will get to see her play Donna a little longer than her predecessors.

Furthermore, the recast and reappearance of Donna make us wonder if we are about to see a new storyline involving Sonny, Carly, and Donna. As we know, Carly is no longer with Sonny as has returned to Port Charles with a new lover in tow. Looks like we will have to wait and watch what’s coming our way. So stay tuned to ABC over weekdays to catch the fresh episodes of General Hospital.