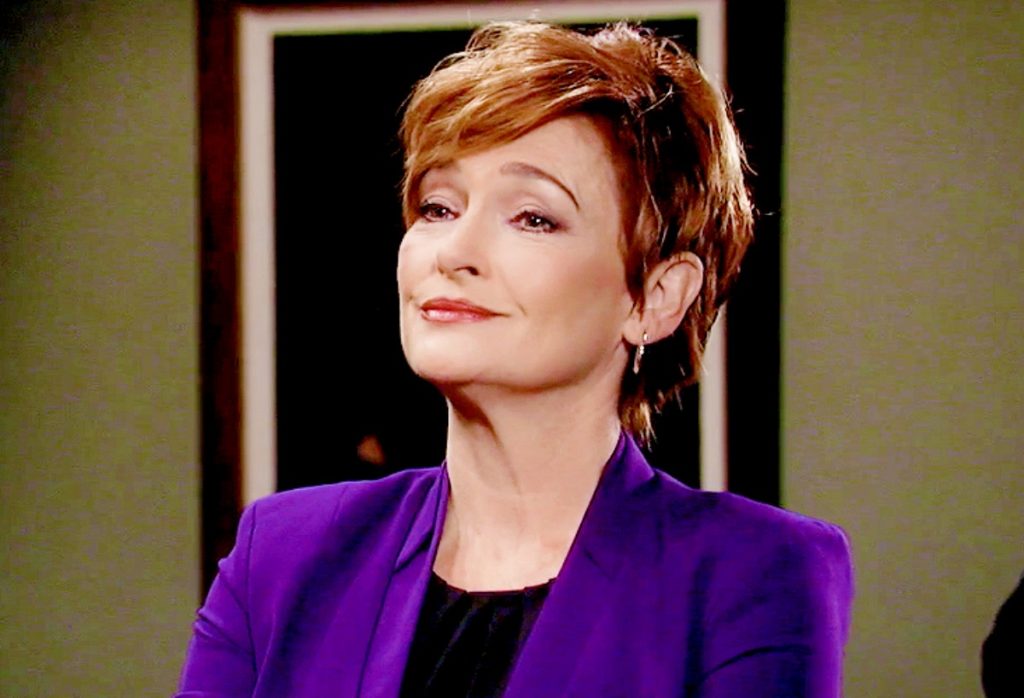 General Hospital: Diane Might Be Saved From The Hook Attack, But Actress Carolyn Hennesy Might Be On Her WAY OUT OF GH!

Fans went on a frenzy when Diane was attacked by the Hook Killer on General Hospital. Brando had recently died and written off the show, fans feared that Diane was being netted out, too! However, much to their relief, the feisty lawyer survived the attack. Although, the latest news making circles is that actress Carolyn Hennesy has found a new prime-time gig! Does that mean we won’t be seeing her play Diane on General Hospital anymore? Let’s find out!

Carolyn joined the cast of General Hospital in 2006 as lawyer Diane Miller and has been appearing on a recurring basis ever since. It took the talented actress no time to become a fan favorite. She has even scored two Daytime Emmy Award nominations for Outstanding Supporting Actress for her work on the daily soap.

If you too are fan of her acting chops, just like us, then you don’t want to miss this! Carolyn will soon be seen appearing in a guest role on the prime-time giant NCIS. Her episode, Love Lost, is all set to air on Monday, Nov. 14, at 9 p.m. ET on CBS. The General Hospital actress will be playing the role of Tara Flynn, the Secretary of the Navy. The NCIS team will be investigating her after her husband claims she tried to murder him! But has she really done it? We will have to watch the episode to find out!

Oh! And to answer the looming question! NO! Carolyn Hennesy is NOT LEAVING General Hospital. We will still get to see her play the sassy lawyer we love so much. Diane is in Port Charles to stay! And hey, the Port Charles citizens are going to be needing a lawyer to represent the victims when the Hook Killer goes on trial, right? Given the killer gets caught soon, though.

The mystery is driving everyone crazy! So don’t forget to catch Carolyn at the other end of the investigation, in contrast to her lawyer role as Diane. Tune in to CBS on Monday 9 PM ET, to catch her on NCIS. Meanwhile, stay tuned to ABC over weekdays to continue watching the thrilling ride of General Hospital.