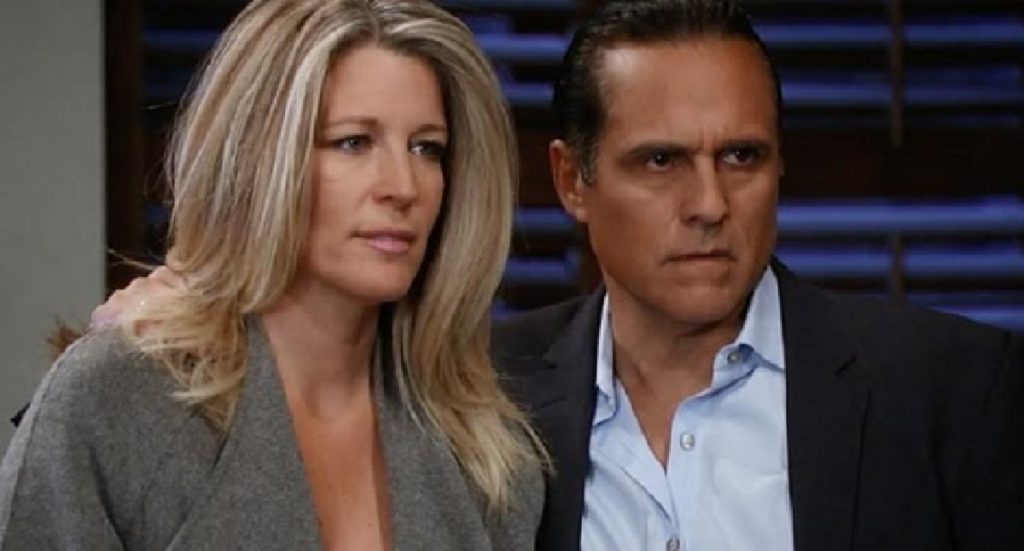 General Hospital Preview Video For The Week of August 2-6 Is Out! Carly And Sonny Come Face To Face?

General Hospital Weekly Preview is out, and it reveals that the upcoming week of August 2-6 will be the week of revelations. It looks like a number of truths will come out, and that will shake everything up. Nina will be on a video call with Wiley, and Carly will interrupt it. On the other hand, will be “Mike” who will want to say hello. Willow and Michael’s truth is about to come out too. Jason is also in the mood to straighten things up. What will all happen? Here is everything to know-

The preview video for the upcoming week sees Nina as she gets a video call from Wiley, who is celebrating his birthday in Port Charles. Nina will be more than happy to see her grandchild, who she was already missing. However, there will be a twist when Carly enters the frame and asks who Wiley was talking to.

At the same time, in Nixon falls, “Mike” will ask Nina if he can say hi to Wiley. Even though “Mike” doesn’t remember anything and has amnesia, he is getting memory flashes. He isn’t pushing to search for his family right now, but that doesn’t mean that he doesn’t have that on his heart and mind. So, when “Mike,” says that he wants to speak to Wiley, how will Nina react? Will she be able to handle the situation? Could Carly and Sonny come face to face? We will know soon.

As we move ahead in the video, viewers get to see Jason as he speaks to Carly. He tells her that Britt is hurt and that it is because of him. So, it looks like Jason will want to smooth things over with Britt. He might talk to her. Would he tell her the truth about his marriage with Carly? General Hospital viewers know that Britt is heartbroken

, and now she is trying to move on with the first person she laid eyes on. That person was Jax. But how will Britt react when Jason reaches out to her? Will she be able to forgive her? It doesn’t look like that.

Willow And Michael Get Caught

General Hospital preview also reveals that Willow and Michael might get caught. They will give into temptation and engage in passion when someone walks in on them. And this someone is none other than Harrison Chase. He will be eager to show Willow that he has started to walk again. However, he might end up catching Willow and Michael in the act.

As suggested by Celebdirtylaundry.com, even if he doesn’t catch him and that’s just a close call, Willow and Michael will have to make a decision. They might decide that it’s time that they tell Chase the truth. After all, no matter in which state Chase is, the truth will break his heart. Prolonging it will only cause him more pain.

General Hospital: Trina Finds Out Something

The final scene in the preview video sees Stella Henry,

who confronts Portia. Stella tells Portia that she would be the other woman in Curtis’s life because his marriage isn’t over. Just as Stella and Portia are speaking, Trina walks in and listens to all of this. Will she start feeling deceived?

But, she doesn’t know everything right now. So, what will she make of this information? We will have to wait to know. General Hospital is bringing in some very interesting storylines. So, make sure you tune in and enjoy. In the meantime, check out the preview video here-