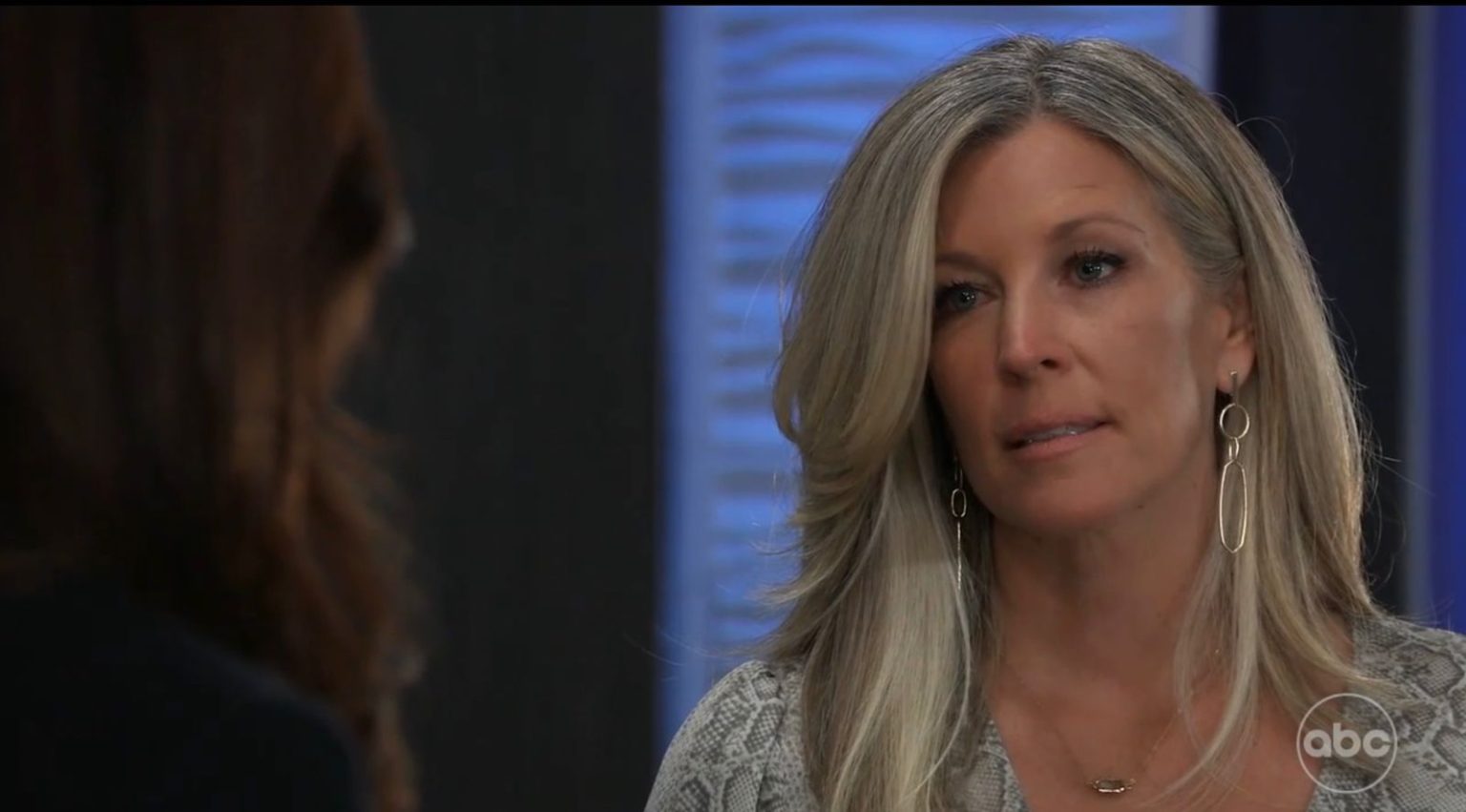 General Hospital Preview Video For The Week Of January 10, 2022: Carly And Nina, Confrontation, Trina Is Shocked

General Hospital preview video for the week of January 10, 2022, is out, and it reveals that things will get tense between Carly and Nina in the upcoming days. These women have been at odds, but now, they will be face to face again.

Later on, Marshall will decide that he wants to come clean with Curtis, and we will have to wait to see what he does. On the other end of the town, Victor will put a plan in motion, and Trina will come across something shocking. What is it? Here is all about it.

General Hospital spoilers suggest that things will heat up between Nina and Carly in the upcoming days. Carly will not sit back and let Nina meddle with her family. So, in the upcoming days, Carly will confront Nina. Carly would make it crystal clear to Nina that it would be better if she stayed away from Sonny.

The preview video sees Carly telling Nina to “Stay the hell away from my husband!.” GH viewers know that Carly has threatened Nina before, but this time it will be different. Since Carly is out for blood, things will be even more threatening in the upcoming days. Will Nina back off? We will have to wait to see.

The preview video also reveals that Curtis will be trying to make peace with the fact that Marshall is alive and has returned to Port Charles. Ever since Marshall returned to PC, Curtis has had a lot of questions around him. But Marshall hasn’t given him a lot of answers.

However, things will change soon. General Hospital preview for the week of January 10, 2022, reveals that Marshall will talk to TJ Ashford, and after that, he will be ready to tell Curtis the whole truth. However, would he tell her the actual story, or will it be partial truths? Only time will tell.

As per the latest spoilers, the week of January 10, 2022, will see Victor as he puts a twisted plan in motion. The preview video sees Esme Prince as she looks all smug and happy as Victor talks to Spencer Cassadine. So, it looks like Victor will try to get Spencer to believe that family is everything. Would Spencer fall for Victor’s statements and do as he says? Only time will tell.

Trina Walks In On An Intimate Moment

Rounding off the preview video is Trina Robinson, who will walk in on Curtis and Portia while they are in an intimate moment. They will be in a passionate moment, and Trina will be shocked when she sees them together. There will be several relationships tested in the upcoming days. So, things will be interesting.

On the other end of the town, Sonny will confide in Laura about how he has messed up. Would Laura be able to encourage help, Sonny? Would Sonny and Carly ever get back together? Only time will tell. General Hospital spoilers also suggest that Brook and Austin will get in a face-off. So, we will have to wait to see what happens there. The upcoming episodes of General Hospital will bring many answers. So, make sure you tune in and enjoy. In the meantime, check out the preview video here.