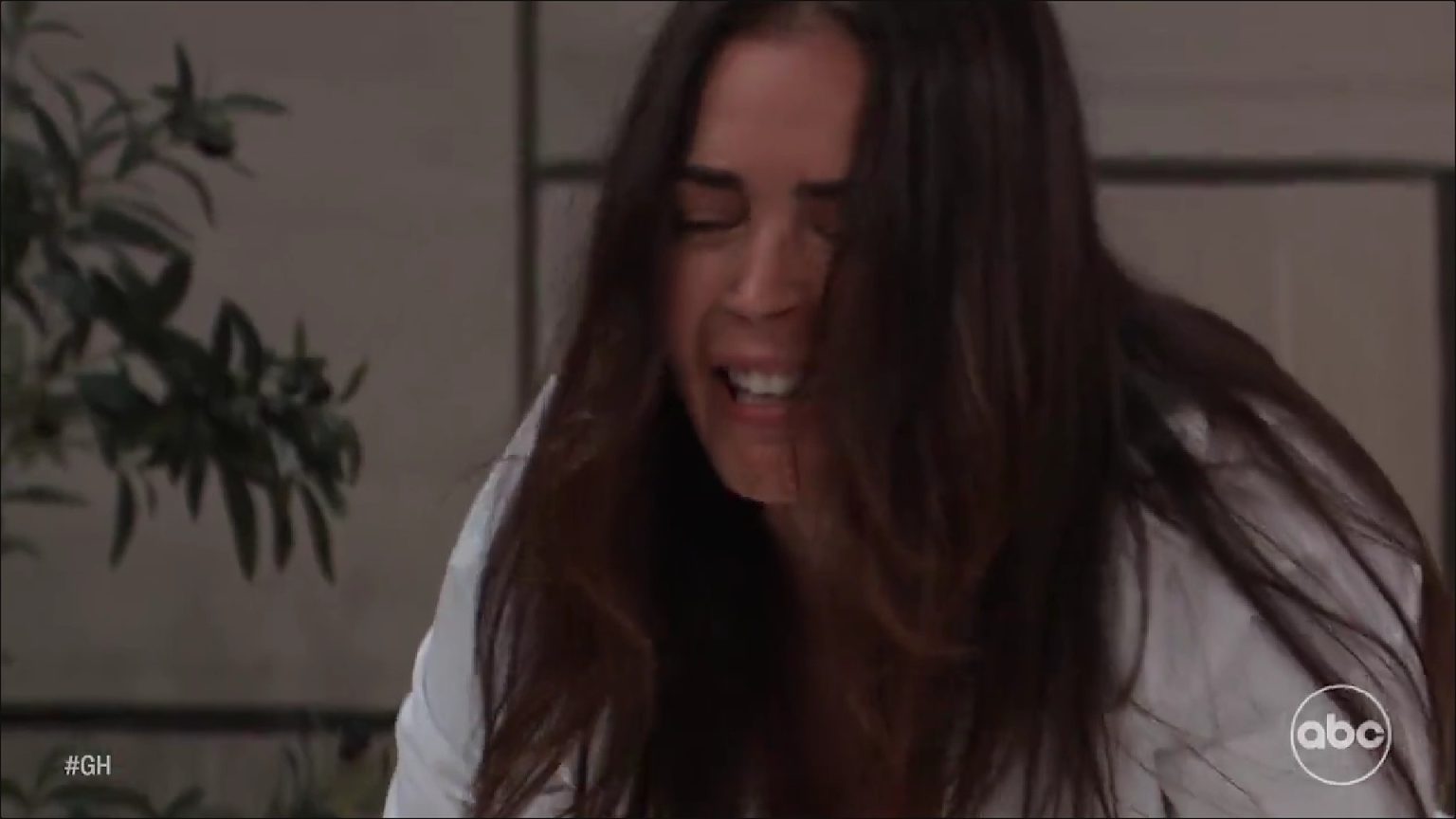 General Hospital preview video for the week of November 21-25, 2022, tease that Britt will be extremely fearful of her health crisis. On the other hand, Victor will plot another sinister plan with Holly. Speaking of Holly, Robert will confront her about what she has got to do with Victor. So, will she reveal that she is working with Victor even though she doesn’t want to? Keep reading to know what is brewing in Port Charles.

As for Holly, she will come clean about her team-up with Victor. However, Holly will cleverly hides the incident where she shot Lucy wearing Anna’s mask. However, that won’t be enough, Victor will again assign Holly with some tasks. One that involves taking the necklace and handing it over to Victor.

The General Hospital preview clips show that Robert has kept that necklace inside a suitcase and has tied that suitcase to his wrist. So, Holly will wonder how she is going to take that suitcase off his wrist. It will be better if she shares her new task with Robert. Speaking of Victor, he is seen saying that taking one more life is not a great deal for him. In the meantime, Diane is also seen saying that she has a very bad feeling about the situation in Port Charles. So, what could that be about? Is Victor going to take another innocent’s life? We will know that soon.

Further in the preview video, Britt is seen thrashing a flower vase inside her cabin in the hospital. The spoilers say Britt’s medical reports will be out. Turns out that her disease is growing much faster than expected. So, Britt will feel increasingly helpless and will have an emotional breakdown. However, she will later confide in Liesl for comfort.

Finally, we see Carly and Drew, along with Sonny and Nina. Looks like Carly and Nina will have another face-off after this. Since Carly will know that Willow is looking for her bio parents, after this face-off, she will now completely be against that idea. At any cost, she would never want Nina to even go near Willow or even her unborn baby. Will Willow learn about her and Nina’s connection soon? Comment your thoughts down below after watching the preview video. General Hospital airs every weekday on ABC. For more updates and spoilers, visit our website, TV Season & Spoilers.