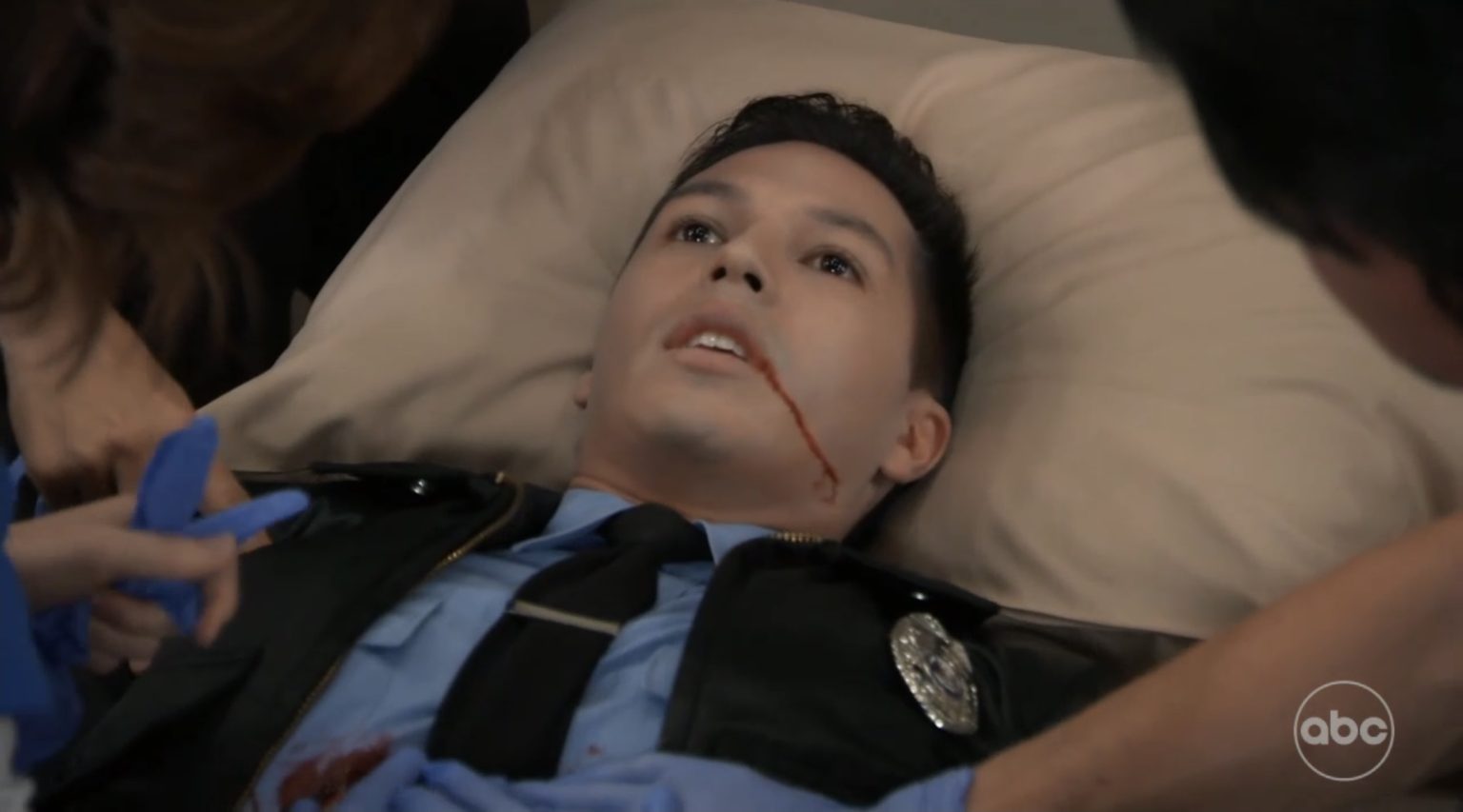 General Hospital spoilers for December 16, 2022, suggest that the upcoming episode of the soap opera will be a lot about heartbreak. Rory will be fighting for his life after being attacked by the Hook. So, Trina will be devastated to see her boyfriend like this. GH spoilers say that Rory will be unable to make it out of this. How Trina will cope with that is yet to be seen. Further, Ava will come to know about Nikolas’ baby as he delivers Ava the divorce papers. This will shake Ava’s world, and she will decide to avenge him. What will Ava do next? Keep reading to find out.

The December 16, 2022, episode of General Hospital will see Trina facing a heartbreaking blow. As per the latest spoilers, Rory will not be able to make it after the Hook attack, and that will crush Trina. While Rory is still fighting for his life, Dante will try to find the person responsible for it. He will discuss a new lead with Jordan and try to figure this out.

While their BFF Trina is reeling from her loss, General Hospital spoilers suggest that Cameron and Josslyn will have a chat. Josslyn already mentioned that she had an idea that she wanted to discuss with Cameron. So, he may want to follow up on that. Now, we don’t know if this couple will break up or will see Trina like this; they will decide to cling to what they have.

General Hospital spoilers suggest that there will be a lot of problems everywhere in Port Charles at the moment. Anna and Valentin are on the run, and Anna starts feeling fed up with the whole thing. She will start arguing with Valentin about it. However, Valentin, on the other hand, will be trying to clear Anna’s name while bringing Victor down.

Speaking of Victor, General Hospital spoilers suggest that Victor will poke the bear when he goes to meet Ava while she is already furious. Nikolas will have delivered the divorce papers to her. Not only that, but Ava will also come to know about his false affair with Liz and the fake pregnancy. So, Ava will be livid about that. Victor’s arrival will just make the matters worse for Ava. But, he will urge her to put this behind her and move on. As for Ava, she will want to avenge. We will have to wait to know what she does.

How Is Nikolas Taking It?

While Ava is planning for revenge, Nikolas will also be in a bad space of mind. Laura will ask Nikolas what is bothering him and try to get him to open up. To this, Nikolas will give Laura three guesses and hope she figures them out. Laura assumes that this has something to do with Nikolas’ marriage coming to an end.

Would Nikolas tell her about the pregnancy lie or hold on? We will have to wait to see. Nevertheless, Nikolas will rant about Victor to Laura and tell her how he tried to get Spencer out of jail sooner. As Laura and Nikolas speak about Spencer, Laura assures him and hopes Spencer will walk on a positive path. But the truth is, she doesn’t know everything that Spencer is doing, including punching Dex Heller.

Further related spoilers suggest that Liz will get a phone call that will leave her rather frantic. It could be some new trick that Esme might have pulled off, but it is also possible that Ava might have called Liz. Liz will have a lot to deal with in the upcoming days as she becomes a part of the whole Nikolas ordeal. Ava is out for revenge, so it will be better if Liz keeps her eyes open. General Hospital has surely taken a soapy turn, and it is all going to be very exciting. Watch the soap to catch up. GH airs on ABC all weekdays. Don’t miss the action.