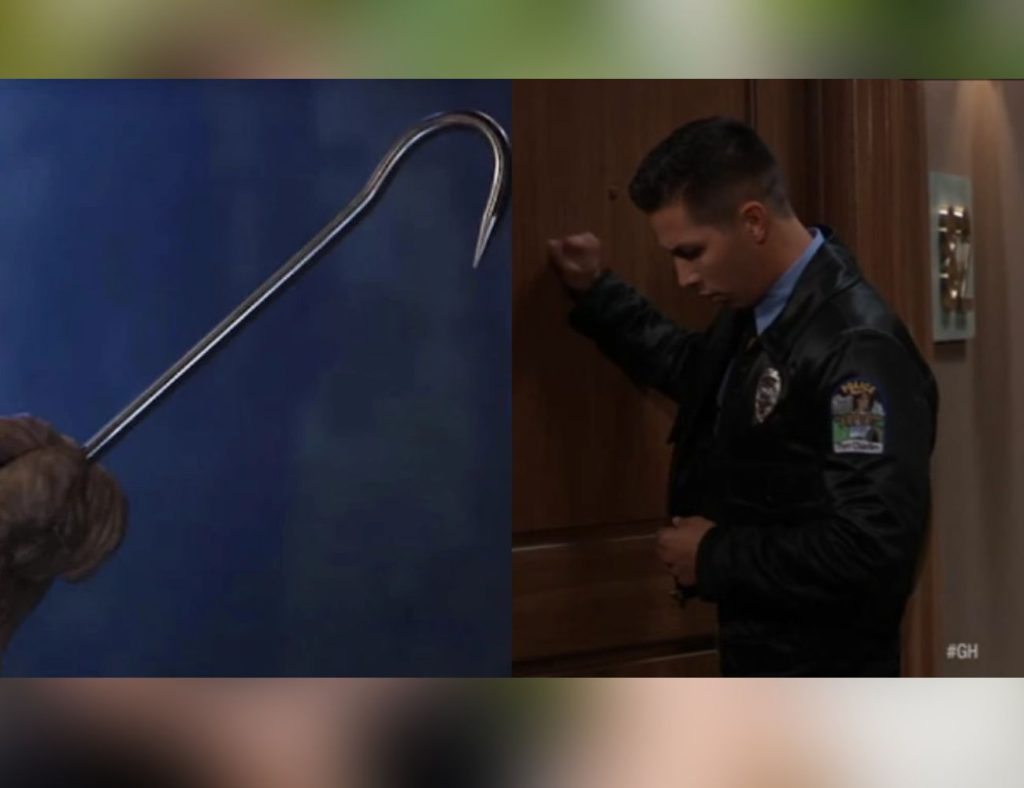 General Hospital Spoilers For December 15, 2022: Rory Is In DANGER, Spencer Lashes OUT

General Hospital Spoilers For December 15, 2022, reveal that the hunt for the Hook Killer will take centre stage again. Rory will land himself in the crux of the Hook Killer matter. Will there be disastrous consequences? Meanwhile, Nik will reveal a secret to Ava, leaving her startled. Spencer continues to spiral downwards. Looks like a lot is about to go down in the coming episode of General Hospital. Let’s take a closer look at what’s to come.

Portia still believes that the Hook Killer’s targets are all centered around her daughter Trina, on General Hospital. This will have the concerned mom on edge as she battles with the fear that the killer might target Trina next. She will confide her fears in Elizabeth Webber. Liz will comfort Portia and assure her that there is no way that Esme can hurt Trina now. Liz knows that Esme is trapped in Nik’s tower, with no means of escape. However, she does not mention the hostage situation to Portia.

Elsewhere in Port Charles, Nik has a rather serious conversation with Ava. General Hospital spoilers for December 15, 2022, reveal that Nik will be opening up a secret to Ava, which will leave her devastated. Ava will be in tears as she asks Nik what’s on his mind and if he has had a change of heart. We wonder if Nik has confirmed Liz’s pregnancy story to Ava. Or is this conversation more Esme related? Both have the potential to leave Ava heartbroken. Looks like Nik’s marriage is a goner! Find out the answer in the next episode of General Hospital.

General Hospital Spoilers For December 15: Rory Lands Himself Under The Hook, Spencer Continues to Spiral Downwards

The latest General Hospital Spoilers reveal that Rory has taken a keen interest in the Hook Killer case. As he drowns more and more into the Hook files, he uncovers an apartment address that could lead him straight to the Hook killer

. The Rookie Cop turns Rough Cop and takes the matter into his less experienced hands, and heads to the apartments straight. Has Rory made a grave mistake? Should he have discussed the matter with his more seasoned seniors at the PCPD? Perhaps yes! As Rory lands at the apartment, he is drawn in by the Hook Killer! Meanwhile, Dante races to Rory’s rescue. Will he get there on time? Or will he make a bloody discovery?

The General Hospital spoilers suggest that Spencer Cassadine has come out of prison an angry man. Moreover, if he doesn’t check his ways, he will find himself right back at Pentonville for parole violation. Spencer will lash out at Dex for no apparent reason and land a few solid punches on him. He will try to instigate Dex to fight back, but Dex will refrain from getting into a fistfight with the Cassadine teen. Joss will take up the matter with Spencer. However, he won’t have much to say in his defense.

Hopefully, someone will talk some sense into Spencer before he does something regrettable. Other GH spoilers suggest that Trina will get some alarming news. We wonder if it would be Rory related! Which of the above storylines are you most looking forward to? Please share in the comments. Meanwhile, stay tuned to ABC to catch the next episode of General Hospital.