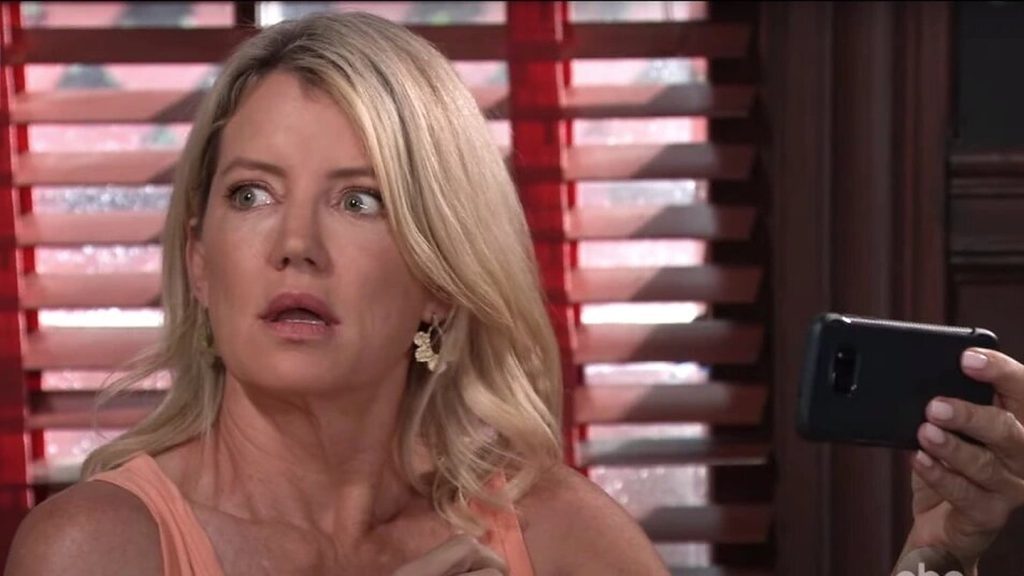 General Hospital spoilers for January 13, 2023, reveal that Carly will finally come to the chapel and spill the truth about Nina and Willow’s bio link. Once Nina learns about it, she will explode at Carly and will realize that she is the only hope for Willow now. In the meantime, Drew will inform Michael from his side about the deception and truth. Elsewhere, PCPD will interrogate Josslyn and want to know something important. Keep reading to know what is brewing in Port Charles in today’s episode.

Carly Spills The Truth To Nina

First, Carly will finally reach the chapel and will meet Nina over there. General Hospital spoilers say Carly will spill the truth to Nina about her bio link with Willow. She will also ask for help since she is the only help left for Willow now! Looks like Carly got to know about Nina’s daughter from Harmony Miller when she confessed to her on her deathbed. Not just that, Carly will also confess how she sabotaged Drew’s plans just to this secret under wraps.

After hearing such a huge scheming, Nina will explode at Carly for hiding such important information from her for all these years. Carly will also come clean about the DNA test results and how she rigged it as well. By next week, Nina’s bone marrow will also match Willow, and the truth will be out in the open. So, it is going to be a pretty emotionally chaotic week for Willow, Nina, and Carly. No matter what happens, Nina and Carly’s enmity will continue for many more weeks.

In the hosp ital, Drew will also spill the truth to Michael about Carly’s deception

and Nina’s bio link. So, it will be a big blow to Michael that his mother was sitting on such important information for so long, and second is Nina being the mother. In the coming week, Michael will make it clear to Nina that he will never forgive her for her past deeds, even though she is her wife’s mother.

Next, it will be Trina’s turn to spill the truth about her romance with Spencer. Even though they really love each other, they are also executing their plan. General Hospital spoilers say Trina will come clean about her recent planning with Spencer to Portia. She will explain how she and Spencer are acting to be in a relationship just to trigger Esme. They want her to drop all the acting and reveal her evil self so that she can be caught. Portia will worry about her daughter’s risky plan.

Speaking of Spencer, he will help Alexis with some leads. She will be looking for some truth, so Spencer will spill the recent chaos in the Cassadine family. Fans know that Spencer told Esme that he is the father of the baby. So, he is cooking something and might be distracting Alexis from his plan. Unfortunately, both Trina and Spencer are unaware

of the fact that Esme is not the hook killer.

Finally, PCPD will interrogate Josslyn as well. They would want her to answer why she never told them about the attack. The hook killer first wanted to attack Josslyn, which she never alerted to the cops. Josslyn won’t want to put Dex in some trouble, so she will continue to give keep mum. However, Diane will come to help Joss in the end with her legal team. Keep watching General Hospital on ABC network. For more updates and spoilers, visit our website, TV Season & Spoilers.